Home All Eustress, I stress, We all stress! What happens when we are in-the-grip?
AllHumorResilienceStress

Eustress, I stress, We all stress! What happens when we are in-the-grip?

I was talking about positive stress, Selye’s eustress, with a friend this weekend as she bemoaned a too easy and too comfortable life. She compared her current state to her earlier corporate role where eustress and distress were constant companions. She left because distress outweighed eustress. But here she is a few years later concerned that she’s thrown the proverbial baby out with the bath water.

How much stress is just enough? 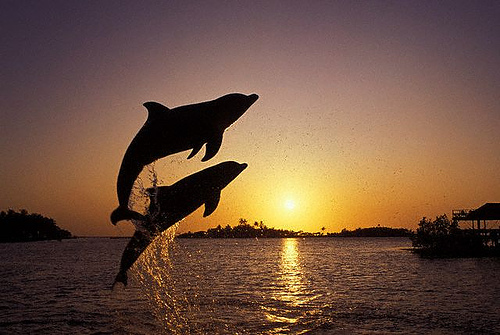 We discussed the benefits of eustress. It helps us increase our skills and confidence and gives us the frisson of adrenalin as we set ourselves goals that we feel mildly terrified by.

She decided she wants eustress without distress…. but not too much eustress at that. If she could experience eustress once a quarter that would be enough.

It got me wondering about what is a good amount of eustress in a flourishing person.

Eustress Monsters
The corporate world is full of Eustress Monsters. They thrive on it. Especially those that hire a coach. Often their biggest horror is of coasting, being bored, or staying in their comfort zone. So off they go with another set of challenges whenever they start to get comfortable.

But there’s a fine line between eustress and distress. In fact, physiologically the body knows no difference between the two, but psychologically there is a world of difference. One is relished challenge. The other is being overwhelmed.

The Shadow Side of Psychological Type

I have observed that high performing executives respond well to the Myers Briggs Type Inventory (MBTI) based on Carl Jung’s work on Psychological Types.

“Isabel Briggs Myers can be seen as an early positive psychologist …She was not willing to see type mainly as a set of weaknesses but as a set of strengths. There is, therefore, inherent in the MBTI™ the view that all of the 16 types have definite strengths which can be built on. The MBTI has been used internationally for decades and is supported by considerable research.” The Center for Confidence website in Scotland 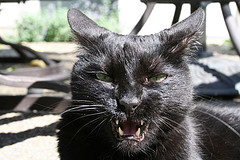 Naomi Quenk’s book, Was that really me? How everyday stress brings out our hidden personality, is based on Jung’s theory that when we go through major stress, our dominant personality type gets subverted so we present a shadow side to the world. We tend to have a strong sense of being “Not quite myself”. Quenk refers to this state as being in-the-grip.

Each of the 16 personality types profiled by MBTI has its own unique in-the-grip pattern which highlights the stressors, typical behaviors, and strategies for returning to equilibrium.

Whenever I share in-the-grip profiles with clients, an extraordinary thing happens.

They start to laugh… 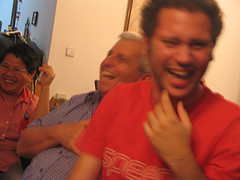 Humor about being in-the-grip reminds people of their innate selves and strengths. Since type descriptions tend to be spookily accurate, they resonate with client, who are reassured that they are not alone. Their stress-related behavior that seemed so abnormal has been captured as a natural response to certain stressors, albeit different for each type. People are simultaneously aware of the unpleasant effects of being in-the-grip and reminded of their strengths. They laugh out loud when they see the incongruity of the absurd and unfamiliar behaviors that replace their normal strengths and gifts.

For example, I have a client whose preferences are extroverted, intuitive, feeling, and perceiving (ENFP). His strengths include ideas, creativity, and a big-picture, people-centered approach to problem solving. But when he is in-the-grip, he obsesses about tiny details and gets stuck. Something that normally would register as a only a miniscule problem suddenly seems insurmountable.
Normally open to ideas from his team, he becomes stubborn and rigid. ENFP’s can also become overly obsessed with health issues, convincing themselves they have hideous diseases. Right now, many in-the-grip ENFPs are probably convincing themselves that they have swine flu at the first sniffle.

When these quirky and uncharacteristic behaviors were pointed out to to my client, he instantly saw the funny side!

People can also recognize that the others around them are experiencing type-specific in-the-grip patterns of behavior as well. As they learn to see the signs of their own distress, people can develop strategies for returning to eustress. I remind them to

So when eustress tips into distress and a great challenge overwhelms you, when you find yourself in-the-grip, I recommend rereading your stress profile and having a good hard laugh at yourself to get back on track.

Fiona, thanks for bringing out the points on eustress and MBTI — both great topics. I think your point on “in the grip” at work is highly valuable.
Thanks,
Christine

Wayne,
Your comment made me laugh. As my cowboy uncles would have said, “Them’s fighting words,” for this crowd.

I have found MBTI to be a fantastic tool for helping people understand ways that they are different from other people. In fact, it’s one of the few tools I’ve encountered that leads to social rather than just individual understanding.

MBTI has been around 50+ years, and a lot of practical knowledge has accumulated around it. Maybe it’s early days yet for the VIA.

Kathryn, Glad I made you laugh. It fits with Aren’s article.

I agree MBTI is a great tool – I have always used it to enable people insights with how they interact. You have really helped me to understand why I think the VIA is o limited use.

Don’t you think its ironic that community and relationships are a big part of PP – yet the most popular instrumnet in PP (the VIA) is highly individualistic.

So I guess I’ve just continued with the cowboy theme