Emily vanSonnenberg, MAPP '10, designed and teaches the UCLAx course, Happiness: Theory, Research, and Application in Positive Psychology. She operates a private practice helping people cultivate meaningful and fulfilling lives, and consults for organizations on how to create desired outcomes and increase well-being. Through her articles and speaking engagements, Emily translates psychological research into practical guidance and goal-directed strategies for the general public. Full Bio. Emily's articles are here.

Editor’s Note: This is the first article by a new contributor to PPND. Welcome, Emily! This article will be followed soon by an article on setting New Year’s Resolutions.

We added Caroline Miller’s book, Creating Your Best Life, to the reference list as a great, easily accessible resource for learning how to set and track goals effectively. 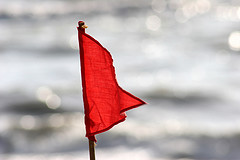 Celebrating the new year in the past week, I have found myself engaged in (or eavesdropping on, admittedly) conversations about New Year’s Resolutions and the goals people were considering. More often than not, people reported desiring similar and general goals. I mentally pictured a red flag waving frenetically above most of these conversations concerning the lack of specific plans for achieving the goals. This got me thinking about the achievement of goals and goal-setting theory.

Goal-setting theory is an effective method for achieving personal goals that has been examined since the 1960s and tested on over 40,000 individuals. The theory of goal-setting is based on Aristotle’s final causality–that is, action caused by a purpose.

One of the seminal goal-setting researchers, Edwin Locke, wanted to know the answer to the seemingly simple question: Why do some people perform better on tasks than others? He began examining this phenomenon by looking at what people were consciously trying to accomplish when performing a task. After decades of research, Locke and his colleagues have formulated a number of findings that simply and specifically state aspects that can lead to successful goal achievement. Below, are the elemental findings to keep in mind when setting goals:


Finding #1: The more difficult the goal, the greater the achievement.

Finding #2. The more specific or explicit the goal, the more precisely performance is regulated.

Finding #3. Goals that are both specific and difficult lead to the highest performance.

Finding #4. Commitment to goals is most critical when goals are specific and difficult. Goal commitment is the degree to which you are genuinely attached to and determined to reach the goals.

Finding #6. Goal setting is most effective when there is feedback showing progress in relation to the goal.

About two years ago, I taught Positive Psychology at UCLA to some eager and some (initially) bored undergraduates. Most of the 30 undergrads in my class were not psych majors. As a teacher, I had my own goals–the foremost being to increase students’ self-awareness, critical thinking, and successful pursuit of well-being. 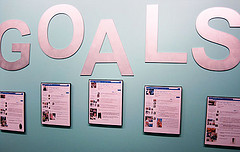 The one resounding truth I knew, from my own study and disciplined practice was: being happy takes work. I explained to my students that there would be two positive interventions they would individually have to engage in each day–no matter how much they did or did not want to do them. This strict requirement was one I was choosing to force upon them for their own benefit–my own goal as their teacher being that they would learn how to make these interventions a regular part of their lives. They were instructed to begin these daily interventions the very next morning.


One positive intervention these students were required to begin was something I call an Intention Journal. Here are the steps students were instructed to take:

I asked students to turn in their Intention Journals to me each week. The reasons I did this were: 1) To hold students accountable for their own pursuit of goal-setting; and 2) To give students feedback about their goals, methods, and progress.

Each week I measured the students’ achievements. I came to find that students who set specific, difficult, and achievable goals which they believed were important, and who were also diligent about giving themselves feedback regarding the progress toward their goals achieved their goals 92% more often than those students who set unspecific, easy, or extrinsically motivated goals and/or did not check-in each night to record the progress they had made. 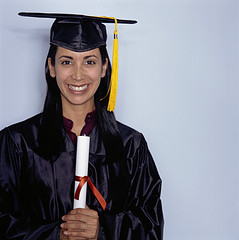 
I have been using an Intention Journal for 8 years–and it has worked wonders for me. Additionally, since the completion of the UCLA Positive Psychology class almost two years ago, I have received 24 letters from my former students. In each letter there was a mention of how setting specific, difficult, and attainable goals that were important to them had become a way of life–for they had experienced such positive results by being “forced” to record intentions for themselves each day.

The students seemed to realize that happiness does, in fact, take work and that achieving goals was an important factor that contributed to their happiness.

Well-being for Policy and for Life on Our Planet

Emily – interesting that the intention journal started of with a meditation.

Have to agree that thriving (happiness) is about doing things – i suspect this is the critical dimension in interventions – not the intervention themselves. Hence why I believe PP is mostly the Hawthorne (placebo) effect.

Emily, I found your article goal-stting to be helpful. Thanks.

Great article, and certainly a topic I’m also passionate about. I piloted a small study like the one you mention with your students, and had the same results. Although I don’t know how credible “What the Bleep Do We Know?” is as far as research, there was a professor in the movie who mentioned this approach, and called it “creating a neuro-net” of the day prior to actually getting out of bed and starting the day. It’s a self-regulation goal to actually do this, but it certainly seems to pay off. Well-done!

Emily,
Could you add a comment describing the brief meditation you had people do before thinking about their intentions?
Thanks!
Kathryn

Thank you for each of your comments and the interesting points you bring up; I am also glad the article was helpful. Currently, Oz, I am looking up the Hawthorne Effect–thanks. Caroline,like yourself, I am fascinated by the neuro-psych research, self-regulation skills, & goal-setting techniques that can be used (and are complemented by each other) to facilitate positive behaviors and new, positive habits; I’ll look back at “What the Bleep”–thank you ~

For those of you who are interested, in a soon-to-be-published article for PPND, I will include a how-to excerpt on the pre-Intention Journal meditation I taught my students in the UCLA class, “Happiness”. Stay tuned!

This is a great article and I appreciate how accessible it is for those of us who lack a lot of knowledge or experience in this field. I, too, am very intigued by the morning meditation suggestion combind with an intention journal. I would be very interested to see some more concrete examples of the kinds of intentions that, in your experience, lead to the best results. Great work and thank you for sharing your insight with us!

Oz, thanks for the dodo bird suggestion.
Shane, Thank you for your feedback. I’d be glad to set up a time to discuss positive intervention work with you ~ feel free to contact me.

Thanks for sharing this, Emily.

I think that simplicity in goal setting implies harnessing the power of the concept of “one.” It’s a deceptively simple idea, based on the wise observation of old that a journey of a thousand miles begins with a single step. Regardless of whether the thousand mile journey is an academic degree, a professional promotion, or an improved family relationship, it all begins with what you will do today to take one step.

I thoroughly enjoyed this article. Thanks for making this easily accessible and understandable for those that aren’t as well versed in Positive Psych. Premeditating on an achievable positive outcome for each day by making a personal promise to oneself sounds like a basic stepping stone to being healthy and happy on many levels. Looking forward to the next article!

Great article! I love the “Intention Journal” idea and that you are sharing it with sooo many people!

I’ve been doing something similar for years – with an added journal entry for “Things I am Grateful for” – in the mornings and evenings.

I’m looking forward to reading more of your work!

Thank you all for your comments.
Cathy and Troyann, I’m glad to hear this article was helpful for you! Troyann, we seem to both participate in intention & gratitude practices each day, and how effective it proves to be.
Calgary Psych, couldn’t agree more regarding simplicity and one step to begin creating the pragmatism of doing to facilitate being.

Thank you all for your comments, I love all your reading new ideas! Keep ’em coming!

Thanks Emily – any tips or tricks on maintaining the mindfulness in the hours between setting the intention & reviewing the accomplishment?

How do you nurture the getting things done habit?

I do have some tips, and they vary from person to person to ensure the fit is right and thus, sustainable. If you would like to learn tips for you, shoot me an email and we can further discuss.