My Dieting Becomes an Eating Disorder 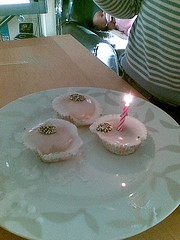 I put myself on my first diet when I was 12 years old. I was never terribly overweight, just a little chubby. But I was far from the unrealistic ideals I observed in magazines and on television. In my mind I was not attractive enough. I could not be happy until I achieved my ideal body type. For years I tried everything from Atkins, appetite suppressants, laxatives, Weight Watchers, exercise (without much consistency), timed meals, portion control and eating nothing but cabbage soup, down to the more extreme… bulimia.

Obviously I had an eating disorder, which I define as repeatedly having disordered thinking about body and food. I was binging to stop emotions and purging to maintain control in my life. I obsessed over food. At breakfast having my fat free yogurt and rice cake, I’d be planning what to eat for lunch and dinner. I counted calories, fat grams, protein, and, of course, fiber. Sometimes I marked this down in a book. Other times, I wore a Weight Watchers bracelet which tallied my “calorie points” and constantly reminded me to avoid eating “bad” food. The bulk of the information was in my mind, playing over and over again.

I knew that I could not spend the rest of my life that way. I told myself that once I achieved the body I wanted, I’d go back to eating normally. I thought the mind chatter and the need to throw up would go away. But I did not get the body type I desired from the approaches I was taking. My body was not the issue — my mind was.

According to Steck, Abrams and Phelps, perhaps “too much attention has been devoted to the presence or absence of maladaptive eating disorder behaviors (e.g. purging, laxative abuse, fasting) as compared to focusing on qualitatively different and positive actions (e.g. eating well balanced meals, exercising moderately, reporting positive body image.”

Savoring was my first positive psychology intervention on the road to recovery. I was given an assignment: Eat one meal a day in silence… no television, no reading, no driving, no standing, no walking, no talking … just my meal. 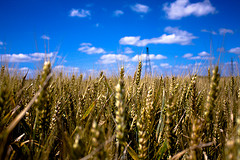 I went on to use what Bryant and Veroff call anticipatory savoring, basking, and thanksgiving. I turned gratitude into a meditation tracing the origin of my meal down to its roots. I expressed gratitude to my mother for preparing the meal… to the grocery store for offering the ingredients… to the vendor that sold the produce to the grocery store… to the people and machinery that picked the produce in the field… to the earth that gave rise to the produce… and to the sun for making the growth possible.

As I began to cultivate positive habits my maladaptive behaviors lessened.

Savor What You Eat 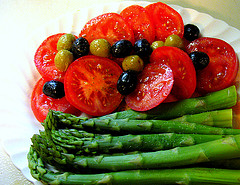 In an 8-week study of college-aged women with bulimia nervosa, Proulx found that the mindfulness-based eating treatment resulted in greater self-awareness, acceptance, and compassion, as well as decreased maladaptive behaviors such as self-loathing, disembodiment, and engaging in emotional and physical extremes.

In her article, Stories I tell my patients: Where are you when you are eating? Andersen recommends that her colleagues embrace mindful eating themselves so they can model this behavior for their patients.

I have witnessed these benefits first hand. My healing process involved years of positive psychology, mindfulness and meditation, yoga, growing awareness of how the body works, holistic nutrition, and exercise.

The hardest points were when I ate something “bad”. I had a silent threshold in my mind… a point of physical fullness that if I crossed I knew I’d force myself to throw up. I look back at those moments in my life as individual turning points- opportunities to give in to old habits or choose health and well-being. Savoring and slowing down were pivotal at those times. They gave me the gift of a few seconds to choose which behavior I wanted to indulge.

Over time, I’ve learned to express gratitude for food to nourish my body and give energy to it. This too was a turning point. Up until then, food was the enemy. Food was something that needed to be rationed. There were good foods, there were bad foods. There were foods that would make me fat and there were foods that wouldn’t. Although I knew that food is the body’s primary source of energy, that concept had never sunk in. Giving thanks for my meals made me aware that my body was worthy and in need of nourishment.

In that space of slow, deliberate, savored eating, I learned to work with my mind chatter and my emotions. I became more aware of my body’s cues… when I was hungry… when I was full. It took less food to bring me to fullness and I did not take myself to that stuffed threshold. I found subtle flavors in simple fools. I began to enjoy eating in a qualitatively different way than I had before.

Savor Your Next Meal

Whether the food you eat is a battle or a simple necessity, there is room to improve the quality of your life by savoring more. Here are applications of savoring that you can use with your next meal: 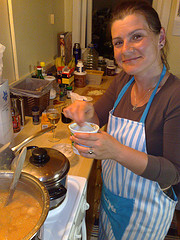 The Joy of Preparing food

Luxuriating:. Make your meal a full body experience. Engage all your senses.

Your Body is a Temple.

It took me years to fully grasp that my body is a temple, and years after that to learn to honor it and care for it. It’s been worth the effort and at times struggle. Today I can truthfully and gratefully say I love my body, my strength, flexibility, coordination, and beauty. Savoring is not just an approach for increasing one’s well-being. It has the potential to be preventive medicine.

Recent studies have included mindful eating training as part of weight loss interventions. Forman and colleagues studied the promotion of mindful eating habits in a 12-week trial. Participants lost an average of 6.6% of their body weight and 9.6% at the 6-month follow-up.

Moving: A Metaphor for A Life Transition