Home All Got Grit? Start with Mindset
All

Got Grit? Start with Mindset

Human beings are creatures of habit. We look for patterns, routines and shortcuts to maximize our expended energy. The need for speed also leads to increased desire for immediate gratification. In an age of e-mail, on-line shopping and text-messaging it is easy to get sucked into wanting things to happen quickly, and if they don’t, it’s easy to give up.

In his “Last Lecture,” Randy Pausch put a picture of wall on the screen. He said when a wall appears in front of the things you want, the wall is not there to say do not do it. Instead, the wall is asking, “How badly do you want it?” Essentially, he was calling on his audience to develop what researchers such as Dr. Angela Duckworth refer to as grit. 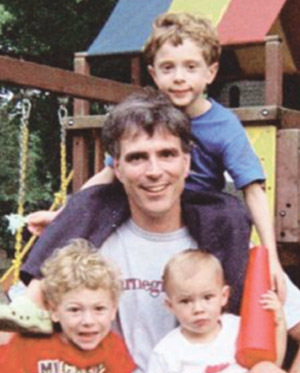 Grit is defined as perseverance and passion toward long-term goals (Duckworth et al. 2006). Gritty people tend to persevere, self-regulate and push themselves toward success. Drs. Angela Duckworth and Martin Seligman (2006) found that the correlation between self-discipline and achievement was twice as large as the correlation between IQ and achievement.

Author Jack Canfield says that if your goal is to chop down a tree (the environmentalist in me urges you not to, of course), and every day you go out and take five swings at it, you will eventually knock it down. It makes sense that putting effort and perseverance towards a goal enables you to achieve it. The question is why do so many people fail to persevere?

Duckworth et al. (2006) discuss grit on the dimension of sustaining effort and interest. In our world, there are a number of barriers to developing grit.

Attention is a hot commodity in an era of the World Wide Web, advertisements and endless choices. It is easy to get swept away into the world of options, which is fabulous for ambition yet a barrier to long-term goal achievement. Getting excited about multiple projects makes it difficult to maintain interest and cultivate grit.

As a coach, I have worked with many people that want to leap from being at step 2 to step 20 in no time because of their enthusiasm to move on to the next project. Again, great for motivation, but a barrier to developing grit towards accomplishing their goals. I recommend that clients keep a list of things they want to accomplish in the future. This list reminds them that they will get to it eventually and enables them to focus on their current project. 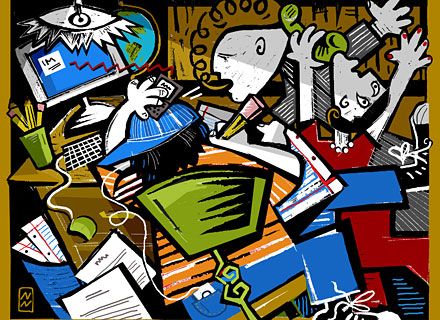 I recommend cultivating conditions for flow (Csikszentmihalyi, 1990). We have found ways to spice up the project and create more flow by utilizing more of their strengths. Make short term tasks that lead to long-term goals by dissecting them into manageable, achievable tasks and make them more-game like with rules and guidelines.The second dimension for grit is effort. Achievement, according to Duckworth et al. (2004), is a product of talent and time spent on a task.

This is a difficult message for people to embrace who believe in fixed intelligence or proclivity for success. That belief is what Dr. Carol Dweck refers to as fixed mindset. Those in a fixed mindset tend to believe that effort is a bad thing, if they have what it takes to be smart, gifted or talented by nature than they should not need much effort. This type of belief decreases the motivation to work towards long term goals.

Interestingly, according to Dweck, simply learning about fixed mindset causes changes in people’s belief systems. They are more likely to accept a growth mindset- or the belief that effort, embracing challenges and seeking out learning opportunities is a stronger predictor of success. This encourages developing a grittier perspective, contributing to wanting to put more effort and time in.

A few years ago I completed the NYC half-marathon. This was a stretch goal. I had never ran more than 4 miles in my life. It took grit to get to the race and even more to complete it. Nevertheless, afterward I felt so proud and the positive emotions were self-reinforcing.

The mantra of the Army is, “Be all that you can be.” Grit, perseverance and self-regulation towards long term goals can make that happen.

Editor’s Note: This article is included in the Persistance chapter of the Positive Psychology News book, Character Strengths Matter.

Rozin, P. (2006). Lecture for the Masters of Applied Positive Psychology.

Using the Power of VIA: An Interview with Practitioners

Emiliya,
I feel so strongly about what you write. I once – years ago – wrote a blog post about How to Achieve ANYTHING in Life, and I still stick by it. It’s just like you say in your “Antidotes to Grit Avoidance”: it’s breaking a task down into smaller parts and just knowing that I’m going to make the effort every day.

I also love it when two positive psychology concepts are combined like here: grit and mindset. Much thanks,

Really nice piece Emilya
This is such an important topic and you cover it with great balance. Perseverance, passion and resilience. No doubt folk will argue over constructs but the sociologist in me is reminded mostly of Fromm’s 3-modes: being,having, doing. No point in searching for the ‘grit gene’ for it is a doing construct.
Best
Angus

“Got Grit? Start with Mindset” is your best work so far. It is a bit of a teaser, though, and this is a very good thing. The best part of applying the science to real lives is that contexts are ever-shifting. Certain tips will work better or worse depending on the variables. Got Grit…brushes the surface of applying grit to reality. I can’t wait for more.

Emiliya, Grit sounds like the big 5 personality dimension of conscientiousness. Is there a difference?