Home All The Biology of Happiness
AllDecision-MakingHealth_1 Positive Experiences

The Biology of Happiness

How does happiness work in the body?

Ever fantasize about duplicating yourself? Like when you want to go to your kid’s little league game and be at an important business meeting at the same time? Imagine a world where there is not one, not two, but trillions of you! (Yes, that would require lots of retirement condos in Florida.) Welcome to your body!

Who Are YOU Biologically?

According to Dr. Bruce Lipton, author of The Biology of Belief, “you are a cooperative community of approximately 50 trillion single-celled citizens.” (p. 27). That’s trillions of “Mini-Yous” which breathe, eat, work, laugh, have fun, and yes, even mess up. Cells specialize and band together to form what you affectionately refer to as your skin, eyes, heart, or liver. Each of your cells knows that it is you, but also knows that it is a liver cell thanks to the genetic

material in the nucleus. Since the nucleus holds DNA and sends forth RNA to the rest of the cell to create proteins, it has been thought of as the powerhouse or the brain of the cell.

How Cells and Moods Relate

Here is where the mystery starts: if DNA is the powerhouse of the cell, then is it true that your happiness is set at birth?  Not exactly.

Yes, the genes in your DNA have a role. For example, there are genetic differences among people that affect the production and transportation of serotonin, a neurotransmitter that modulates anger, aggression, and mood. Thus you may be more genetically prone to depression and experiencing less happiness than some other people because of the genes that control your serotonin system. But believing this is the whole story is a recipe for learned helplessness. Truly believing you are doomed by genetics may prevent you from ever taking steps to make positive changes in your life. Happiness and life-satisfaction levels are only partially pre-programmed. Making yourself happier is not as futile as trying to make yourself taller.

Research by Drs. Ken Sheldon, David Schkade and Sonja Lyubomirsky, show that changing your happiness level is worth the effort. Approximately 50% of the variation in happiness across individuals in a population is genetic, 10% of it is situational and, 40% of it is attributable to behavior and thought patterns.  Recent debates on this topic show some researchers believing in an even lower genetic component.

If Your DNA Is Not the Boss, Then What Is?

What other parts of the cell affect smiling?

According to Lipton, DNA does not predict how the cell will act. DNA simply functions as a blue print that can be interpreted multiple ways.

External stimuli from the environment cause the cell to act in a specific way. When an estrogen molecule gets near a cell with an estrogen receptor, the molecule uses a lock-and-key method to bind itself to the outside of the cell. Depending on the blue-print of the cell, that estrogen can cause the cell to reproduce, or produce hair, or do other estrogen governed actions. This means that the brain of the cell is not solely the nucleus.  It is also the cell membrane. (Click here for an animated description of this process). 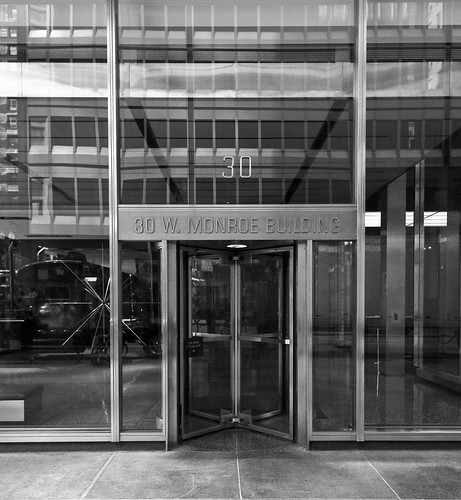 Is this wide cell membrane surface really what makes you giggle?  Think of the cell membrane as the entrance to a highly secured office building. Revolving doors regulate the flow of people coming in. The cell membrane does the same thing through protein receptors and channels, fondly referred to as Integral Membrane Proteins (IMPs). The cell membrane reacts to physical proteins and vibrations such as light, sound, and radio frequencies. Compare the different sensations you feel in your body when you are listening to heavy metal music compared to hard rock. That acoustic frequency is actually permeating your cells, causing them to respond a certain way.

Lipton (2008) further demonstrates how our reactions and interpretation to the stimuli in our environment affect our cells. Each time you get stressed out, your body pumps out adrenaline, which gets registered in cells through the membrane. Cells try to move away from toxins. The body snaps into fight or flight mode with blood shooting to your extremities and away from the visceral organs that sustain growth. (See Wayne Jencke’s discussion of the sympathetic nervous system.) Negative emotions, triggered from our interpretation and responses to our environment, keep the cell in protection mode. According to Lipton, “Most biological dysfunctions (except injuries due to physical trauma) start at the level of a cell’s molecules and ions” (p. 110). Hence, diseases are attributed to some form of stress.

How Can You Talk to The New Boss?

This means that we are a product of our interaction with the world around us. We can choose the quality of our interactions and our responses to them. According to Lipton, “Genes are not destiny! Environmental influences, including nutrition, stress and emotions, can modify those genes, without changing their basic blueprint” (p. 67). Positive interventions such as expressing gratitude, putting healthy foods into your body, spending time with friends, dancing and singing, not only contribute to your happiness, but make biological changes in your body.

Lipton, B. (2008). The Biology of Belief: Unleashing the Power of Consciousness, Matter, & Miracles Hay House.

Lipton, B. (2006). The Wisdom of Your Cells: How Your Beliefs Control Your Biology. Audio CD from Sounds True.

Lyubomirsky, S. (2001). Why are some people happier than others?: The role of cognitive and motivational processes in well-being. American Psychologist, 56, 239-249. Available here.

Lyubomirsky, S. (2008). The How of Happiness: A New Approach to Getting the Life You Want. New York: Penguin Press.

Leave a Reply to wayne jencke