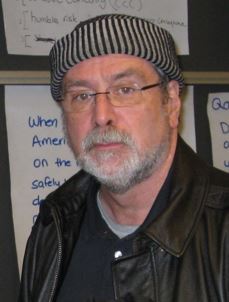 Eleanor Chin, MAPP '08, is a life and executive coach. Founder and President of Clarity Partners Coaching and Consulting, she works with institutional and individual clients to support them as they navigate change, create inclusive and dynamic systems, and leverage strategic strengths for growth, learning and competitive advantage. Full bio.

Eleanor's past articles are here.

At the Third World Congress of the International Positive Psychology Association, Chris Peterson was on the minds of many as they went from event to event. Chris had, for example, been the chair of the First Congress in 2009. But the Saturday evening awards ceremony was a time for three special tributes to the man who reminded us that positive psychology can be summed up in three words, “Other people matter.” 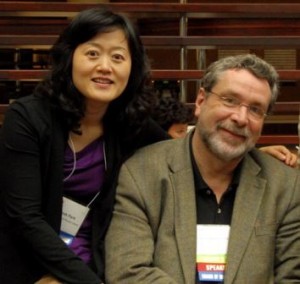 Chris Peterson used to say that Nansook Park was not only his closest collaborator for over 10 years, but his best friend. So when she took the podium to deliver her very personal tribute to Chris, Nansook brought Chris to life again through her images, stories, tears, and laughter.

Nansook told a conference audience of over 1000 people stories about Chris’s approach to life through the lens of his work. Chris attained the good life for himself and others through positive relationships, engagement, playfulness, integrity, and character strengths. He valued his relationships with people, never spoke ill of anyone, was a fiercely loyal friend, and brought fun and laughter into most interactions. Nansook described Chris as believing that “people need one another to thrive.“ And he “shared their joy with no hidden agenda.”

She told us that Chris Peterson, a world renowned and respected researcher, writer, and innovative thinker, thought of himself first and foremost as a teacher. He took pride in his profession, enjoying his students immensely and constantly studying how best to connect with them individually. Nansook reported that Chris’ well-known love of Michigan football and sports initially came out of his desire to find a better way to connect with his male students. He also took great pride in his lectures and would stop by Nansook’s office daily to grade himself on his lectures, usually giving himself an A or A-. Even with lectures that he repeated often, he would change them each time because he “found it boring to do the same lecture” and if he was bored, surely, his students would be too. 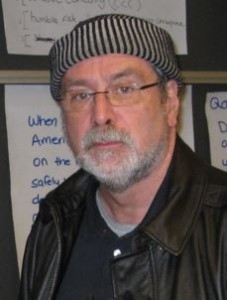 Chris in his cap
Courtesy of Shannon Polly

Being boring was anathema to Chris. Nansook reminded us that Chris would say “Whatever you do, don’t be boring.” I recalled that Chris often said this to explain his irreverent or outrageous humor. So to honor Chris’ style, Nansook donned a knit hat that was a favorite of his. She wore it for the rest of her talk. This hat also made the point that even his sartorial choices were unpretentious. It was a simple knit hat that a student had left behind in a classroom. Chris dutifully turned it in to Lost and Found, then tracked it for a year. When it wasn’t claimed, he cheerfully adopted it and wore it daily.

Two of the most touching points Nansook made were about how Chris intentionally shaped himself around his good life philosophy. Not an optimist at heart, Chris worked on an developing a more optimistic view of life. He also had a fear of flying, but because he was invited to speak at conferences around the world, he decided that he ought to learn to at least tolerate flying. Indeed his travels around the world and the people he met through them became some of his greatest pleasures.

Thus Chris Peterson was made vivid again for 45 minutes through Nansook Park, his best friend. Thank you, Nansook for sharing these precious memories of a beloved human being who still has so much to teach us about the good life.

Editor’s note: The next two sections were added by Kathryn Britton as part of her series on the IPPA Third World Congress. They definitely belong with Eleanor’s report on Nansook’s tribute. 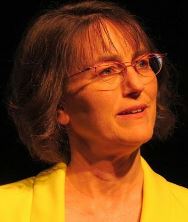 At the end of the awards ceremony, Barbara Fredrickson was awarded the Chris Peterson Gold Medal Award, the most important award given by IPPA: “It should be conferred on the member whose career exemplifies the best of positive psychology – at the personal, professional, and academic levels.”

As she accepted the award, Barbara Fredrickson stated that in the spirit of “Other people matter,” she intends to match the award amount to create a travel fund to help more of her students attend conferences such as the IPPA World Congress.

Tribute 3: A Challenge from Martin Seligman

Following Nansook’s reminiscences, Martin Seligman rose to honor Chris in another way. He stated that times of celebration and times of mourning are times for scholarship. He invited people to rise to the challenge of finishing Chris’s unfinished masterpiece.

Chris was someone who did what he said he’d do and got things out the door. Yet, even though he said he’d address the problem below, he never finished it. It’s a hard problem, one that one or more others may want to take up.

The idea has two parts:

Seligman showed a chart that Chris had been working on. Some of entries in the table included: 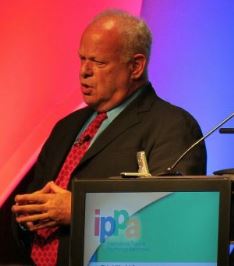 The larger challenge is to explore the usefulness of this theory-based way of thinking about mental disorder. Are Peterson-based disorders treatable? For example, Despair can be addressed with Cognitive Therapy, Loneliness with anti-shyness training. Could understanding mental disorders this way lead to more effective choices of therapies? Could building strengths provide protection against mental disorders?

Seligman concluded that Peterson had left his greatest project undone. Who will rise to the challenge of completing it?

Images
The first two pictures were attached to the article above, the tribute to Chris Peterson given shortly after his death.

The pictures of Barbara Fredrickson and Martin Seligman are used courtesy of Lesley Lyle.

Authenticity in a stocking cap. Does it get more real than that? To know Chris was to love him. And I did. THANK YOU for sharing these tributes, Eleanor. I still get teary.

Thank you Eleanor and Kathryn
I met both Nansook and Chris in Grimsby Ontario in 2010? where they gave their introductory workshop on Positive Psychology to a room full of social workers. It was a turning point for me. Up to that time I had been reading Dr. Seligman’s work. Nansook and Chris, through their presentation, enthusiasm and knowledge spurred me on to continue my learning. I am now working toward a BA in Psych and intend on going far beyond this into making PP a career path. I last saw Chris at the International Conference on Personal Meaning in Toronto last summer. I regret having not taken the opportunities to speak with him, because of my own shyness. I mourned too his loss and the loss of all of the knowledge that he would have imparted to us, had he continued to live. I was very sad that he would not be able to continue the work he loved so much.
Thank you Eleanor and Kathryn for honoring this wonderful man. I sure hope someone takes up the challenge of completing his work as Dr. Seligman suggests.

Thanks Judy and Diana for your thoughtful and heartfelt comments. This article was an honor to write.