Enlightened Action as an Overarching Metastrength 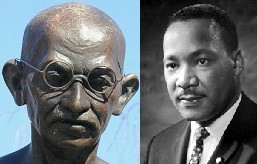 For a 25th strength, I propose a meta-strength built on global awareness that I call Enlightened Action. This new strength can be aligned among or above the six virtues of wisdom, courage, humanity, temperance, and transcendence. Enlightened Action means honoring, respecting and healing our relationships with humankind (our family) and the Earth (our home).

“The idea of what is true merit should also be often presented to youth, explain’d and impress’d on their minds, as consisting of and inclination join’d with an ability to serve mankind” – Ben Franklin, Proposals Relating to the ?Education of Youth in Pensilvania (sic),
Philadelphia, 1749

“Responsibility does not only lie with the leaders of our countries or with those who have been appointed or elected to do a particular job. It lies with each of us individually.” – The Dalai Lama

“Man can no longer live for himself alone.” – Albert Schweitzer

Addressing Blessed Unrest
In Blessed Unrest, Paul Hawken discusses the direct relationships among climate change, poverty, disease, and the degradation of the environment. Though value and ethics are ingrained in us, there have been no new systems for delivering them in our post-industrial way of life. He argues that the industrial era has destroyed kinship, trust, and human dignity. Despite chronicling global violations and concerns, Hawken finds optimism through positive movements dedicated to livelihood, food, security, peace, a stable environment and freedom from external tyranny.

Hawken reflects on the early sages, like Socrates, Plato, Lao-tzu, Confucius, Buddha, Jeremiah, and Rabbi Hillel, who inspired compassion, a moral life, and a call to action. These moral exemplars talked of a sacred life and urged their followers to act with compassion and empathy. Hawken believes that we are united by values and ideals that are universal and have existed for thousands of years.

One Person Can Make a Difference
Hawken believes one person or group can make a difference in the world, inspiring a series of events. He says Emerson’s essay, Nature, a manifesto for transcendentalism, inspired Thoreau. Emerson suggested Thoreau keep a journal. Thoreau went to jail when he protested against the poll tax and the Mexican-American War. Thoreau’s written works, posthumously titled Civil Disobedience, inspired Gandhi in 1906. Gandhi built a mass movement through Satyagraha, a philosophy and practice of nonviolent resistance, bringing to life the vision in the Bhagavad-Gita of the spiritually secure, peaceful warrior aware of the inviolable divinity within all beings. Together, Gandhi’s biography and Civil Disobedience inspired Martin Luther King Jr. and helped propel the civil and human rights movements.

All Our Actions Matter

Including Enlightened Action as a meta-strength can raise awareness that all our actions matter. It can inspire actions that build social capital, and contribute to comprehensive environmental well-being, sustainability, protection of cultural and anthropological heritages and worldwide social justice.

Enlightened Action is based on mindful consideration of the connectedness humankind and the earth. In Bowling Alone: The Collapse and Revival of American Community, Putnam discusses communitarianism, an intellectual wave aimed to restore social cohesion.

The Time is Now for Appreciative Inquiry 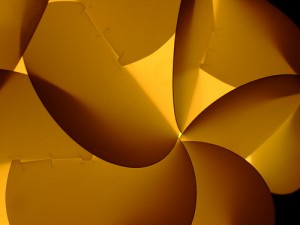 This call to Enlightened Action is about promoting strengths that already exist among people and taking the concepts of corporate social responsibility and social entrepreneurship to new levels within the values in action (VIA) framework. David Cooperrider’s brilliant Appreciative Inquiry approach is compelling here as well. For example, we can use appreciative questions to celebrate the best of what is, imagine what might be, design what should be, and create what will be.

With Enlightened Action, we can build positive interventions for people who are suffering. We can also build accessible positive organizations that anticipate humankind’s needs and use all of the strengths in new ways every day to meet them.

“Sow a thought, reap an action; Sow an action, reap a habit, Sow a habit, reap a character; Sow a character, reap a destiny.” Anonymous

James Pawelski says “Meliorism is idealism with action.“ Coined by George Eliot, meliorism is defined as “the doctrine that the world or society may be improved and suffering alleviated through rightly directed human effort.”

From the care of families here and around the world, for the implementation of a compassionate health care system, to war-torn families, where there is suffering, despair, hunger, and violence, we need to provide a vehicle for positive change.

Enlightenment
What we do and how we act matters.

Chris Peterson posits that optimism is not just an individual agency, but also a collective agency, and that collective optimism and collective strengths are powerful together. Adding a new meta-strength of Enlightened Action shines light on the need to build greater understanding among peoples and to work together toward a new vision of hope and healing for our planet and all of humankind.

Love of Learning and the Engaged Life: The VIA Interviews, Part I