Flourishing with the Positive 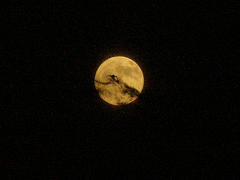 I am the voluntary leader of a religious congregation of over 400 members.  Like many churches, we have various auxiliaries and organizations to meet the needs of our membership.  These include organizations for the young men, the young women, the children, the men, the women, the single adults, the poor and needy, the unemployed, and a Boy Scout Troop.  Every other month or so, I invite the leadership of these organizations to my office for a stewardship report and update.

Early on, I noticed that the leadership teams came prepared to discuss the things they were struggling with and the things that were going wrong in their respective organizations.  “Our last activity was a disaster,” or “the attendance at our last meeting was disappointing,” or “we don’t have the volunteers we need to run our program,” were common reports.

If I were to take these reports at face value, I would have to conclude that our congregation was really struggling.  However, as I interviewed individual members of our congregation, I heard stories of hope, gratitude, and faith.  These stories came from people who were benefiting from the fine work the leadership teams were doing.  Something was off. 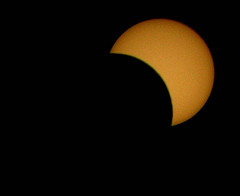 Seeing the Light instead of the Shadow

When the next round of stewardship meetings came up on the calendar I decided to try something a little different.  At the beginning of each meeting, I thanked each leadership team for their work and asked them to share three things that they were proud of and that were working well.

The reactions and responses were very interesting.  Some were absolutely stumped.  It was as if they had been so focused on fixing problems that they missed all the wonderful things happening in their organizations. Some thought it was a little odd to talk about the positive things assuming that everyone already knew the good stuff.  Others were almost relieved to finally have a forum to share the things they were doing that brought them so much satisfaction.

I noticed that by beginning each meeting with the positive the tone of the rest of the meeting changed completely.  Instead of feeling like we were digging out of a hole, we felt like we were on top of a mountain surveying a beautiful landscape.  Of course we still discussed the struggles and the challenges, but this discussion came from a much more optimistic and hopeful context and the ideas flowed freely.

Barbara Frederickson and Marcial Losada, both noted researchers in Positive Psychology, have studied this phenomenon.  They observed the contrast between flourishing and languishing.  Frederickson’s “broaden-and-build theory holds that unlike negative emotions, which narrow people’s behavioral urges toward specific actions that were life-preserving, positive emotions widen the array of thoughts and actions called forth (e.g., play, explore), facilitating generativity and behavioral flexibility.”

They also observed that “high ratios of positive to negative affect (emotion) would distinguish individuals [and teams] who flourish from those who [languish].  Several recent research reviews have concurred that ‘bad is stronger than good.’  The implication is that to overcome the toxicity of negative affect and to promote flourishing, experiences of positivity may need to outnumber experiences of negativity.”

That’s what was happening to the leadership of our church organizations – the toxicity of the negative was overpowering the positive.  By simply focusing on the positive first, we began to push back the negative tide.

Losada calculated that the “tipping point” ratio of positive to negative is 2.9013.  This means that it takes 2.9 positive feelings, experiences, expressions, thoughts, etc. to fend off the languishing effects of one negative.  This 2.9 tipping point is call the Losada Line.  His calculations demonstrated the tenets of Frederickson’s broaden-and-build theory.  “As predicted by the theory, higher levels of positivity [beyond 2.9 positives to 1 negative] are linked with (a) broader behavioral repertoires, (b) greater flexibility and resilience to adversity, (c) more social resources, and (d) optimal functioning.”[iii]

In addition to all this research and science, it’s just more fun to celebrate the positive and the successes.  Recognizing what’s working well also recognizes where there is strength.  Leaders can then leverage this strength to “broaden and build” their organizations in other areas.  I have also noticed that the leaders who continue to languish are still focused on the negative while the leaders who are flourishing – and happy – leverage the positive and keep the negative in perspective.

My “meeting opening” questions include the following:

Relative to your leadership role…

In the words of an ancient prophet, “…behold I say unto you, that by small and simple things are great things brought to pass…”[iv]  I hope this helps you to flourish in your leadership roles and to bring to pass great things.

Love & the Capacity to Love

Great application! Great analysis! Way to go, Doug. I’m forwarding a link to this post to a pastor friend!

What an absolutely wonderful article. Great to see your opening questions. Thank you, Doug.

Regarding the fact that it takes almost 3 times as many positive comments to overcome one negative comment. That explains why a few negative students in a classroom can have such a profound effect. I always thought as a teacher I have to work harder to overcome the negative vibes some of my students send out. It’s not a tit for tat situation. I like your meeting questons as well. I’m going to ask my students to reflect on these questions in their journal. Thanks. I think I might pass them on to admin as well.

Thanks for the encouraging article, using positive reports in organizations to build and broaden positive direction. I’m impressed with and pleased by the web site. Although spending some unexpected time looking at it, I have already gleaned quite a bit to help. Thanks!

A great comment from Marcial Losada himself is on the site here. It turns out that there is a range between about 3:1 and about 11:1 for positive to negative comments.

Another cool thing to do with students is to have them take the VIA Signature Strengths Survey (www.authentichappiness.com). John Yeager (see his articles here) and I use it with our students.

Did you know that there are two organizations that specialize in bringing Positive Psychology to the field of education? Both are staffed by graduates of UPenn MAPP (and are authors on this site) and you might want to look at them:

http://www.flourishingschools.org and http://www.studentflourishing.com
The former site is in development. The consultant coaches work directly with schools.

For example, a three-day on-site workshop introduces Positive Psychology constructs and research for schools, including:

Student Flourishing is an educational management coaching practice for children and families. Visit http://www.studentflourishing.com. The Parents Page is a blog with more information.

I’m so glad that you visit https://www.positivepsychologynews.com. I left a note on your blog, too.

Doug,
This reminds me of the story you told us at MAPP about how you changed the entire tone of the PTA that you ran. You are not only a great conciliator, you are a role model, too. I love the way you introduced this topic, blended in the research on Broaden and Build, and then ended with a biblical admonition that I’m going to write down and remember. Beautiful work. Thank you.
Caroline

This Doug Turner article is reprinted here at the Good News Network, a Daily Dose of News to Enthuse.

Good going, Doug! I am going to quote and comment from your excellent and moving article:

“Instead of feeling like we were digging out of a hole, we felt like we were on top of a mountain surveying a beautiful landscape.”

These evocative images are ACTUALLY the ones I get when I do a diagnosis of a teams’ pattern of interaction. If they are below the Losada Line, the dynamical trajectories in the computer generated graphs show what is known in nonlinear dynamics as a “fixed point attractor.” When people are in a fixed point attractor they feel as they have fallen into a black hole whose gravitational pull imprisons them in such a way that they cannot escape it. If they are above the Losada Line (P/N ? 2.9013) the graph generated is what I call a “complexor” (meaning “complex order”). The image that a complexor traces is that of a butterfly with it wings extended in flight, the symbol of transformation in many cultures. When you asked people to start their meeting by talking about three things that went really well, you gave them the wings to get out of the black hole of negativity.

And, finally, a note of caution. My research shows that there is ceiling to the positivity-negative ratio for it to work optimally: it cannot be above 11.6 to 1. Negative feedback has a proper place in an imperfect world.