Failing with Grace and Style

Yesterday I wrote about quitting, citing Streep and Bernstein’s new book, Mastering the Art of Quitting: Why It Matters in Life, Love, and Work.

Today I want to move on to failing, using Meg McArdle’s new book, The Up Side of Down: Why Failing Well Is the Key to Success.

Start-up (eventually successful) entrepreneurs glibly recommend this practice for new businesses. However, this four letter “f” word is more shocking than the well known scatological epithet. Let’s be honest, if yesterday’s topic, quitting, is a taboo, failure is an out-and-out expletive. As Seth Godin the prolific marketing writer says, “It’s much easier to whine and sabotage yourself and blame the client, the system, and the economy.”

Megan McArdle discovered not that long ago how failing can be beneficial nonetheless. Just note the subtitle of her book, The Up Side of Down: Why Failing Well Is the Key to Success, and you’ll see where she’s going. For instance, back in 2009 McArdle wrote a column on the virtues of bankruptcy for the Atlantic where she was a senior editor at the time. Today she is a columnist at Bloomberg View.

McArdle makes no secret of the right-of-center views that she has held through thick and thin, but in this book she tells a very personal story astutely supported by research with wide application while showing little sign of political bias. Her interview list is eclectic including figures like Carol Dweck and Daniel Gilbert as well as many others associated with positive psychology. 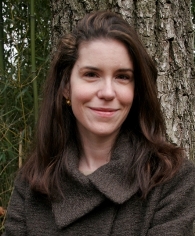 McArdle’s story targets disasters in key aspects of her life. She writes of failed career moves and relationships and a long destructive bout of unemployment. Of these unemployment was easily the worst. “The best way to survive unemployment is to adopt what you might call the Way of the Shark: keep moving, or die.”

What was the Upside of Joblessness?

Like the author, I hope this vicious circle never ensnares any of you! The upside of McArdle’s joblessness? During the downtime she became a steady, reliable blogger and eventually a successful, happy, very competent writer. Think also about what Streep and Bernstein write about quitting: Is it time to stop beating the dead horse of a now lifeless opportunity? Or should you just keep moving and biting no matter what, like the shark?

Context is everything and those of us who seek to reenergize clients facing big changes need to follow the endlessly repeated advice from the Kenny Rogers song, “… know when to hold ’em, know when to fold ’em.” Eliminate some of the gamble and read these two books.

Donald, another terrific review. It is interesting for those who write about failure that it is often in past tense. I follow several blogs where the writers are currently in the rapids of living and struggles that are very hard on them. If this were a sport and scores were being kept, they are very much behind, losing and failing to keep up.

Personally, for my greatest goals, I know that nothing in life has proven equal or better than those things I consider I have failed at. In fact, for many, it’s been worse. Related to your previous review on quitting, things I feel I have failed at are past intentions I have quit short of success.

For a long time there was a vital book/ebook market for “leadership.” Now the sweet spot appears to be start-up culture and the beliefs/mottoes it promotes. But what about the working poor family that cannot earn money to keep up with rising rents and find themselves evicted and homeless? Or the talented black female coder bullied out of programming due to the racism and misogyny of her mostly white, male cohort?

Has she failed, or has the culture failed her?

Thank-you. I’m really glad you enjoyed the review. Here’s my take on your observation. Every position assumed, be it metaphorical or physical, represents a perspective that necessarily has blind spots associated with it. The start-ups that succeed only do so after multiple failures along the way. Lots of evidence for that. Sadly, most of us don’t get a second chance and, as you point out, many don’t really have a first chance. At the core of this inequality is the widely accepted idea that each individual must personally find a way to acquire the right to fail without dire consequences. Success on the other hand, is more or less unconditional given the un-level playing field. Society unwittingly conspires to preserve the status quo because of our shared fear of change. However, start-up entrepreneurs get a free pass to both try and fail with impunity once everyone sees obvious benefit in what they promise. The talented black female coder you mention shows no such promise so nobody notices her. From a broader or more spiritual point of view the culture fails everyone unable to grasp the slippery pole. Evidently, most people neither accept the implied obligation nor believe in abstract collective social responsibility.