Review: Mastering the Art of Quitting: Why It Matters in Life, Love, and Work by Peg Streep and Alan B. Bernstein

Tomorrow, I will follow up with the review of a related book, The Up Side of Down: Why Failing Well Is the Key to Success by Megan McArdle.

One of the more gratifying aspects of living in the 21st Century is watching useless taboos melt away. Of course some taboos are more persistent than others. Among the most stubborn are those enshrined in powerful cultural admonitions against quitting and failure. Proof is furnished by the great burdens of shame and guilt taken on by those with the temerity to quit or fail. Or so we believe.

The many faces of resilience

In Mastering the Art of Quitting, Peg Streep and Alan Bernstein unpack systematically and skillfully what it means to quit from public myth to personal consequence. As they underscore, we all cheer for the little engine that could whether we’re 4 or 84. The disdain for quitting resonates through the nastiest of schoolyard epithets to the frosty tones of dictionary definitions. You don’t want to be known as a quitter.

There are good reasons too. The authors tell the cautionary tale of Jason who keeps leaving jobs, relationships, even cities just before he’s asked to actually step up. Always under-appreciated or under-challenged he doesn’t seem to mind drifting with no sense of purpose. His dark personal undercurrent is the fear of failure which rises to the surface as the required long hours, tedium, or demands set in. Time to travel on. Jason is a cultural archetype. Nobody wants him on the team. You can’t depend on him.

On the other hand, Streep and Bernstein write just as knowingly about Jennifer whose picky boss in her law firm will never find her work acceptable. Deep down she knows what this really portends, but instead listens to family, friends, and co-workers citing a thousand reasons why she shouldn’t even dream of hitting the bricks. We despair of the Jasons, and with a little more forgiveness, of the Jennifers too. Yet are we all that different from either of them?

Quitting is, after all, another name for change. The risk, as change agents know, lies in the grey middle area that William Bridges calls the neutral zone in his transition model. It’s likewise recognized as part of the need for proactive attention at each of the five stages of change that Prochaska distinguishes. If by quitting we recognize that often we mean renouncing nasty habits like smoking, we see the process in an obviously positive light. The die hard smoker’s tenacity is anything but heroic. 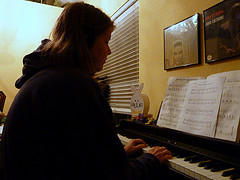 What if your child wants to quit?

Cognitive science, helps clarify the dilemmas of both Jason and Jennifer. Intuition sometimes says stop what isn’t working where thoughtfulness urges perseverance. However, if the pain or anxiety associated with quitting is overwhelming while the steady discomfort we endure by persevering is bearable day by day, our brains tend to see things differently. Consider the frog who perishes in the pot on the slow boil. So which voice do we listen to, and when? How can we distinguish short-term growing pains from long-term decay?

As the authors explain in their afterword, we are forced to attend to the narratives of our parents’ generation. Baby boomers’ parents struggled through the depression and a world war. Quitting then was the counsel of despair. Boomers, however, watched the damage of sunk cost thinking, of prolonged futile conflicts and obstructive reaction to essential change weaken the society they inherited. So how does a parent react when a child wants to quit an invested activity like piano lessons? How does a coach or therapist respond to the client who balks at continuing something that once seemed very important?

Reasons to quit can be hard to discern. Maybe at least as important is the way quitting is executed. Since we are bound to make mistakes and sometimes quitting, however well conceived, is very much a mistake, how do we mitigate the worst effects? Streep and Bernstein treat quitting as an objective to be pursued with careful forethought. 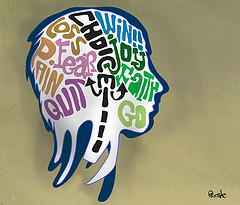 To quit or not to quit

The authors’ quitting strategy is paraphrased in Nara Schoenberg’s Chicago Tribune review as a process “…that involves evaluating the situation, figuring out whether your goals are achievable, clarifying your motives, managing the emotional fallout of disengaging from a goal, choosing a new goal, and gearing yourself up to achieve the new goal.” Or as Sonja Lyubmirsky, Kennon M. Sheldon and David Schkade discovered in a study on goal satisfaction “… the road to happiness – not hell as the adage has it – is paved with intentions.” Setting our intentions should start with disengagement from the old goal carrying through to creation of the new one. Sheldon and Lyubomirsky would also find intentional activity to be a greater determinant than improved circumstances in assessing satisfaction. How and exactly why we quit are as important as what we quit.

Mastering the Art of Quitting has even more science than art behind it. You’ve probably recognized references to the findings of Daniel Kahneman concerning our two competing thinking systems in this review. Throughout the 18 pages of end notes we see sources listed identifying roughly 50 additional authorities each appropriately cited for their work on goals, motivation biases, change, disengagement, willpower, impact bias, depressive realism and many other related topics. This is decidedly a popularly accessible book, but with real research bona fides.

Most coaches, therapists, consultants, advisors, and facilitators need to know much more about the values and true hazards of quitting. We all have to if we are to live our lives meaningfully in this unpredictable world where the capacity to move on with agility and minimal regret is obviously a huge advantage.?

Photo Credit: via Compfight with Creative Commons licenses
Piano practice courtesy of daveparker
To quit or not to quit courtesy of atelier renskeherder

On Monkeys and the Goddess: Fairness

Failing with Grace and Style

Timely article, Donald, related to where I am in my personal life. I just suffered a 4 year endurance siege with my former boss. Somewhere we had a misunderstanding, and my efforts to raise the issues to resolve them were cut-off, or reframed into my always being the one at fault because she always had to be the dominant one. Annual performance reviews became a modern torture device.

There were many double binds she placed me in. Once I identified why I felt I could never win (that is what a double bind does: damned if you take Door A; and to hell with you if you pick Door B) I would pick one of the ‘doors’ and brace for the criticism for not doing the other.

As I was approaching my mid-50s, agism is quite real, invisible and difficult to expose. I am also a male person of color …

As Hamlet noted:
Thus conscience does make cowards of us all;
And thus the native hue of resolution
Is sicklied o’er with the pale cast of thought,
And enterprises of great pith and moment
With this regard their currents turn awry,
And lose the name of action.

So, I hunkered down under the siege: she tried to make my work life miserable enough to quit, I stuck to my work and agreements and waited to be laid off. I grew up in a dysfunctional home (and world) so knew most of the gambits. She also had to hid her moves (no witnesses) or reveal herself to the whole office as a bad boss. Due to attrition I became the person doing 100% of the work on a project, firing me would create more problems than biding her time. Of course, I also was looking for other employment.

Eventually, as I knew it would, the time came where they could toss me overboard. They quit me! I’m swimming for shore.

I have a theme song for some current things I must quit internally (old intentions, beliefs, conclusions from failed efforts, etc.) It’s “Say Something” as performed by Pentatonix. https://www.youtube.com/watch?v=0dYlvdLdK9w