Surely This is No Secret 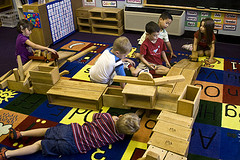 Being an only child, my parents saw me as somewhat at risk that first day of school. What probably most concerned them was separation anxiety when my mother left. They need not have worried about that. Any nervousness I felt was matched by the tantalizing prospect of exploring the unknown territory of junior kindergarten. Being just one of many little souls bounding around the tables from finger painting to rhythm band was perfectly fine with me.

What I was not prepared for was the stark absence of recognition of who I was or what I did. There were of course the gold stars and standard upbeat phrases routinely dispensed for showing up or paying attention and just as routinely discounted by every kid in class. Disapproval, on the other hand, was clear and specific. I learned the importance of acknowledgment by appreciating what not receiving it felt like.

Gratitude has long been appreciated as a powerful implement in the happiness toolkit. From early on Positive Psychologists have recommended the keeping of a gratitude journal. However, as Martin Seligman and others concede, after a while just recording blessings starts to lose luster. To keep energy high, gratitude must be paid forward – expressed as open acknowledgment which takes on a vibrancy of its own.

Judith Umlas, author of Grateful Leadership: Using the Power of Acknowledgment to Engage All Your People and Achieve Superior Results, has forged a successful, rewarding career out of acknowledging acknowledgement. As Senior Vice President at New York based International Institute for Learning Inc., she has lived her credo for 20 odd years through seminars, webinars, and one-to-one contacts exemplifying the benefits that her book title promises. I heard it in her voice when I interviewed her. This is no mere mantra: she believes deeply in the value of actual practice to both the acknowledger and the acknowledged.

In this book, Judy Umlas buttresses her own largely anecdotal evidence with several well known gratitude and acknowledgment studies. Her material is thoroughly documented, often in the words of her clients. To help consultants, managers, coaches and other professional practitioners, she has distilled her experiences into principles that even the gratitude averse can apply.

?
Starting with the very opposite

Judy Umlas has written about acknowledgement before. She published The Power of Acknowledgment in 2006 and before that articles for Working Woman, the New York Times, and the Chicago Tribune. However, the turning point which transformed her into an acknowledgment activist came from an unwanted kind of acknowledgment she received while working at CBS Television as an executive producer well into the final weeks of pregnancy. Out of that experience came the contentious, How NOT to Talk to a Pregnant Businesswoman, an article which even in 1986, did not find a welcoming publisher for some time.

The author explains how she began to realize how many people go wanting for acknowledgement throughout their working careers. She was touched to discover the care regular working people routinely put into high-level personalized service. Judy was even more surprised when she realized how often their dedication is ignored.

Is there a price to be paid for overlooking the contributions of people we work and live with? Gallup surveys suggest a strong link between full productive loyal engagement and acknowledgement. Moreover, reports and exit interviews show unacknowledged high performing employees often leave their jobs even when extrinsic rewards and intrinsic satisfaction are high. How many other important relationships unravel for the same reason?

Like every important change in our lives, learning to practice acknowledgement is often difficult. Consider the ingrained culturally sanctioned habits that prompt criticism over appreciation, starting with ourselves. Gratitude is crucial to acknowledgement. But we need to embrace the habit to realize its importance. Umlas summarizes what it takes to practice acknowledgment as five Cs: consciousness, choice, courage, communication and commitment. Courage especially. 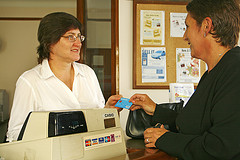 Judy Umlas lists several handy excuses associated with reluctance to acknowledge. Some suggest it is cheapened by overuse or looks like favoritism. I asked Judy whether corporate decisions to cut jobs and benefits might render earlier acknowledgments hypocritical, citing common enough headlines like Teacher of the Year Let Go. The author says simple thanks, recognition, plus acknowledgement together constitute a three part “appreciation paradigm.” Earlier awards may appear diminished by later actions, but acknowledgement is way more than a management tool, however much it contributes to the bottom line. Judy has been invited by the army, for example, to apply her acknowledgment approach to suicide prevention.
?
In his forward Doug Rauch, retired Trader Joe’s president and current CEO of Conscious Capitalism Inc., expresses his belief that capitalism is changing. He observes that, “When you create a true culture of care, of gratitude, unbelievable things occur.” He offers examples of extraordinary caring, kindness, and trust drawn from his own experience.

Rauch emphasizes that gratitude must be sincere and felt deeply enough to become embedded in the culture so it no longer requires “management thrust” to deliver “miraculous” returns. Umlas concurs. Both are in an impressive company including figures like the CEOs of Whole Foods Market and The Westervelt Company and the Senior Marketing Officers at General Mills and Prudential Annuities. These stand out among senior managers in diverse industries and roles who lent their profiles to this book. Their experiences remind us of the happiness dividend enabled by gratitude. 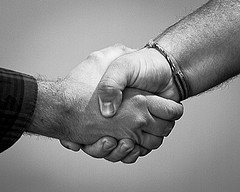 Judy Umlas is on solid scientific ground in both her choice of authorities and interpretations of source materials. She mentions Positive Psychology early and regularly, beginning with Martin Seligman’s landmark letter of gratitude study, continuing through Tal Ben-Shahar’s Even Happier: A Gratitude Journal for Daily Joy and Lasting Fulfillment based on his extraordinarily popular Harvard class. She cites specific studies including the 2003 Miami University study by Robert Emmons and Michael McCullough on gratitude’s effects on physical and emotional well-being. Select quotations recall the impact on gratitude study of formative theorists like Abraham Maslow and Victor Frankl. She alludes to less mainstream contributors, such as Jay Quinlan and the field of psychoneuroimmunology, as well as precursors in management innovation, such as servant leadership.

In happiness research, the systematic study of goal formation and implementation has always been of singular interest because of ties to satisfaction and meaning. Books like Grateful Leadership underscore the role that unambiguous, heartfelt enunciation of achievement can play in this virtuous cycle. For acknowledgement is much like mercy as Shakespeare writes in The Merchant of Venice, “…it is twice blessed; it blesseth him that gives and him that takes”

Umlas, J. (2012). Grateful Leadership: Using the Power of Acknowledgment to Engage All Your People and Achieve Superior Results. McGraw-Hill Education.

Umlas, J. (2006). The Power of Acknowledgment. International Institute for Learning.

Actual Self Versus Best Self

Thanks for this insightful article. Great points about the “excuses” around avoiding acknowledgment. Fascinating that it takes courage. I suppose its true since genuine gratitude is related to humility. Humility is, well, humbling. 😉

Donald, welcome to PPND! Thanks for authoring this insightful article.
That’s very touching how you move from your kindergarten experience to Umlas’ book and work to the broader work of others like Doug Rauch that support this mission. Inriguing. And information-rich.

What a well-written piece! Thank you, Donald,

I am very appreciative of the thoughtful comments on this piece and the subject. Positive psychology really starts with gratitude, but gratitude isn’t truly realized until it’s acknowledged. I particularly noted the need to be deeply humble to be fully grateful. One might reflect as well on how the “mission” like quality of full throttle acknowledgment could raise eyebrows in more cynical circles. The subtle ways we sabotage possibility!