Home All Bonding and Brewing
AllAweLove

If you have ever had the chance to brew your own beer, you have probably experienced a tremendous lesson in humility. I recently spent my weekend hunting down the right grains, 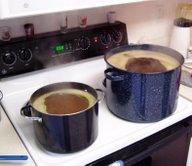 timing the initial fermentation just right, maintaining the proper temperature ranges at all times, adding hops and spices in sequence, protecting the beer from too much air exposure, and sterilizing anything that might come in contact with the liquid. It is an entire day’s process that leaves you re-evaluating the tastiness—by virtue of simplicity—of your tap water. The addition of yeast to my homemade brew should have kick-started a four-week process of fermentation, but the tell-tail air bubbles are not yet being produced. The end product may resemble water left soaking at the bottom of a cereal bowl more than drinkable ale. By now you must be asking the question I posed myself a dozen times: Why endure such a long and intense procedure all for a silly beverage?

The answer is simple. I wasn’t brewing alone. I had traveled to Baltimore for the weekend to visit one of my best friends, and the brewing was really just an excuse for some quality male bonding. Given PPND’s current monthly theme of love, a term that has most of us thinking immediately of romantic and familial bonds, a sincere look at fraternal or male bonding is warranted. (Note: I am not explicitly distinguishing differences in male and female bonding, but my gender limits me to intimate experience with only one. I invite and encourage female readers to share their thoughts in the comments).

Positive psychologists across the board have stressed that we are currently facing an epidemic of depression and loneliness (for more, see Seligman’s section on The Epidemic of Depression in his Positive Psychology address referenced below). From books such as Bowling Alone to a 2006 American Sociological Review article citing that a person’s average number of close confidants—people with whom you discuss important matters—has dropped from three to two in the last twenty years, the need for building close friendships is clear. Relationships have such a tremendous impact on our well-being that devoting the time and energy to cultivate bonds with others is nontrivial. Male bonding is an important and vital process that contributes significantly to the well-being of our communities.

Colloquially, the term male bonding connotes superficial relations over sports and childish one-upping competitions. The vision that always comes to my mind is one of two grown men who drive into the wilderness and go fishing for a day, but speak only intermittently and about little more than the weather. It is traditional wisdom that men are incapable of intimacy. This view of male bonding is extraordinarily short-sighted.

Psychologist Robert Sternberg’s Triangular Theory of Love divides love into three distinct notions: intimacy, passion, and commitment. Any combination of one or more of these elements leads to a unique type of love with consummate love being the combination of all three. 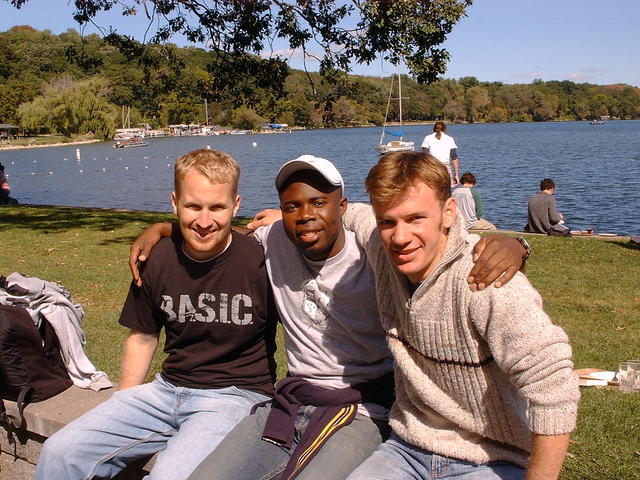 In Sternberg’s model, passion and commitment are reserved primarily for romantic and familial bonds, but intimacy—the component dealing with warmth, interpersonal closeness, and bondedness—defines love in friendships. The etymology of the word intimacy is derived from intimation, or “the act of making known.” Developing intimacy is literally the process of opening oneself up so that another person can see in. Male bonding is ultimately about sharing experiences which help individuals open up to one another and to develop commonalities unique and special to them. 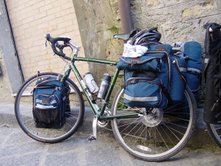 Some of the greatest male bonding experiences I’ve taken part in have occurred during my epic bicycle tours with friends. Bicycle touring involves packing camping gear, clothing, and food in packs on a bicycle so that you become self-sufficient and can travel an area at your leisure. It’s a beautiful way to experience a landscape, but when spending most of the day exposed to the elements, challenging yourself physically and emotionally, self-regulation and tolerance deplete quickly.

Biking with a friend means nonstop social engagement. Arguments over the most inconsequential things become common, but also force us to engage with each other on much deeper levels. We begin to understand each other’s quirks and desires. And at the end of the day, when you become so exhausted that you don’t have the energy to argue any more, you begin to really appreciate the depths and complexities of your friend. 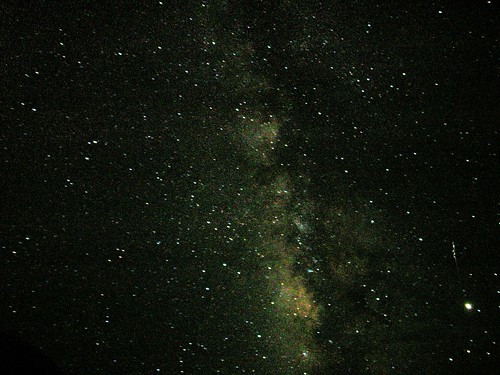 After setting up camp at nearly midnight one evening in the Columbia River Gorge outside Portland, Oregon, a college friend and I found a clearing in a wooded path and noticed the amazingly star-filled sky. He and I set our bikes aside and laid down on the dark gravel path staring up into the awe-inspiring universe. We instantly settled into a conversation about some of life’s deepest questions and meanings. We remained lying for at least at hour. It was one of the most beautiful evenings of my life, and I now have a friend with whom I can share that memory forever. To say we are bonded is an understatement. Despite all societal pressures for men to remain emotionally distant, love—I believe—is the right word.

Intimate shared experiences I have had with close friends are some of the most precious moments of my life. Whether those experiences involve conversing on ski lifts or hitting golf balls at a driving range late at night, the intimacy I feel with those friends is profound.

I have a feeling our recent attempt at beer may end up tasting like sweaty gym socks. But we’ll drink it anyway, and we’ll laugh. Because in the end, that’s what friendship is all about.

Images
The beer brewing on the stove top and the loaded bicycle are photos taken by Derrick Carpenter.
Men friends, photo from Imagebase
Starry Night of Yuzhu courtesy of livepine

Work as a Love Affair

Hey Derrick, I hope you get something drinkable out of your concoction. Thanks for writing about male bonding– using the word love in connection with men’s friendships is courageous and you’ve done all of us a huge service by articulating the special nature of male friendships. Thanks too for your humor– love the image of water in a cereal bowl.
Christine

Thanks for your eloquent thoughts on male bonding. I’m fascinated by the differences in the ways that males interact with one another and the ways that females do. I really appreciate your elaboration of the intricacies of male bonding because it’s too easy to fall into stereotypical ideas. I do wonder, though, what is the frequency of the kinds of interactions like the star gazing that you describe?

My observation is that women’s interactions are less activity-driven than men’s. (I’m generalizing here.) What do you think?

I completely agree, at least in my experiences and those of friends and acquaintances, that men’s interactions tend to involve around activity, though I’m not sure that this is untrue of women. I think the significant difference is the ease with which we come to a place of intimacy. Women seem to get there much quicker and more comfortably.

We men need some sort of medium with which to approach emotional space, whether it be sports or star-gazing. These experiences are not always as dramatic as the entire galaxy from a peaceful Oregon bike path, but they happen more often than you might think. Most times I meet with male friends, we begin with stereotypical surface talk, but then we engage in an activity that eventually leads to more intimate self-disclosure.

It is a strong belief of mine that once men reach that well-hidden place of intimacy inside themselves, they are just as capable of sharing it with others as women.

Just my personal musings, of course, but I’d love to hear more thoughts!