Home All The Gift of Giving
AllGratitudePositive Feelings_1 Positive Experiences

Does Altruism Come in Various Types?

A few weeks back, I overheard a friend bemoan the lack of pure altruism in the world. Pure altruism is the act of doing something good to increase another person’s well-being for which the giver receives no benefit. As many of us prepare for holiday season highlighted by traditions of giving, I felt it might be a good time to give the old philosophical search for pure altruism a closer look.

Evolutionary theorists have used a divide-and-conquer approach to tackle the foundations for altruism. Some of the biggest altruistic moves we make are for our children. Under a model of evolution in which individuals are invested in the survival of their genes, helping a relative – who shares some of your own genes – will accomplish this, so altruism towards relatives makes sense. But we often do good deeds for friends and acquaintances as well. Some of these deeds are explained by the notion of reciprocal altruism, which operates via reciprocity. I will do a good deed for you now knowing that in the future, when I need help, you will return the favor. It’s sort of a social insurance policy. But how can we account the altruistic things we do without expectation of return or, for that matter, the help we offer to complete strangers including people across the world who we will never see?

Is There Pure Altruism?

A recent study at the University of Oregon used functional MRI machines to observe changes in brain patterns of participants in different giving conditions. Participants were given $100 and some were given the option to donate a portion of the money to a charity while others were levied a mandatory tax that was given to the charity. For the subjects in the optional giving condition, the researchers attempted to remove any standard rewards for giving to charity, like enjoying the “warm glow” effect of others admiring your charitable deeds or avoiding the social shame of not giving. The subjects made their choice in privacy, without anyone involved in study knowing how much, if any, money was donated. Some people have claimed the study as evidence of pure altruism since many participants still donated.

I feel this conclusion raises two interesting points that positive psychology must defend. First, even if the research participants received no public benefits and faced no public coercion to donate, that does not imply that they received no benefits. Perhaps doing a seemingly selfless deed simply gives us pleasure, a sense that we are meaningfully contributing to the world and making a difference. Psychological benefits should be considered as good as any other benefits. Secondly, and more broadly, why are some researchers and my friend so intent on unveiling an act of pure, selfless altruism? Such kindness would be accompanied by real pain and sacrifice, without any benefits, psychological or otherwise to the giver. I cannot understand why this type of giving is something of which we should be proud, if it does exist.

Perhaps the topic of pure altruism demands a paradigm shift. Professor and positive psychology bigwig Chris Peterson has noted that humans can get so caught up in human inability that we take for granted human abilities. Car accidents reported on the evening news inevitably capture our attention and force us to question what could have gone wrong. We infrequently consider that millions of drivers successfully and safely navigate roadways at lethal speeds coming just a few feet from unforgiving obstacles every day. A change of perspective can highlight how truly remarkable and amazing a human ability this is. Rather than groaning about the lack of pure altruism in the world, perhaps we need to change perspective and celebrate the grand human experience of feeling good when we commit a truly altruistic act. Our recipient benefits, but so do we. This seems part of the magic of the human experience.  Perhaps even a human ability? 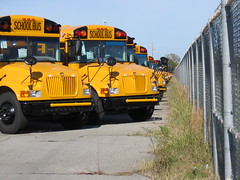 On a whim, I decided to volunteer at the Philadelphia Marathon in mid-November hoping exposure to so many runners might inspire me to begin training myself. Since I was late to sign up, I was assigned to the race’s bag check group, where runners could drop off personal items like wallets and clothing right before the race in a series of empty school buses and pick them up as soon as they finished. This also meant I had to report to duty at 4:30am on Sunday. I braved the darkness and below-freezing weather with an unconvincing grin that morning, waiting to view some feats of great human achievement as I watched runners finish the 26.2 mile trek.

As it turned out, the bag check station was completely closed off from the race and we could see nothing. Dismayed, I worked with my fellow volunteers to organize bags for the group of runners assigned to our bus. The race began and a within a few hours, runners were pouring back in to retrieve their things. We handed back everything to our runners as fast as we could, knowing that they were freezing and desperate for their sweatpants and jackets.

The bus next to us, however, had had trouble organizing their bags and a frustrated mob of cold runners was forming behind it. Watching them shiver in their shorts, I joined them to help however I could. I asked one or two dour-faced marathoners for their bib numbers and hopped on the bus to track them down. I was only able to help seven or eight runners, but the grateful look on their faces when I returned their precious bags gave me a serious warm glow. While helping to relieve the tired and cold brave bodies of these runners, I completely forgot about how tired and cold I was.

The lack of pure altruism among humans is a truly beautiful thing, a consequence of our innate predispositions to help our fellow neighbor. Would any of us prefer to live in a dark world in which good deeds required pain and suffering? The seemingly paradoxical connection of selflessness and selfishness makes me smile with a sense of hope about the human condition. As you give gifts of various sorts this holiday season, I encourage you to be extra mindful of the happiness you experience as a result.

Wright, R. (1995). The Moral Animal: Why We Are, the Way We Are: The New Science of Evolutionary Psychology. New York: Vintage.

Great article, thanks! I agree with you in questioning the search for “pure” altruism — and love the fact that you question the idea that being kind is better if someone suffers to offer the kindness. Yes, it is wonderful to receive a kindness from someone else– it creates a lovely human connection– but to paraphrase what’s been said for millenia, it often feels better when we give than when we receive. Isn’t that a good thing?

Thanks for sharing your thoughts on this,
Christine

Thanks Derrick, I caught an inspiring story on the news last night about The Kindness Offensive, 3 young guys who practice ‘random acts of kindness and senseless acts of beauty’. Including handing out 25 tons of free food to the hungry & homeless. You can catch them here: http://thekindnessoffensive.com

And the leader of this merry band is David Goodfellow.
Brilliant!

Terrific article, Derrick! Thanks for reminding us of hte importance of altruism especially around the Holiday Season.

What a great article! I love your point about selfless giving. To me, giving is always selfless because we cannot force anyone to do what we want. We can only give with good intentions and hope that it will be reciprocated.

Also as you stated, the happiness that results from giving, that warm feeling we experience, is the reason so many of us continue to give over and over again. Without it, and the giving that results from it, our world would be a much bleaker place.

Thanks for giving us such an insightful and interesting read.

I don’t know whether I feel better: when I do something for someone on the sly, taking no credit for my deed; when I’m praised for my effort. I suppose it depends upon how much time and energy I’ve dedicated to the project at hand. I do know that I get incredible personal satisfaction at some of the simplest deeds. Yep. Warm fuzzies, altruism, psychological stimulus – call it what you will. Doing good feels good.