Is It More Fun To Be a Scientist or an Artist? is the title of Professor Richard Gregory’s final publication. Professor Gregory, one of the world’s leading researchers on perception died on May 17, 2010. 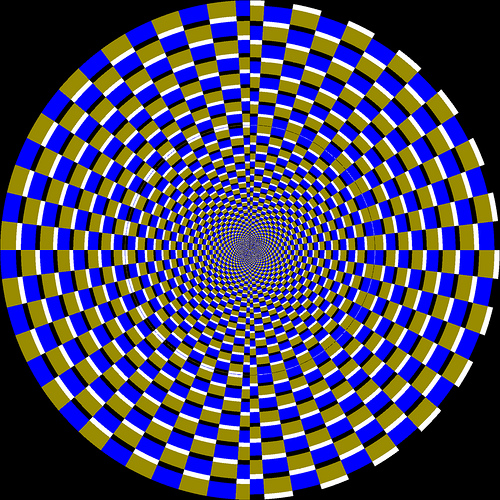 Professor Gregory’s first job, after finishing studies in Philosophy and Experimental Psychology, was as at the Medical Research Council’s Applied Psychology Unit, Cambridge. In a terrific series of lectures from the Wellcome Institute, now posted on YouTube, he describes the joy of his early work trying to solve real-world problems, which evolved into groundbreaking work on human perception. His research demonstrated that a person’s knowledge, past experience, and expectations influence the processing of sensory signals from the world. He noted that we don’t perceive the world directly, but as the brain’s best hypothesis at the interface between “bottom up” signals from the world reaching our sensory systems and “top down” knowledge. “That interface,” he says, “is where the excitement is. It is the hyphen in physiological-psychology.”

That interface is at the heart of our work at the Positive Neuroscience Project at the University of Pennsylvania. Throughout his career, Gregory was explicitly interested in the application of research to the problems and questions of the ‘real world’ — as we are in the field of Positive Psychology.

In his final publication, Gregory noted that perception lies between art and science. He explored the tension and potential created when disciplines are merged or contexts are switched. For example, Gregory frequently used optical illusions to demonstrate how perception works. In that context, optical illusions are scientific tools. He wrote about seeing some of those same illusions presented as art in a Royal Academy exhibit in London finding it “irritatingly incongruous.” He asks, “Does science become art when explanations are omitted? … It looks as though science and art can, if unintentionally, turn each other into nonsense.” But he concluded by saying, “Working together, though difficult, is wonderful.”

There is a similar tension and opportunity in Positive Psychology between research and application. The work of practitioners is both an art and a science, applying research across diverse fields, from teaching to management to therapy and coaching. But what happens to the art and the science when empirical explanations are omitted or overstated? Leading researchers, including Seligman and Peterson, have expressed well-founded concern that claims about Positive Psychology are getting ahead of the research.

When that happens, especially when practitioners make claims in the name of science but beyond the research itself, we risk undermining the science and undervaluing the art. Some of our work can be measured empirically, some remains mysterious. Both aspects have value. We know that treatment outcomes are influenced by skillful interventions as well as trust, empathy, and good communication between doctor and patient. Clearly, these two contexts – science and practice — have a great deal to offer one another. For research and application of Positive Psychology, working together, though difficult, is wonderful.

Which makes me wonder, is it more fun to be a researcher or a practitioner?

Richard Gregory on the History of Perception Psychology; interviews posted to YouTube

Why Riches are not Equivalent to Happiness

I prefer to be an applications researcher.

Hi Denise,
great article – and good point about overstating the research. I think there is a responsibility on both sides; researchers need to ensure they don’t overstate or massage their findings or extrapolate too quickly or generally from them. If there is hype from the researchers, then it can only pass on to the practitioners.

Practitioners may be of great assistance to PP right now if they encourage us to broaden the scope of our research; they are applying the research and may notice effects that we are not yet exploring. PP is still a very young field – we’re still not sure how some things e.g. character strengths work, and how they can be used to best effect. We have to stay open to new ideas and directions.

DQ & O — thank you for your thoughts. I agree — skillful methods benefit everyone! warmly, D.