Suppose you were the superintendent of a large urban school system. Or the commanding general of the most powerful army in the world? What if you were me, with the chance to influence the continuing education of thousands of lawyers? What would you do?

What are you doing in your sphere of influence? 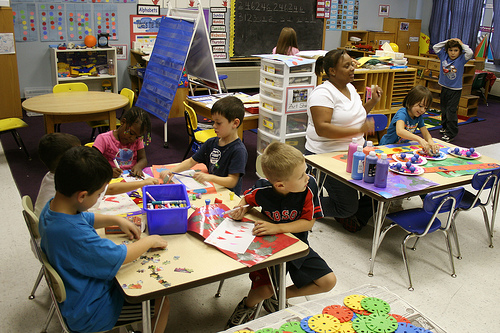 In England, educational leadership has chosen, based on more than a dozen research studies indicating the efficacy of the Penn Resilience Program to provide large-scale training for teachers in that program. The goal is to benefit the teachers and students and to create a self-supporting structure of trainers and facilitators. They hope to decrease depression and increase achievement for thousands of students, year after year.

Comprehensive Soldier Fitness in the US Army 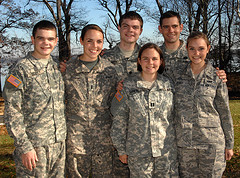 In the United States, General William Casey, Chief of Staff of the US Army and his leadership team have chosen to create a Comprehensive Soldier Fitness program aimed at improving the social, emotional, spiritual, and relational fitness of every soldier, member of the Department of the Army, and Army family member. This program is even broader than the United Kingdom’s educational effort. It draws not only from the science behind Penn Resilience Program, but from the work of many other leading researchers, including John and Julie Gottman on Relationships, Barbara Fredrickson on positivity, John Cacciopo on social structures.

This effort started over 18 months ago with preliminary talks. Now there’s a custom assessment that has been taken by hundreds of thousands of soldiers, a concerted program to train almost 2000 sergeants per year as Military Resilience Trainers, and a dedicated school at Ft. Jackson, South Carolina. Other Army programs (and the research that backed them) have been merged into this effort. Careful thought and much effort is going into how to integrate this learning into all levels of the Army’s extensive educational system. Moreover, data is being gathered to allow for rigorous evaluation of the effects of this effort.

In Tennessee, I have opened discussions that led to changes in our rules for Mandatory Continuing Legal Education to add training in ways to combat the unique ways that law school and the practice of law are corrosive to well-being. We specifically allow for accreditation of courses focused on ways to enhance resilience, optimism, hope, and well-being. Changes in our rules have allowed us to begin to accredit coaching for continuing legal education credit, at least when offered in planned formats. Currently, we are discussing implementation of a program to approve mentoring for beginning lawyers by mentors who will be trained in some of the same skills implemented by schools in the UK and the US Army.

Each of these efforts has been and will be criticized. Critics (including some of the people in this community) claim that the scientific evidence for the efficacy of these programs is insufficient to warrant the efforts. Or, they will claim that the topics simply have no business being taught in these settings. Or that some other goals should be pursued. And yet, what is the alternative?

Can there be any dispute that the average achievement we are achieving with urban students is insufficient, both when compared to the needs of society and when compared to the results achieved by the best schools? Certainly the rising levels of mental health challenges, suicide, divorce, and domestic violence that the Army has witnessed in recent years, while still often below the average for society, argue for the need to do something. Finally, the data for the legal profession on depression, anxiety, hostility, cynicism, drinking as a coping behavior, and so on is overwhelming. The fact that these symptoms rapidly skyrocket at the beginning of law school simply not be ignored any longer.

It is always easy to criticize. It is much harder to lead. Yet each of us has a sphere of influence where we can suggest that more positive, productive paths be pursued. Even more, you lead your life. You can make a decision to pursue well-being, purpose, engagement, and deeper relationships. Or not. In our personal decisions, as in the decisions of the most influential leaders, there are no guarantees. For large systems, the science may always be confounded by the uncontrolled variables. Judgment is required to set a direction, and judgment may ultimately be required to assess effects. In our personal lives, the science is based on averages and, as the saying goes, your mileage may differ. But the lack of guarantees does not remove the need for leadership. The United Kingdom chose. General Casey made his choice. I’ve picked a direction to support in my field. What’s your call?

Most of the researchers referenced in this article have been referenced many times in PPND articles. An exception is John Cacioppo, professor of Psychology at the University of Chicago, who writes about social neuroscience. Some of his more recent books are listed below. For a more complete list of his publications, click here.

Images
kindergarten, in session (Classroom) courtesy of woodleywonderworks
A family that serves from The U.S. Army’s photostream

Looking for Stories of Courage

Hi Dave, excellent article. I especially liked your comments about the critics. I’m amazed at how may people (even from within the psychology community) will criticise positive psychology for the limitations of what has been discovered thus far. Imagine if the archaeologists in Giza said, “we should just stop digging because so far we’ve only found these tiny tips of some pyramids!” No science ever produces perfect knowledge so I like the idea of using the science you have while always pushing for it to be better.

Hi Dave! This is a wonderful post! The work I do – with very similar groups – is very congruent with the work you do! Thanks for sharing this and for reinforcing what I believe (and has been reinforced through my experience) to be true!
Regards, Deri

Jeremy, I’m reminded of this quote from Teddy Roosevelt:

“It is not the critic who counts; not the man who points out how the strong man stumbles, or where the doer of deeds could have done them better. The credit belongs to the man who is actually in the arena, whose face is marred by dust and sweat and blood, who strives valiantly; who errs and comes short again and again; because there is not effort without error and shortcomings; but who does actually strive to do the deed; who knows the great enthusiasm, the great devotion, who spends himself in a worthy cause, who at the best knows in the end the triumph of high achievement and who at the worst, if he fails, at least he fails while daring greatly. So that his place shall never be with those cold and timid souls who know neither victory nor defeat.”

Deri, glad you found it useful. All the best in your endeavors!