Change is Hard, Except When It’s Not!

“Nobody ever really changes anyway.” 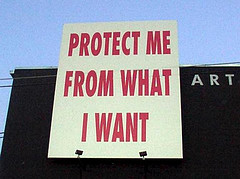 I suspect that many of us have at least a flicker of agreement with these statements. And yet we are all changing all the time.

Robert Kegan and Lisa Laskow Lahey present a model that shows why people have resistance to change in their book, Immunity to Change: How to Overcome It and Unlock the Potential in Yourself and Your Organization, They also offer ways to melt the resistance in yourself and in groups.  The model draws implicitly on positive psychology constructs such as detecting icebergs, mindfulness, curiosity, and Chris Peterson’s famous summary, “Other people matter.”

Kegan and Lahey have been collaborating on the process described in this book for 25 years.  Both are professors at Harvard working in the fields of adult learning and professional development.  The book describes a four-column exercise for helping individuals and groups reduce resistance to change. Here are the columns:

Kegan and Lahey suggest that when you identify a change in behavior that you believe would be beneficial but you are unable to behave consistently in the desired manner, the cause is often some hidden competing commitments that are driven by big assumptions.  For those familiar with The Resilience Factor, Kegan and Lahey’s big assumptions are very similar to “icebergs” – powerful beliefs outside of our in-the-moment awareness about the way the world is or should be operating.

Kegan and Lahey note that your deep beliefs may get power from being part of your immunity system: they cause you to behave in ways that protect you from some perceived danger.  You are unable to follow through on commitments to behaviors that run counter to your big assumptions because you fear the consequences.  Like icebergs, however, your big assumptions are operating below your in-the-moment awareness.  So, when you make a commitment to a new, desired behavior, you are just as puzzled as anyone else when you repeatedly fail to follow through.

Facilitating Change through Mindfulness and Curiosity 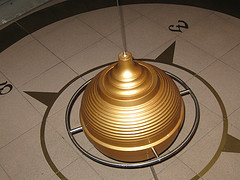 Kegan and Lahey suggest using curiosity and mindfulness to uncover big assumptions.  Column one involves identifying a commitment that you have had trouble performing. For column two, they urge against immediate efforts to achieve the desired behavior.  Rather, they suggest an observant and accepting approach to the behaviors, thoughts, and feelings experienced in situations where the desired behavior would be appropriate.

For example, consider a manager committed to becoming a better delegator but seemingly unable to let things go. He could pay attention to his thoughts, feelings, and actions when an opportunity to delegate appears.  A leader and father committed to becoming a better listener could notice and record thoughts, feelings, and actions when he is involved in conversations with another person.

After completing column two, you can begin identifying the hidden competing commitments that are inhibiting achievement of the commitment in column one.  Again, Kegan and Lahey use emotions as an information system.  They suggest imagining that you are doing the opposite of the things listed in column two. Imagine delegating instead of holding on to a task. Imagine listening instead of speaking. Identify the most uncomfortable, worrisome, or outright scary feelings that such actions would cause.  As with detecting icebergs, they suggest that you will know when you have identified the truly powerful competing commitment by a feeling in your gut, a feeling of being significantly at risk and unprotected from something dangerous.

Testing the Pathway Forward for Safety

This gut feeling indicates the power of the mental immunity system.  The competing commitments are driven by big assumptions. They exist to protect us.  They help us remain who we are in ways that are important to us.  The secret of change is to see how those big assumptions support who we are today, and to imagine a different set of assumptions that would allow for a bigger, more complex self that could function in accordance with our new commitment and still be safe. 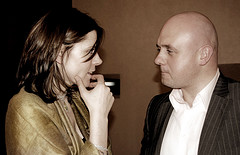 At this point, the model turns back to curiosity, mindfulness, and experience to move the process forward.  Craft small experiments to test your big assumptions.

For example, consider the executive and father who wants to be a better listener. He has operated under the big assumption that he must fix every problem that colleagues or his children bring him or they will lose respect for him.  That big assumption has caused him to listen poorly in several ways, including thinking about his answers while the other individual is talking. He has tended only to hear those parts of the conversation that he can see as a problem that he could fix.  As an experiment, he might enter into a conversation in a relatively low-risk situation without any commitment to fixing anything.  At the same time, he is open to his feelings, thoughts, and the reactions of those around him. He may learn something that will help him reshape his assumptions.

Finally, Kegan and Lahey note that groups can have immunity systems that operate in similar ways, generating protective behaviors that undermine new commitments to more productive behaviors.  Not only can groups work through this process, but by sharing with one another their competing commitments and big assumptions, individuals can support each other as they work toward change.

Change Is Hard, Except When It’s Not!

Change is hard when you feel it puts you at risk.  Change is exhilarating when it moves you in relative safety toward a more complex and capable self.  Detecting your big assumptions and making new ones make the difference.

Kegan, R. & Lahey, L. L. (2009). Immunity to Change: How to Overcome It and Unlock the Potential in Yourself and Your Organization (Leadership for the Common Good). Cambridge, MA: Harvard Business School Press.

“Protect Me” courtesy of jennzebel

The Brain Does Not Love, Humans Do: Positive Psychology and the Brain

I’ve always found that cognitive techniques are so practical. You’ve given me a lot to think about on the motivation front.

Thanks so much for this article. I’ve never read the Kegan and Lahey book, but I’m intrigued. I’ve been thinking a lot about self-awareness lately and its relevance to change (both on a personal and an organizational level), and that definitely shows up in the ideas in your article. This is important stuff.

Jeff, thanks! I hope it does help. I certainly found the concepts in this book useful!

Hey, Kirsten! The group focus in the book is powerful; I think you might find it useful.

Nice quote, Jeremy! Interestingly, Kegan and Lahey don’t play up either mindfulness or curiosity — they just use them. I kind of like that.

Thanks for this excellent post, Dave! I agree with what you said on change. In addition to your wonderful post, I think people are afraid of change because people are afraid of committing past mistakes, or are afraid of future expectations not being met. I think in order to overcome one’s fear of change, one has to create a compelling but realistic of image of his future. This would serve as his inspiration to move toward his goal.

Great post and very timely as I’m re-reading another Kegan & Lahey book, “How the way we talk can change the way we work” (2001) – which must be the pre-cursor to ‘Immunity to Change’, without the specific Pos Psych references. I’ll be reading it with an enhanced understanding now!

I’m not always a fan of cognitive approaches – I find some to be heavy work for little real result. I also find some are too focused on “fixing the problem” with no additional value-added. Your article on the other hand gives a concrete pathway which seems to limit the heavy lifting and maximize results. I am encouraged to try it and possibly add it to my practice! Thanks,

Jim, inspiration and motivation are important. Kegan and Lahey suggest that it’s not enough when an individual is equally or more motivated to protect herself from a perceived threat involved in the change, and that the hidden motivation is made even more powerful by being hidden!

Bridget, yes, I believe you are reading a predecessor book. And even the Immunity to Change doesn’t reference pos psych constructs — but they are still using them. Glad that tying the concepts to what you’re reading helps!

Hi, MJ! Hope all is well. Cognitive insights are part of Kegan & Lahey’s approach, but they emphasize that insight alone isn’t enough. Seeing the immunity columns is powerful for folks, but they assert from their experience that the only way to prove to oneself that the deep assumptions are not (completely) accurate is by running experiments of increasing size and daring as one’s confidence grows. So, cognition, but leading to action, then reflection, then more action. Kind of like life, right?

Thanks for such great sharing! You made it so straight to the point with good examples.

Learnt a lot from you!