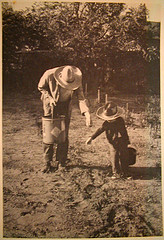 Christine Duvivier, MAPP '07 and Cornell MBA, is a positive change speaker and mentor who helps her clients unleash hidden talents, develop skills, and take practical steps to achieve higher levels of happiness and success. In her career at DuPont, Eli Lilly, and DEC, she learned to lead with positive alignment and release what holds us back. Christine's model builds on strengths, challenges myths, and cultivates possibility in each individual, even if they are not currently "A" players. Web site. Email. Full bio. Christine's articles are here.

Most of us don’t realize that we have a few central narratives running through our lives because the stories we tell ourselves are so familiar that we don’t even realize they are stories.   The easiest way to see this is to notice other people’s stories.  It’s ironic that even when you can’t see your own story clearly, you can easily see the story a friend, employee, or student is telling herself.

While the story details often differ, there are common threads that run through them.  Here are some story threads I’ve heard from  clients recently: 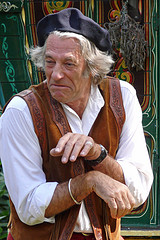 “I have to take control or things won’t work out for me,”

“I have to grind away at work in order to be a decent person,”

“People don’t perform the way I want them to,”

“I tend to get depressed,”

“I have to worry about and try to control someone else’s behavior or things won’t get better.”

Why does your story matter?

It could be a matter of life and death.  In a study of nuns chosen because they had to write a short autobiography as they entered the convent at age 18,   Deborah Danner and her colleagues discovered that the teens who told their life stories most positively were 2.5 times more likely to be alive six decades later than those who told their life stories in the most negative light. 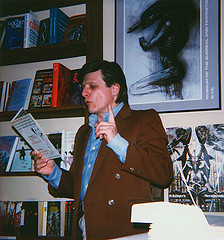 Your story also matters because the stories you tell yourself can elate and inspire, or they can  bury passions, frustrate, keep you plodding along, and leave you feeling stuck.  For example, Steve oversees the division of a company and is frustrated by his boss’ risk-averse nature, which leaves Steve feeling he’s running hard on a treadmill.  Steve has found an exciting new product  line he believes will breathe new life into the division and the company, and while it uses some of the company’s current capabilities, it is an entirely new industry for them.  When he has brought the idea to his boss and his peers, most have not been receptive and his boss, while not ruling it out altogether, has not been willing to entertain a proposal and make a decision.

As we looked at elements of Steve’s story, he realized that he has several stories  he’s telling himself for which the themes are: “I work for a boss who’s not good at making decisions…. I’m working away, but not making much progress…. I’m competing with my peers for scarce investment resources… and several of my peers are pretty stodgy– they don’t like big changes.”  As we looked at these themes, Steve realized that these are stories he has told himself in other ways, with other people, for years.  And he came to realize that this combination of stories left him feeling stuck.

So here was Steve, feeling stuck as an individual and as a leader.  How do you imagine his employees felt, even though Steve didn’t explicitly tell them what was going on?  Not only do you affect yourself with your stories, you affect the people around you, whether you tell them the stories or not. 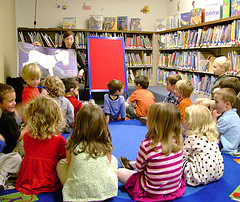 We have listened to stories all our lives...

One of the most powerful ways to get unstuck, to unleash passion, and to create the positive changes you want in your life, your family or your organization is to change your story.  Often we have repeated our old story line so many times that, like Steve, we forget that it is just a story we’re telling, not reality.

Create a New Story in 3 Steps

I’ve discovered that it’s not the events of my life that allow or prevent my success in love, work and happiness, it’s the story I’m telling myself– and I can change my story.   Here’s how you can tell a story that boosts success and passion:

First we  identified some of Steve’s story themes (Step 1).

Then he thought about how he could change one of his stories so that he could feel relieved and start to build new optimism (Step 2).  He changed his story about working away without much progress into one that felt better: “I like throwing myself into my work, and what I’m doing now is sowing seeds, some of which will take root and grow into exciting new growth.”

Steve chose, “Sowing seeds of growth” as the phrase he would repeat to remind himself of his new story (Step 3).   “Once I got out of my own head and could change what I was telling myself, I felt like I had new energy,” Steve said.


Author’s note: This article is an outgrowth of an article that was originally published here on www.christineduvivier.com on February 21, 2012.

Narrative approaches to counselling and community work centre people as the experts in their own lives and views problems as separate from people. Narrative approaches assume that people have many skills, competencies, beliefs, values, commitments, and abilities that will assist them to reduce the influence of problems in their lives. The word ‘narrative’ refers to the emphasis that is placed upon the stories of people’s lives and the differences that can be made through particular tellings and retellings of these stories.

Duvivier, C. (2010). No Worries, Andy! Immunize Yourself Against Job Anxiety

My professional voyage began as an MBA in a Fortune 50 company, where I discovered my love of bringing people together to create change. By the time I left my position, as Director of Customer Loyalty & Quality worldwide, we had improved loyalty 40%. I went on to work closely with leaders from diverse companies. When I returned to school for a Master of Applied Positive Psychology. my research focused on inspiration and motivation in business leaders, until a heartbreaking event changed my life. In 2007 a young friend of my family died by suicide. This promising teen was one of many wonderful, talented and motivated kids who don’t excel in school and, as a result, seem destined to live a mediocre life. My research shows that this assumption is a travesty — for the individuals, certainly, but also for their communities and the businesses who need fresh talent. Read My Full Story here.

Love it, and really appreciate your writing about the power of the narrative. Thank you Christine!

Christine,
I’ve been trying to change a story in my mind all weekend, and I keep slipping back into the old way of telling it. Perhaps a follow-on topic might be the power of the dyad — that is, you could discuss whether telling the new story to someone else is easier and more effective than telling it to yourself.

I guess this is my way of saying “I hope you follow up on this topic.”

Loved the way your client retold his story. It brought to mind the sower in the Bible, where some seeds fall on stony ground, some are eaten by birds, and so on — but some fall on fertile ground and take root. Which is to say, not all ideas have to take root to have a rich creative life.

Great point, thanks, Kathryn! It is much easier to tell a new story with someone else’s help– or even just to see what your story is– and I would like to follow-up so thank you for the nudge:) I love the bible story you shared… that is a great analogy.

It struck me as I was doing Step 1, how unconsciously rooted my stories are. While I often try to tell myself a new story, when I had to succinctly summarize my current story I realized I found a lot of stories I would prefer not to believe coming to mind.

Hi Katherine,
Thanks for that feedback! It’s so interesting to see what stories we have running in the back of our minds:) And it’s fun to have a chance to change them:)
Warmly,
Christine

Leave a Reply to Elaine O'Brien