Home All Living in the “No Regrets Zone”
AllGoals_1 Positive Experiences

Living in the “No Regrets Zone” 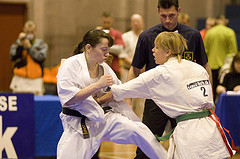 I began to write this piece right after talking to one of my clients, who has taken countless risks since we started working together last fall, from launching her own photography business in her forties to getting involved in the martial arts and earning her yellow belt.

When we first started, she was about to turn forty and was filled with regrets about not pushing herself harder in work and life out of fear, cultural expectations, or the demands of motherhood.  Her new exuberance about her responsible risks that have paid off, though, have moms flocking around her at school closing time, asking her “What have you done?  You are glowing!  Your life is on fire!”  Alive for the first time in decades, she is filled with hope for her next diplomatic posting abroad, her business plans, her fitness, and her confidence, and she only wishes she had found coaching even earlier. 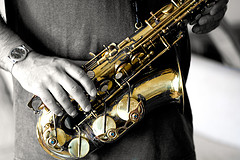 Today, though, my client wanted to talk about someone in her orbit who is not keeping up with her in the “no regrets” department.

“My husband is driving me crazy,” she confided in me.  “He refuses to make a decision about the job he’s going to take next.  He said he wanted to learn the saxophone but he didn’t follow up on the lessons I lined up for him.  He says he wants to exercise and does nothing about it.  Everything is safe for him, and all of his decisions come from reacting to other people, not being in charge of himself.  Now that I’ve changed, I am impatient with people who have nothing but regrets in life, but who do nothing about them.”

As part of my work as a performance coach to individuals and groups all over the world, I have become fascinated by the research on regrets, and what actually happens to one’s well-being when life is lived in a safe, secure harbor, and risk-taking is rare or non-existent. My client and her husband are good examples of how to use regrets to your advantage, or be consumed by them to your detriment.

Regrets are generally defined as unfulfilled or unattained intentions or goals that a person wishes they had had the courage or time to pursue at a previous time in their life.  It’s natural for everyone to experience regrets, and these regrets often begin to build during the college years over passed-up educational opportunities.  This occurs because college years are when one needs to focus on certain areas for professional opportunities, and passing up courses and other types of learning that are attractive, but not relevant to getting a job, can be painful.

As one ages, regrets begin to multiply for many people in many areas, from romances not pursued, regrets over not traveling more, having children young, or not speaking up for oneself.  In the field of gerentology, “life review” studies have found that when people are asked how they would reconstruct their lives if they could wave a magic wand, many cite educational pursuits and intellectual development as the primary area they would change, if they could.

Research on “possible selves,” for example by Markus and Nurius, has found that current self-conceptions are largely determined by how one feels about one’s past, and what one anticipates for one’s future.  “Possible selves” can span a number of life domains, including health and relationships, so it can be energizing to set goals around how to bridge the gap between past regrets, current self, and “best possible self.”  As a coach, I find that using “Best Possible Self” written exercises (available on my home page at www.carolinemiller.com) is a remarkable way to help clients identify regrets and begin to take action of living from now on without them.

How do regrets fit with the science of Positive Psychology?  There are many connections, including Ryff’s work about how one’s well-being is increased when progress is made toward meaningful, challenging goals in the present, and that are correlated with one’s best possible future self.  Martin and Tesser have found that attained and unattained goals are key predictors of rumination, which is an indication of psychological adjustment.

Regrets carry a certain type of energy that can be used in positive or negative ways, and that will impact your well-being.  Goal-centered coaching, which focuses on how to create a narrative of your life while making active, proactive steps towards meaningful goal accomplishment is a terrific antidote to regrets.  The incidence and intensity of regretful ruminations are minimized through the active pursuit of goals, and that greater well-being can occur through a carefully structured plan of daily goal pursuit that is married to pursuit of meaningful life goals.

Just recently, an “American Idol” show featured a man who cracked under the pressure of the Hollywood round during last year’s season, and he voluntarily took himself out of the running at that point to preserve his sanity.  When he walked back into the testing room for this year’s audition, he explained to the judges that he had awakened every day since that fateful decision, and had regretted not seeing the competition through.  He said that he was there to try out again to prove to himself that he wasn’t a quitter, or to avoid living with any more regrets.  He sang his heart out, made it through to the Hollywood round again, and walked out with tears streaming down his face, saying he had just “won,” regardless of the final outcome of this year’s show.

If you are living with regrets today about roads not taken, old decisions made in haste, or things you have longed to attempt but been afraid to try, declare this to be your “No Regrets Zone” year.  I am devoted to helping people screw up the courage to live without regrets, and our initial endeavor involves sending free ecards that can be personalized with your own music, pictures or even videos!   I have gotten an incredible kick from sending “Take a Risk — Live Without Regrets” cards to my friends and clients, complete with Aretha Franklin’s “Respect” booming in the background!

Take a risk — try it out.  And take another risk — live today without regrets.

How to Bake a Flow Cake

“I’ve Got A Name” – The Power of Positive Salutation

Hi Caroline,
This article reads liek a case study – so interesting. Very captivating to read about this woman and her thoughts about her husband. And it’s really fun when you cite all these references. Merci. CONGRATS on the new website – looks very fun! Best, S.

Hi Caroline! I love the concept of “living in the no regret zone,” but I’m curious: do you think that goal setting can eliminate all feelings of regret? I wasn’t sure if that was what you were saying…and in Martin and Tesser’s study (1989), did they find that ruminators are likely to have more unattained goals? I think regrets are a big area that need to be further explored by positive psychologists…thanks for starting a website on it! love, Dana

Great question! As I understand it, Dana, regrets are absolutely normal, and the research I read found that setting goals around regrets weren’t sufficient to ameliorate the toxicity of the regrets so you’re correct about that. The only combination that worked well to combat regret was goal-setting followed by accountability and action; goals alone were not sufficient to combat rumination/dysphoria/regret, as you can imagine. In fact, one of the studies I read said that present-day goal-setting/accountability was one of the best ways to counter the rumination of past unfulfilled goals. Happy to send along the research, if desired. There’s a particularly interesting study on women at midlife and their regrets that I use often with clients.
Cheers!
Caroline

Excellent article…but i have a query.if we arnt regretful at all in our lives wont it affect our performance.