Not only does the book provide answers to basic questions, such as “What is positive psychology?”, it also addresses more challenging ones, such as

The book consists of the transcripts of interviews which Aaron Jarden carried out with thirteen positive psychologists between July and October 2011, one chapter per person. If you’re not well versed in positive psychology, you will not have heard of all of them. In my view, that’s not a weakness but a great strength – it gives us diversity and breadth we wouldn’t otherwise have and (if I can paraphrase Todd Kashdan) it’s important because there’s a great deal more to positive psychology than what you usually hear about in media-friendly sound-bites about positive emotions, strengths, and gratitude.

Dr Aaron Jarden is a senior lecturer in psychology at the Open Polytechnic of New Zealand and president of the New Zealand Association of Positive Psychology (NZAPP). He is also lead investigator of the International Well-being Study, co-editor of the International Journal of Well-being and director of GROW International. Aaron Jarden describes his goals as “complete understanding of human well-being, why it is as it is, and how it can be improved.” With this pedigree I’m sure I’m not the only reader who wishes he’d also provided answers to the questions he put to the other positive psychologists in the book. 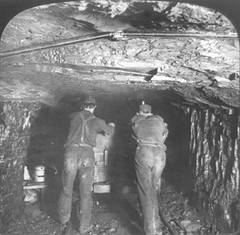 Working on the coal face

You get a lot of personal insights which you wouldn’t otherwise hear. It’s well-balanced. The downsides are spelled out too, including emerging concerns that research is being applied too quickly, and even misapplied. Acacia Parks suggests testing the effectiveness of positive psychology books written for the general public against non-science based ‘quackery’ such as The Secret. All this is useful material for those of us who’ve been working in the field on an applied basis.

Why should you read this book?

If that wasn’t enough, you get to hear from the horse’s mouth about new developments, such as the direction of the International Positive Psychology Association (IPPA) from the new president, Robert Vallerand and the University of East London’s MAPP program from the course director, Ilona Boniwell.

If you want to find out more then you’re going to have to read the book!

This book is original, it’s a quick and easy read, it provides inside information but at the same time challenges your understanding of what positive psychology is, how to apply it and how it’s developing. The concept is very straightforward – transcripts of thirteen personal interviews with an assortment of positive psychology experts on their favorite topic – but don’t let that simplicity fool you.

The only real downside is that the book (like most others) is biased in favor of a traditional western perspective. All of those interviewed are from, have been educated in, or work primarily in, USA, Canada, the UK, and New Zealand. It’s true that the cultural weakness of positive psychology as it stands is raised several times. I do wonder whether the presence of more European and eastern researchers and practitioners would have enhanced the book.

While you’d expect a lot of agreement, there’s sufficient diversity in the knowledge and opinions to ensure that you can’t just take everything as read. You have to assess it yourself, assimilate it and make up your own mind. That, I think, is the power of a good book. This one gives you a foundation on which to craft your own positive psychology path. I wish it had been available when I did my MAPP program in 2007. I highly recommend it.

Where can you buy it?

Positive Psychologists on Positive Psychology is currently available as a Kindle download for $3 (less than the price of a cup of coffee) for the next month or so. After that is will be available via the International Journal of Well-being as a special edition for free.

All profits (100%) raised from this book go to the
International Journal of Wellbeing
to further wellbeing research.

Stop-press 2: Aaron Jarden is already working on another edition, featuring different positive psychologists, which will bring a cultural dimension to the discussion.

Images
Images of contributors have been taken from their personal or professional web sites. Click on the pictures to learn more about them.

Working on the coal face courtesy of Thiophene_Guy

A Magical Day of Inquiry, Scholarship, and Practice

Positive Education: A View from Singapore

I recently bought this fun and informative book. I couldn’t believe the price. My ipad was jumping for joy. What a service to all of Positive Psychology learners and lovers. Enriching, novel, entertaining, and enlightening, and almost free! This book needs a home on your e-reader, too, right NOW! You deserve it. Jarden’s little book will knock your socks off. So relax and go with the FLOW!

Bridget – does the book cover the conflicts of interest that are seem to be part of positive psychology. Many of the gurus seem to generate substantial personal income by promoting (and sometimes extrapolating) their research. Think books, consultancies, speaking gigs and spin off companies.

Of all the gurus, Chris Peterson is one of the few that doesn’t seem to have a conflict – he stay very firmly in the academic space.

Judy – its way to hard to describe. The starting point is to start doing a body scan when good things happen and notice the associated physical sensations – I call it kinaesthetic savouring.

Thanks, Oz, and I get the idea. Love your term “kinaesthetic savouring”. Many thanks. I am going to practice this.

In a word no! The most controversial you get is 1) Nic Marks saying “counting your blessings is great, but it’s not going to be an intervention that saves the world, and gratitude letters are not going to either. Also claims of universality across all cultures, when they’re quite culturally specific, have been a problem” (pp76-77); and 2) Todd Kashdan saying “Right now, the field of positive psychology is a bit too harmonious” (p15).

Joking aside, there is some discussion about the research/application interface but it’s not particularly hard-hitting.

I probably would have read the book even if it had been all the Usual Suspects, but I was pleasantly surprised to see lesser known pos psychs on the interview list; Aaron Jarden deserves credit for this.

Since he’s planning to write a second, why not get in touch and make some suggestions about who he could interview?

Love your creativity and positivity, Bridget. As a practitioner and not a researcher, it is fun, fascinating, mind-boggling, and super good learning to read comments of extremely serious minded researchers who love this field so much and want to get it “right”. The diversity of opinions and ideas is wonderfully generative. I look at this book and many others with a “Will it help me and my clients succeed? What will their take away be?”

I enjoy reading, and am in awe of how specific, creative, and exact researchers need to be re: design, implementation, writing skills, etc. Let alone their need for tough band of courage when reviews come in. Special people.

Oz,
I know of a number of doctors, many MD/PhD, who practice and conduct research. If they learn from their research, I don’t feel it’s a conflict of interest to share what they learn. If I did, then I’d be free to select another doctor who doesn’t do research.

As for Nic Marks, he presented the 5 ways to wellbeing at the 2009 IPPA conference:

There is a set of postcards that was put together to communicate these ideas to the general public (order here. There’s also a free download of the evidence. Once again, caveat emptor! I doubt if most of the people who have seen the postcards have read the report, but it’s there. It’s also usually there — in the notes, references — in the books that people publish (OK Bridget, yours is online.)

Thank you for bringing this book to our attention. I’m thrilled to know that Aaron has created this book and that another is on it’s way. I met Aaron at a conference four years ago, and have bumped into him again at various conferences. Two of his stand-out strengths that are immediately observable are humility and generosity.

This time with typos corrected (!) and a question about the e-book

Thank you for bringing this book to our attention. I’m thrilled to know that Aaron has created this book and that another is on its way. I met Aaron at a conference four years ago, and have bumped into him again at various conferences. Two of his stand-out strengths that are immediately observable are humility and generosity.

Will there be an e-book version for those who have e-readers which are not Kindle?

Here is a typical guideline re conflict of interest in medical research?

We suggest that university-based investigators and research staff be prohibited from holding stock, stock options, or decision-making positions in a company that may reasonably appear to be affected by the results of their clinical research.

Do you still think there is no conflic of interest in PP?

Thanks for your comments.

Yes I also think that diversity of opinion is a good thing – from a learning perspective it forces you to think deeply. In my relatively limited exposure to the positive psychology world (I was not in it at the start as many of the interviewees in this book were), I think there is generally too much ‘accepting at face value’ and not enough ‘serious questionning’ going on. Whether this is because of the sound-bite nature of positive psychology I don’t know.

For me the value is much more in opening up a conversation with people so they can explore it for themselves.

Thanks for reminding us of nef’s 5 Ways to Wellbeing, the mental health equivalent of our ‘5 a day fruit & veg’ message.

I really like the 5 Ways – evidence based, but general enough to allow people to find their own path. The way they’re written mean that most people who read them probably wouldn’t say ‘So show me the evidence’ anyway.

Well, after you mentioned the typo of course I had to go and look!! I wouldn’t have noticed otherwise 🙂

The book will be published as a free version through the International Journal of Well-being http://www.internationaljournalofwellbeing.org on 23rd May – not long to wait if you haven’t got your copy yet!