Kate Hefferon and Ilona Boniwell run the MAPP program at the University of East London, UK. Their book, Positive Psychology: Theory, Research and Applications, has been written with the aim of providing a comprehensive introduction to the field of positive psychology for undergraduate and post-graduate students. It’s being used as the core text on the UEL MAPP from autumn 2011. It provides lecturers with a clear structure for teaching the subject.

While it is a textbook crammed full with research, measurement tools, and further resources, it’s both accessible and engaging, so it will also appeal to the serious positive psychology enthusiast, someone who wants or needs to know about the latest developments in the field but who isn’t studying the subject formally.

A great deal of care has gone into how this book is organized. It’s divided into 11 chapters to support a 12 week teaching module with a one week reading break. Each chapter starts with learning objectives to direct the reader’s thinking and learning, a list of the topics covered, and suggestions for essay questions. Most topics are explored in considerable depth, starting with definitions of terms followed by supporting research, which includes both seminal works as well as many lesser-known but equally relevant studies, combined with critique and/or countervailing ideas from other branches of psychology.

The basics of positive psychology are examined first, such as positive emotions, emotional intelligence, happiness, subjective well-being, flow, optimism, resilience, self-determination theory, meaning, mindsets, and strengths, followed by less common (and in my view equally important) topics, for example national and global well-being, the positive body, positive change, time perspectives, and a review of positive psychology applications in professional contexts, such as education, coaching, and psychotherapy.

Aside from the opportunity to explore some original subject matter, there are two things I particularly valued in this book. The first is the critical eyes of the authors. Most topics are reviewed from more than one perspective and potential problems with theories and studies are often pointed out.  This left me with the clear impression that positive psychology is still a science in its infancy, rather than a science which provides all the answers.

Second, I appreciated being encouraged to think for myself.   The mock essay questions, the ‘Think about it’ boxes and the further questions at the end of each chapter are designed to get you thinking about the various topics and theories presented. They don’t come with suggested answers though, so depending on your reasons for reading the book, you may find this quite refreshing, or thoroughly frustrating.

The great strength of this approach is that Hefferon and Boniwell reflect the complexity and lack of certainty surrounding what we like to call the science of positive psychology. There are many perspectives which need to be taken into account.

It seems to me that this book plays well into the European scientific tradition of openly encouraging debate, discussion and controversy as a means of moving knowledge forward. I referred to this in my coverage of Hans Henrik Knoop’s opening address at the 5th European Conference on Positive Psychology in June 2010.  Even though the great American researchers dominate, I think that Hefferon and Boniwell are very successful in flying the European positive psychology flag. Few topics escape without robust critical treatment, which in my experience of reading positive psychology literature, is pretty rare.

This book has many differentiating strengths, for example: 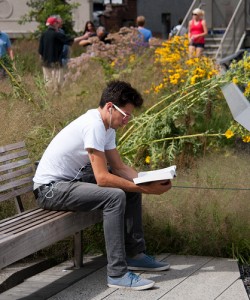 Despite my high regard for this book, there were a couple of areas I thought could be further developed:

The overriding aims of authors Kate Hefferon and Ilona Boniwell are to provide a textbook which takes a critical and multi-disciplinary approach and to present the science of positive psychology warts ‘n’ all, its strengths and weaknesses laid bare. In my view they have been very successful.  Positive Psychology: Theory, Research and Applications is a highly enjoyable, educational, and engaging read, which I thoroughly recommend whether you’re a student, lecturer, practitioner or positive psychology enthusiast.

Kate Hefferon is a lecturer on the MSc in Applied Positive Psychology at the University of East London, UK. Her interests lie within the areas of post-traumatic growth, physical activity, health, and well-being.

Ilona Boniwell is the Programme Leader and founder of the first MSc in Applied Positive Psychology in Europe, taught at the University of East London, UK.

Smarts and Stamina – A Book Review

That’s really great news! Thanks for letting us know.

re your obsetvation – “Being upfront about the paucity of empirically-validated interventions (yes, it’s true, there really are only about a dozen).