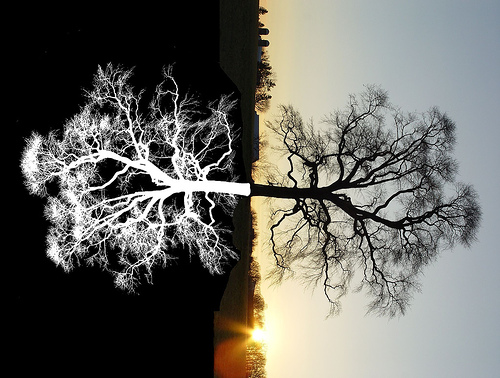 One of the very first pieces I wrote for Positive Psychology News Daily back in 2007 focused on the application of strengths – whether strengths as defined in positive psychology are always positive and how we know which strength to apply in any given situation. This was inspired by a great article by Barry Schwartz and Kenneth Sharpe about ‘practical wisdom’, the ‘nous’ we all need to help us navigate life’s trickier waters. What I like about Schwartz and Sharpe is that they remind us that context is king. Positive psychologists tend to define strengths as inherently positive characteristics, but that doesn’t mean they can be applied willy-nilly, hence the need for practical wisdom to guide our choice of behavior. 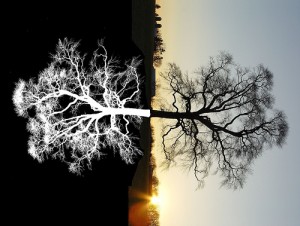 Taking four characteristics (forgiveness, optimism, positive attributions, and kindness) associated with well-being, McNulty and Fincham present research which suggests that there are circumstances (and fairly common ones at that) in which these attributes are associated with lower well-being and relationship satisfaction or even increases in the negative behaviors, all of which you’d want to avoid. 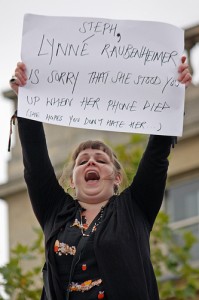 One and Other - Am I Forgiven?

In one study spouses who were more forgiving experienced lower self-respect over time if their partners were low in agreeableness.  This would seem to suggest that whether forgiveness is beneficial or harmful depends on the characteristics of the relationship in which it occurs.

In another study of married couples, positive expectancies were associated with higher levels of relationship satisfaction initially, but led to lower satisfaction among husbands and wives who carried on criticizing each other.

Longitudinal studies suggest that even though giving your partner the benefit of the doubt is linked with marital satisfaction in the short term, over the long term it is the severity of the relationship problem you’re facing that matters. Believing that your husband or wife isn’t responsible for an undesirable behavior only works if the problem is relatively minor.

The same can be said of kindness. McNulty and Fincham list several pieces of research suggesting that kindness can have harmful implications and that unkindness can be beneficial. Personally, this was the least convincing of their arguments. That wives’ tendencies to be unkind (criticism or rejection are cited as examples) rather than kind during problem-solving discussions with their husbands predicted more stable relationship satisfaction over four years is interesting, but not enough is known about the characteristics of the husbands and the roles they played in the problem-solving discussions! Without this information, it’s hard to believe that this is a constructive approach to take for a healthy, happy relationship.

Of course, you might say that this is all common sense anyway. Relationships are not black and white, even though it would all be a lot easier if they were. In the real world (the one outside of research laboratories), no relationship can thrive if one partner is always forgiving or giving the benefit of the doubt while the other partner is always transgressing. I’m sure I’m not the only one who knows of people who treat their partners like human doormats and people who put up with being treated this way. These relationships may be quite long-lasting, but in no way could we say that they’re thriving. Sometimes you have to be cruel to be kind.

You might also say that these findings are pretty irrelevant because most empirical positive psychology interventions are applied to the individual. However, McNulty and Fincham argue that non-interpersonal contexts appear to play a similar role. For example, optimism is associated with better immune system responding in people facing more acute stressors and worse immune system responding among people facing chronic stressors. 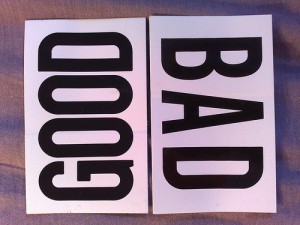 A different approach to studying well-being?

Regardless of  whether you’re swayed by the research, their conclusions are worth considering. What is needed, they say, is a different approach to studying well-being, with three underlying features:

Some researchers have been vocal about points 1 and 3 ever since positive psychology got off the starting blocks, but it’s point 2 that I think is new.  Many people seek the  rewards that positive psychology interventions promise precisely because they’re in sub-optimal circumstances, such as unhappy relationships.

So, now that the field is in its teenage years, are positive psychologists ready to renounce the ‘positive,’ I wonder?

The Difference Engine by zachstern
One and Other -Am I Forgiven? by Feggy Art
Good Bad by Banalities

What is Love, Anyway?

Glad you are giving attention to the AP article. I think I know somebody who has been touting the phrase “context matters” for quite some time now……

Bridget – you are SO RIGHT. It’s all about context.

Hi, Bridget- Great article! My experience with clients is that research findings have to be situated in the context of a person or people to be applied, and sometimes that means several layers of “embededness” must be considered. So what do you think would be a good name for this new contextualized psychology of well-being? One of the academic approaches to this is to situate PP in homes like positive humanities, positive exercise practices, or positive education. Language is important. “What?” people ask. “There is field of negative education or negative exercise?”
Cheers, Sherri

Not to mention ongoing conversations between researchers and practitioners…

Bridget, thanks for the great article. Actually, it reminded me of Sherri, Dave and John’s “Smart Strengths” presentation at IPPA. They use a great term for strengths that may have, in a certain context, and in Star Wars parlance, crossed-over to the “dark side.” In those situations, they explained, they call the strengths “shadow strengths.” I think it is such a wonderful term to use to help people conceptualize strengths in a way that shows that they are indeed double-sided and not always positive.

However, I do wonder, if we were to lose the “positive” in positive psychology, would we again lose our focus on looking at what is right, and instead start working on how the positives turn into negatives? So much of what we do is based on framing and reframing. While I think we all know healthy realism is very important, it seems to me we must try to remember that Appreciative Inquiry as well as healthy skepticism (or shall I say the Fredrickson-Losada ratio?) is important for flourishing.

Thanks for the great article and presenting such interesting research! -Aren

Hmmm, I can’t think who you’re referring to

Yes great coaches do contextualise. On the other hand surely there’s also room for (and, I’d suggest, a need for) some generalisation otherwise we lose big picture/systems thinking, and consistency of approach. For me, the power of this article was that it implied the need for common sense, argued against the ‘quick fix’, and argued that happy and unhappy people may respond differently to positive psychology. I’m beginning to wonder whether ‘context’ can actually mean two different things.

Anyway, perhaps evaluating the value of a piece of research would be a whole lot easier if scientists left out the spin, could report on ‘failed’ research and wrote in a language that the lay person could actually understand.

My feeling is that there are as many vested interests in positive psychology as elsewhere.

Thanks for your comments. Perhaps, as McNulty and Fincham suggest, there’d be more value in studying the psychology of well-being within the context of psychology-as-usual, in which case there’d be no need for the name ‘positive psychology’ at all. Personally, I don’t think anyone has the stomach for that.

If there was more open critique and awareness of (positive) psychology research methods (and their flaws) it might help tip the balance. Trouble is, most critics (even if they have some valid points) take an adversarial approach and come across as anti-PP, which gets people’s back up. This is a real missed opportunity to further our knowledge in my view.

I like the way you talk about ‘a new lens’, that’s very helpful. I wouldn’t necessarily argue for creating any more new branches of positive psychology (because in doing so, we’d neatly sidestep all the years of good research that has been done before), although maybe that has to be done before the pendulum can swing back to a more balanced perspective.

Also agree with more conversations between researchers and practitioners – it would help make research more relevant, and enable practitioners to understand what the research says.

‘Shadow strengths’ is an interesting way to phrase it. Is it possible to get hold of the presentation you mention? As for taking the ’positive’ out of positive psychology – may be some of the focus would go, I don’t know. I don’t think it’s going to happen though!

Bridget – PP is worse than most – there are no rock star psychologists outside PP. It a fundamental of academia – you separate research from profits. Just look at the problems with medical research.

I wonder how much money Penn has made from PP? Free trips to oz to flog PP to elite private schools?

But a life of moderation is, well, so unappealing….

Joking aside, this suggests that there may be criteria for applying ones strengths effectively. If so, they need clarifying. Take Seligman, Steen, Park & Peterson’s (2005) research into 5 different PP interventions, one of which was using a top VIA strength in a new and different way every day for a week. I don’t believe that participants were given guidelines such as what the right measure or right context is. That’s why Schwartz and Sharpe’s practical wisdom is so interesting.