The following article presents further highlights from the 5th European Conference on Positive Psychology in Copenhagen, Denmark for Saturday, June 26, 2010.

Keynote 1:  Why  are the Danes happier than the Dutch? 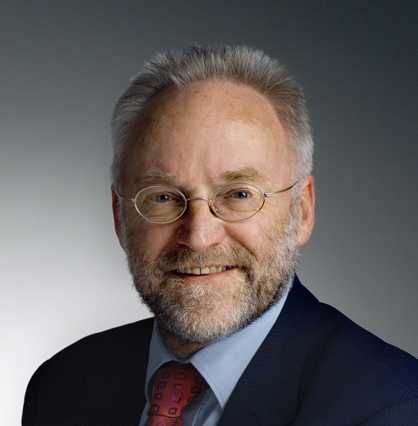 Ruut Veenhoven, Emeritus Professor from Erasmus University in the Netherlands, has been researching happiness since the early 1980s. Here he explored the similarities and differences between happiness levels in Denmark and the Netherlands.

Denmark and the Netherlands have many similarities – both are rich, relatively equal, modern societies with similar political regimes, approaches to economic development, social security, and welfare.  Data on country levels of happiness suggests not only that Denmark is a happier nation than the Netherlands, but that its happiness level has been gradually increasing since 1973 (when the data commences), whereas that in the Netherlands has not.

What might account for this difference? How has Denmark managed not only to stay at the top of the world’s happiness league table* with a score of 8.3 out of 10 compared to the Netherlands’ 7.6, but to increase this level steadily over the last 37 years?

The answer to this question is important since it may shed light on how individual nations can change social policies in order to increase the well-being of their citizens.

Veenhoven’s research suggests that there are many things which influence the difference in country level happiness as shown below. Note that the first 6 explain 75% of world-wide variance, while the last two tend to differentiate among rich Western nations.

State welfare and income inequality explain less of the difference than generally expected. More important are social conditions such as how tolerant society is and the effective rule of law. In rich western nations, it also matters how much of the health budget is spent on mental health care, and how many psychologists work in the mental health field.

In considering what contributes to the difference between Denmark and the Netherlands, we can rule out conditions such as climate, genes, international position of the nation, economic development, political regime, or social security. How can we explain the difference? Veenhoven suggests the following factors: 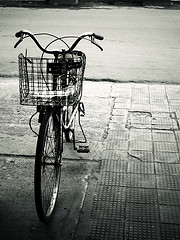 I want to ride my bike

Further research is required to explain the relative importance of some of these social conditions.

Keynote 2: The Future of Positive Psychology: Promises and Perils

Back in 2005, Professor Alex Linley and colleagues wrote an article about the past, present, and possible future of positive psychology. In it, he described sketched three avenues: positive psychology could flourish in isolation, disappear by being integrated into other disciplines, or flourish on its own along with integration.

Five years later, how does he envisage the future of positive psychology? The current status is that positive psychology is flourishing and expanding, with many institutions such as ECPP and IPPA firmly established, a growing evidence base, and increasing influence. “We are past the stage where positive psychology could go down a different track” Linley said. As for future directions, Linley put forward three different possibilities with associated perils: Positive psychology could win the battle of ideas or give up the fight. It could change the paradigm or find no evidence to serve as a base for change. It could renew society and strengthen the world or make no difference.

When it comes to the battle of ideas, we shouldn’t be surprised that some people are resistant to positive psychology. The negativity bias is powerful, public policy is mostly problem-focused, and the health sector follows a deficit model. But there are no signs of positive psychology giving up.

There are lots of ways to help change the paradigm: practitioners do what we do every day, philosophers ask big questions, policymakers set positive policy frameworks, and researchers provide evidence.

As an example of renewing society, Linley talked about CAPP’s Realise-2 model of 60 individual strengths. Linley reminded us of the many benefits of using our strengths every day. In closing he urged us to play to our strengths, and in the words of Gandhi, become the change we want to see.

Closing Speech: What it means to be a good person, a good worker, and a good citizen 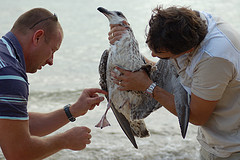 Good deed for the day

Howard Gardner, professor at Harvard University, USA, presented  the Good Work Project that he has conducted since the early 1990s with Mihaly Csikszentmihalyi and William Damon. The project asks big questions such as: What is good work? What is a good life? What is a good citizen? Which public figure would you choose as an example of a good citizen? If you cannot readily think of an answer, what are the implications?

Gardner and his colleagues asked professional people, “To whom or what do you feel responsible in your work?” The three ‘E’s of good work are Engagement, Excellence, and Ethics; good workers display all of these. Of course, it is easy to do good work when people all want the same thing. It’s when there are multiple stakeholders with different or competing interests that doing good work becomes more challenging. 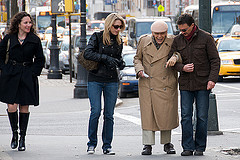 The real test of whether you’re acting ethically at work is how you behave when you’d rather act in your own interests.

The ingredients of good work and good citizenship are:

For more information about the Centre for Applied Positive Psychology and Realise-2, see www.cappeu.com

Ten books on the Good Work project have been published since 1994; a new one is due out this summer. You will be able to download a PDF version free from the Good Work website later this year.

Bridget, Another case of 3 articles packed into one! Dutch versus Danish happiness — what an interesting way to explore differences in well-being, by looking at two very similar populations that still experience life differently.

Wow, that jump in happiness for Italy (+0.92) is notable. Was that data taken just after they won the last World Cup? It would be interesting to see the same data for this year’s early exit!

Hi again Kathryn, yes I thought the country-level comparisons were intriguing too. The Danes have topped the happiness league tables for many years. As a regular visitor to Denmark since the mid 1980s this makes perfect sense to me. Other countries could learn a lot by looking at the Danish model, starting with education. Heaven forbid that the Danes decide to go for a target-driven model like the UK!

That’s an interesting question – actually I don’t know what the rise in Italy’s happiness level is due to, and whether it’s football-related! I’m sure there’ll be some insights in Veenhoven’s very detailed research. I’ll have a look through the various links and see if I can find some pointers.

Incidentally, when Denmark exited the World Cup on the first evening of the Conference, people commented on how well-behaved the Danish supporters were, despite their disappointment. On top of being the world’s happiest nation, the most socially trusting and most tolerant, they seem to be the most resilient too. Is there no end to their strengths and talents??

Thanks for this piece, Bridget. Where did those happiness scores (and gains in happiness) by country come from? A paper published by Veenhoven, a work in progress, or just data he highlighted in his keynote? I couldn’t find that data on his website. A link to a specific paper would be great.

Does this article help? Rising Happiness in Nations 1946-2004: A Reply to Easterlin.

In the references for that article, I found a link to Veenhoven’s papers on Happiness in Nations, including Review of Data by Country, though only up through 1990. Emailing Prof. Veenhoven might be the answer to more recent data.

Dear Bridget,
thanks for your wonderful summary of the keynotes. I especially enjoyed the one about Linleys talk, very inspiring thoughts for the future of positive psychology.

The PDF contains data up to 2010, as well as numerous links to other research for you to explore.

Leave a Reply to Kathryn Britton