Earlier this month, Timothy So reviewed some of the keynote presentations from CAPP’s 2nd Applied Positive Psychology Conference, held at the University of Warwick, UK. The conference theme was Creating flourishing communities: the smallest thing to make the biggest difference. This review article features three further keynote presentations which each painted a picture of positive social change inspired by individual action. 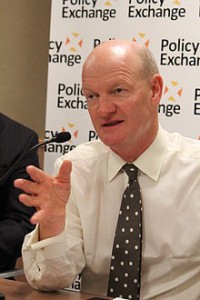 The focus of MP David Willetts’ opening address was the importance of behavioral economics to modern society, and in particular to the creation of public policy around strengthening communities. Referring to both the 2008 UNICEF findings on the quality of childhood in the UK (pdf here), as well as the 2009 “Good Childhood” report from the Children’s Society, Willetts blamed the lower well-being of British children on eroding social trust and weakening relationships between adults and children, both of which are having a negative effect irrespective of level of income.

In Willetts’ view, since parents no longer trust other adults with their children, and don’t believe public spaces are safe, children from poorer families have had to retreat indoors to live largely screen-based lives. According to Piaget, children’s cognitive and social development is derived from experiencing the world in 3D, and from being able to take risks and make their own decisions. So kids from wealthy families hardly fare any better; affluence means they have the opportunity to participate in many organized extra-curriculum activities, but these are mostly supervised by their parents. Willetts argued that there has been a dramatic change in the nature of childhood over the past 2-3 decades, which is having a negative impact on children’s well-being. This, he stated, could be addressed through the redesign of public spaces, the reinstatement of jobs like community policemen and park-keepers, and also through creating more local residents and community associations, which would encourage parents and non-parents to interact.

In terms of the transition to adulthood, Willetts suggested that this path was hard enough to navigate in the boom years, and is becoming increasingly more difficult in a recession. In the 10 years from 1997 to 2007, youth unemployment in the UK rose, as did the number of young adults not in education, employment or training. And UK figures are worse than the OECD average -why is this? In his view, it’s because no firm frameworks exist to help non-academic children find their way in life. If they haven’t received careers guidance at school, or if their parents cannot provide them with the support and information they need, they’ll find it exceedingly difficult to make their way in the world, and to make the transition to adulthood successfully.

As for well-being, Willetts made two points. Firstly, in his opinion, income inequality is less important than most people think because it’s relativity and proximity which matter. People compare themselves to people like them, their friends and neighbors, and not the people on the Sunday Times Rich List. Secondly, it is possible to improve the well-being of individuals and communities through good public policy. Change erodes trust, so if we can find ways to encourage stability or at the very least continuity in public institutions, the social cohesion, co-operation and trust which are essential for well-being will flourish.

In his keynote, Anthony Seldon presented his recipe for ‘living a whole life’. The session started with a five-minute stillness exercise, to create the necessary space for thinking and doing ones best. He then asked delegates to take a piece of paper, and on one side of the page to write what they think education should be for, and on the other to write what they think education actually is. He posed two crucial questions:

1) Is there a discrepancy between the two columns? If so, why?

2) If there is a discrepancy, what are you going to do about it?

The word “education” means “to lead out,” but what is being lead out, he asked, and by whom? In his view, Higher Education and employers are self-serving, their demands incompatible with the needs of students – neither are concerned with developing the whole person.

According to Seldon, this can be partly blamed on education reforms. The imposition of the National Curriculum and Standard Assessments Tests has taken trust away from schools, teachers and heads. It is wrong, he said, that schools and heads are valued purely by exam results: although these are important, there needs to be balance. He argued that the creation of national league tables in the UK has not led to better education: teachers now teach to a syllabus and they teach to the test. Creativity and spontaneity in teaching have all but gone. There is no space in the curriculum in which to explore and value students as whole people.

The Well-being Curriculum at Wellington is an antidote to living a half-life. Based on positive psychology and the Penn Resiliency Program, it combines pastoral care, physical exercise and Personal, Health and Social Education with yoga and meditation. And it’s not just for the pupils, but for the teachers, support staff, parents and school governors. This curriculum is based on four sets of paired aptitudes, influenced by the work of educator Kurt Hahn:

The thrust of the Wellington Well-being Curriculum is fourfold:

According to Seldon, the question is not ‘How intelligent is the child?’, but ‘How is the child intelligent?’ Only by asking this question, he said, can we hope to create the whole person. 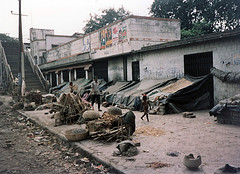 Robert Biswas-Diener began the presentation by introducing the story of the community work that CAPP’s Strengths Project has started in Shiriti, a slum in Kolkata (population 150,000), India’s third biggest city after Mumbai and Delhi. According to Biswas-Diener , the focus of positive psychology so far has been at the individual level, with research and interventions aimed at increasing the individual’s well-being. He argued that there aren’t sufficient group-level interventions, such as Appreciative Inquiry: Seligman et al’s “Positive Psychology Progress: Empirical Validation of Interventions” report (pdf here courtesy of authentichappiness.org) misses out on group or community-level well-being. This emphasis on the individual’s well-being has come about because we’ve focused on happiness as the outcome measure, says Biswas-Diener, whereas what is really needed is more public policy well-being indicators such as NEF’s National Accounts of Well-being, as well as greater environmental awareness (using measures such as NEF’s Happy Planet Index), a focus on strengths-based organizations (e.g. businesses and schools), and to address global poverty.

Debasish Sen Sharma continued this strong social change theme with the screening of a ten-minute film about the CAPP Strengths Project in the slum community of Shiriti. CAPP has introduced the concept of playing to your strengths to the people who live there; building on their strong social cohesion to create a new project using sewing machines (provided by CAPP) to enable the women to play a fuller role in the local economy.

Alex Linley concluded the presentation with a powerful call to action – for everyone in the room to commit to making a change in their community – not a grand gesture which may never be realized, but a small action which might build into something much greater, and which will help to change society for the better.

The CAPP conference was unique in that it focused specifically on the application of positive psychology to create flourishing communities. Delegates ranged from experienced academics and practitioners to students and curious employers attracted by the range of practical workshops, papers and poster presentations, on subjects as diverse as using positive psychology to create constructive workplace conversations to its role in funambulism, Buddhism, and building resilience, self-efficacy and self-esteem in deprived communities. In summary, it was an energizing, thought-provoking and inspiring three days, and I would like to thank CAPP, in particular Reena Govindji and Des O’Dowd, for organizing such an extraordinary conference.

Are You Sure Your Client Is Ready To Change?

Loving Like Children: Out of Our Heads & Into Our Hearts

Dear Bridget,
Thanks for a wonderful overview of the fantastic CAPP conference. Like Timothy So, you captured the essence of a most inspiring event. Your writing reminds me of the need, a positive urgency, to create and build flourishing communities and institutions that matter. I so inspired by CAPP’s Strengths projects and that they are walking the talk. The overview you gave of Mickey’s CAPP film and the captivating and brilliant Anthony Seldon made me smile. Well done!
Elaine