Money does not buy happiness…

There’s been a great deal of media coverage recently about whether or not money can make you happy, much of it inconsistent or unclear. This article in the UK’s Telegraph on March 22, entitled “Money does not buy happiness” quotes research presented at the recent Royal Economic Society’s 2008 annual conference. It sounds very similar to the arguments put forward by Myers (2000), Diener and Oishi (2000) and others – that income has increased significantly over the past few decades but that wellbeing has not.

The devil is in the detail though – the researchers Fiaschi and Romanelli didn’t specifically measure happiness or well-being as Positive Psychologists know it, they quantified the welfare of 100 countries using per capita Gross Domestic Product, life expectancy and expected growth rate of income. Precisely because happiness is subjective is it likely we’ll find a definition of it which suits everyone, including the media?

Oops, we were wrong, money does buy happiness… 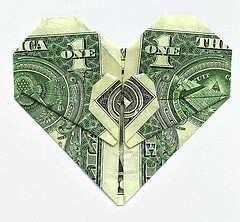 About the same time there were headlines like “Money can buy you happiness after all” on CTV, the New York Times, the West Australian and others, quoting research from the University of British Columbia and Harvard Business School, just published in the journal, Science. Dunn et al. (2008) found that money predicted greater happiness, both in a nationally representative survey study and in a study of windfall spending, if spent on other people.

You don’t have to be as generous as Bill Gates either (nor does it even have to be your money); in one experiment participants were given a $5 or $20 bill and told either to spend it on others or to buy something for themselves. Those who spent the money on other people were happier than those who spent it on themselves.

Getting the balance right

So where do these conflicting newspaper articles about money and happiness leave us, apart from feeling a bit confused, and wishing there were better ways of communicating complex messages about happiness?

You might have read that Bhutan, that little landlocked country about the size of Vermont and New Hampshire combined, held its first democratic elections on Monday, ending a century of royal rule. “So what?” you may ask. For one thing it’s an opportunity to see if democracy does indeed lead to greater well-being (Inglehart & Klingemann, 2000). For another, Bhutan, the land of the thunder dragon, pioneered Gross National Happiness (GNH), way before any of us in the West were taking happiness seriously. Prime Minister Dorji describes GNH as a policy of “balancing sustainable growth against the often damaging results of rampant wealth”. So the relevance is that Bhutan is experiencing upfront what the developed world only knows with hindsight; that chasing economic growth at the expense of everything else is not a particularly good idea. The CEO of the Royal Securities Exchange of Bhutan Ltd., the country’s stock market, is quoted by Bloomberg as saying that Bhutan takes a holistic approach to capital markets which the West does not. Not only that but Bhutan’s approach to trade is “based around a basic economic fact: What goes around, comes around. We call it karma.”

As it happens, both parties contesting the Bhutan general election promised to maintain the 30 year old GNH policy, which is soundly based in Buddhist philosophy. And there is no doubt that the country has done well since it was introduced; life expectancy has grown from 48 to 66 in two decades thanks to increasing spend in basic health care, and by 2005 three of the Millennium development goals had already been reached.

Will the people of Bhutan be tempted to abandon their traditions and GNH in favor of Western-style economics? Some observers are optimistic that their innate self-discipline and practicality, as well as the country’s stability and existing good governance will mitigate the risks, but it remains to be seen whether Gross National Happiness survives the transition to multi-party democracy. I for one will be watching with great interest to see if East and West can co-exist harmoniously and whether we can finally reach agreement on whether money makes you happy!

Easter Bunnies: Positive Psychology and the Need for Superfetation

For an interesting take on the money-happiness relation, see the right-wing think tank the Institute of Economic Affairs paper which is spearheading the backlash against basing Government policy on well-being: http://www.iea.org.uk/files/upld-book416pdf?.pdf.

Does money buy happiness? The question seems to lack the specifics: the devil’s details.

If a source of unhappiness for you was a crushing debt-load, say, from an advanced degree I bet the relief of paying down that debt would bring some boost in happiness. Again, the lack of a common definition between PP and Big Media creates so much confusion for the public.

For what its worth, I believe more money does buy happiness when spent wisely.