Home All On the first day of Christmas, my true love gave to me
AllCommunicationHappiness ExercisesPathway 1 "Pleasure"Pathway 3 "Meaning"Positive Feelings_1 Positive Experiences

On the first day of Christmas, my true love gave to me

It’s definitely the time of year to reflect on the nature of gift-giving and what positive psychology has to teach us about it. In broader terms, giving (especially in the form of volunteering or acts of kindness) is often considered to be synonymous with altruism, i.e. the unselfish concern for the needs and interests of others. 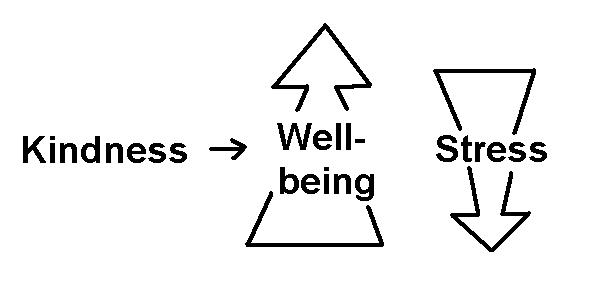 This would seem to fit very well with positive psychology principles; although the VIA Inventory of Strengths doesn’t specifically refer to giving, it does talk about strengths of humanity, such as kindness, including doing favors for others, taking care of them, and helping. There is growing research that being kind to others increases your subjective well-being and lowers your levels of stress and negative affect, although we don’t know which is cause and which effect. See work by Otake and colleagues, Fredrickson, and Thach.

But there is also large body of research in a number of disciplines (including psychology) which demonstrates that the act of giving is actually a more complex phenomenon than it would at first appear. Not all giving is altruistic, some involves a measure of reciprocity, or being nice to others because they are nice to you. The giver’s motivation, both conscious and subconscious, must also be taken into account. In human relationships, not only must giving take account of commitment and cost but also the feel-good factor, which can arise either from the purely positive experience of happiness, joy or satisfaction at giving, or from the avoidance of the potential feelings of guilt and unhappiness at not giving.

How often can you walk past a Big Issue seller on the streets of your city and not buy a copy?

Can you remember that scene in the film Peter’s Friends in which Maggie, played by Emma Thompson, excitedly hands out carefully chosen and carefully wrapped Christmas gifts to all her friends, only to discover that they have not reciprocated. Their mutual embarrassment and her discomfort at their thoughtlessness are excruciating to watch. Thus it would seem that the act of giving is not necessarily always altruistic after all, there are a great number of influences on the decision to give, not all of them conscious.

This is similar to the findings in Hur’s (2006) study into the motivations behind charitable giving in Korea, which concluded that people give to charities both for altruistic reasons, and to satisfy their selfishness.

Research into giving from the field of economics (e.g. Pitts & Skelly 1984), and from the world of IT (e.g. Bergquist & Ljungberg 2001) about the so-called “gift-economy” (largely facilitated it would seem by new technology such as open source software, information blogs and the huge rise in websites enabling people to give away their unwanted belongings for free), supports the findings that certain types of giving at least involve some form of mutual return.

Put on your own oxygen mask before helping others

Can mutually beneficial giving and helping also increase our well-being? Frisch (2006) is well aware that his Favor Bank intervention, in which he advises clients to intentionally build up a bank account of good feelings as they do favors for co-workers, friends, and family, could be seen as “distasteful” to people for whom relationships must be built on unconditional positive regard. Nevertheless, he makes an important point, that some clients (perhaps in therapy rather than coaching) might not be in a position to distinguish between doing a good turn for someone and being taken advantage of, thus there is merit in establishing a helping routine to ensure that the client is in a position to help others.

So where does this leave positive psychology, with its suggestion that we indulge in more altruistic giving, helping and acts of kindness to increase our subjective well-being?

Peterson and Seligman offer no positive interventions to encourage kindness and altruism, although fortunately some are now beginning to emerge. Research by Lyubomirsky and colleaguesPeterson.

Carr argues that altruism in children can be developed by fostering empathy, for example by getting children to reflect on the impact of their behaviour on others. You might be interested to know that in the UK, an organization called G-Nation has been set up – it’s part of the Citizenship Foundation, a partnership between charities and the government. G-Nation works with young people aged 11-16 to show them how they can change the world by giving. The question is, Christmas aside, are we all doing enough to set them a good example?

The Big Issue is a newspaper sold on the street to help the homeless, like BIG News in New York or Street Sense in Washington.

Tkach, C. T. (2006) Unlocking the treasury of human kindness: Enduring improvements in mood, happiness and self-evaluations. Dissertation Abstracts International: Section B: The Sciences and Engineering, 67(1-B), 603.

I really enjoyed your post. Particularly your observations that there is a lack of research within Positive Psychology on giving. The work done by Lyubomirsky et al does give us some insight into the short term benefits, but not long term benefits, of giving. The topic is complex but we do know from social psychology that, especially with older people, giving time and help to others is better for health and well-being, than receiving this help.

Erik Erikson had some interesting things to say on giving, or what he called generativity. Human activities such as teaching, mentoring and producing useful ideas are high in generativity and this results in the production of something that contributes to the betterment of society. Studies show that people high on generativity are mentally healthier and more integrated into society. Fabio Sani, at the University of Dundee is studying the effects of generativity on Socioeconomic status and well-being. His model is very simple and his findings are based on a very large sample.

I had not heard of the g-nation website, It’s great and really useful. I will definitly be recommending it to some teachers I know.

Apologies for only now commenting on your article. It felt particularly relevant to have read it today as I have only recently returned to London and have been unpacking my Christmas gifts!

Your points have been very thought provoking and mostly lead me to think back to one of my favourite books, Lewis Hyde’s The Gift: How the Creative Spirit Transforms the World.

The book is primarily speaking about gifts that are tangible rather than the ideas of giving time, giving skills, or giving ideas, but really the essence of the book is that a gift can take any shape or form.

The first part of the book is an investigation into the psychic, psychological, mysterious and material nature of gifts and gift giving. He speaks of the creative spirit understanding that nothing can be owned which is essential to a gift-giving culture, and particularly pertinent for our culture now as planetary resources diminish, we are going to need to learn to share, and give and give up.

By studying gift economies around the world he found that gifts link people and commerce separates them, the nature of a gift culture being based around establishing bonds within communities and between tribes, rather than about trading. In the culture of the America Indian, gifts must be passed on – they can be consumed but they must not be hoarded, and eventually, somehow, the one who has given a gift at the beginning, will find it returned to them, in some form, to complete the circle.

Lewis Hyde also speaks of a gift as being like a “ cross-current “ of energy from the giver to the person receiving the gift. Inspired by the book I now find that I often give gifts quietly imagining the energy that they represent, or the energy of the intention behind them. And each time I buy a gift I try and replenish something in the process that had been a part of making it.

And the circle idea lead me to think of this 20 minute film if you have time to view it : http://www.storyofstuff.com/

Hello Emily and Cassie
Sorry for only just coming back to you on your comments. Thank you for taking the time to read my posting and write such in depth responses!

Emily, I’m very interested in the creativity /well-being connection so I’ll investigate the Erikson/Sani references. Will be useful for my dissertation!

Cassie – I like the idea of the cross-current of energy in gifts; can you elaborate on the replenishment process you mention please? I watched the story of stuff – like Nef’s one planet living: http://www.neweconomics.org/gen/z_sys_PublicationDetail.aspx?PID=214