Does Success Breed Success? The Ups and Downs of Capitalising

During our one-week study school in July this year, our UEL MAPP class was lucky enough to have Pennsylvania MAPP student, Marie-Josee Salvas, present to us on the subject of Positive Interventions, one of which was capitalising. 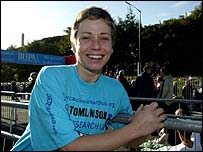 We discussed capitalising in the context of “making the most of a bad job.” Recently I was reminded of Jane Tomlinson MBE CBE*, the UK mother of 3 who, after being diagnosed with incurable breast cancer in 2000, went on to raise over £1.75m for for cancer research and children’s charities through a series of remarkable challenges, such as the London Marathon, the New York Marathon, the Ironman UK Triathlon and cycling 4200 miles across the US.

In their recent paper, Capitalizing on one’s advantages: Role of core self-evaluations, Judge and Hurst (2007) take a different perspective. The focus of their research is on what distinguishes those who seize upon and exploit advantages, rather than on those who succeed in the face of misfortune, tragedy or oppression. It seems a legitimate research topic, given that most of us in the developed world live in such “benign conditions”.

So what makes some of us take advantage of, and flourish, given favourable circumstances, and others not?

The answer, this research suggests, is tied up with the concept of Core Self-Evaluation (CSE), defined as the “fundamental premises that individuals hold about themselves and their functioning in the world” (Judge, Erez, & Bono, 1998, p. 168). CSE, indicated by four lower order personality traits (self-esteem, generalized self-efficacy, emotional stability, and locus of control), is thus a more complex construct than we might at first imagine.
Judge and Hurst’s (2007) research examines whether people with positive CSEs capitalize better on certain socio-economic advantages and academic achievements accrued in their youth (i.e. educational attainment, parents’ education, parents’ occupational prestige, poverty status as a child, years of education, high school GPA, SAT score) than those with low CSEs.

What is particularly interesting about this study is its longitudinal nature – the research participants were from the National Longitudinal Survey of Youth (NLSY79), a nationally representative sample of men and women who were between 14 and 22 when first interviewed in 1979, and between 37 and 45 at the time of this research. The research confirmed that CSEs were a significant moderator of each of the variables examined This suggests that all things being equal, given advantages at a young age, a positive CSE enables people to do better (measured in terms of material success) than others; however a positive CSE alone is not sufficient to lead to material success, there must be early years advantages to capitalize on.

So, if we have a low CSE, can we change it? Not easily, according to Judge, Bono and Locke, (2000) – it is fairly stable trait. But all is not lost; Judge and Hurst (2007)suggest that changes in state CSEs (as opposed to trait CSEs) might provide the means. In order to do that though, we need to understand which behaviours result in which state CSE changes, and which interventions we can undertake to change those behaviours.

As a Positive Psychology intervention then, capitalizing may not be within everyone’s gift. We know that even “simple” behaviour change (like sticking to a diet or an exercise programme) is rarely possible or sustainable without some change in our underlying belief system. Thus more research is needed to illuminate what is a highly relevant, and potentially life changing, intervention for the majority of the developed world.

* Tragically Jane died, aged 43, on the 3rd September. Accolades poured in from across the globe, she was a truly remarkable woman, an inspiration to all.

Mirror, mirror, on the wall…

Very interesting post, Bridget. It sounds like research on cultivating high CSEs in children could be key to positive parenting, and perhaps there’s a role for schools there, too.

Bridget,
So glad to read this article. I’m really interested in that Judge et al paper. It’s great to see academic papers pushing the bounds of that 40% component of happiness that we think is voluntary. Maybe it’s actually more than that. Is someone born with a certain CSE or can that be developed? Did you get a sense from the paper?
Best,
Senia

Lovely article! It would be interesting to see whether CSE is stable from a younger age than just 14. By then most children have spent almost 10 years in school. Self-regulation at age 4 has been found to predict all sorts of “goodies.” If CSE is relatively stable, then measures taken at a younger age might predict happiness, success or the like later on.

Can a high CSE “state” be induced in a laboratory setting? If so, it could become a way to develop that in school children who don’t seem to have the trait. Is it tied to other actionable PP features such as self-regulation, self-efficacy and self-determination?

Great food for thought in your article–Thanks!