Home All The Humanities and Well-Being
AllHumanitiesTheory

The Humanities and Well-Being 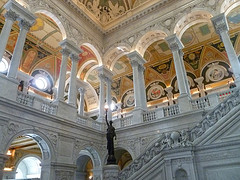 J. Ben O'Neal is distinguished professor emeritus and a member of the Academy of Outstanding Teachers at North Carolina State University where he taught electrical and computer engineering. He currently teaches subjects related to positive psychology and other topics at the Osher Lifelong Learning Institute at NCSU. Full bio pending. Ben's articles for Positive Psychology News are here.

Though I have searched the positive psychology literature, I have found very little about the link between the humanities and well-being. The humanities include religion as well as literature, art, philosophy, history, languages and related topics.

People enjoying the Calder Mobile,
East Wing of the National Gallery of Art

We know that attending religious services is highly correlated with well-being in a number of important categories. But what about reading poetry and literature, going to art museums, creating art, and all the other activities taught in the humanities? Do these activities promote well-being? I have found little evidence either way. That makes me think that perhaps this is an untapped but fertile area for research in positive psychology. Questions that occur to me include: 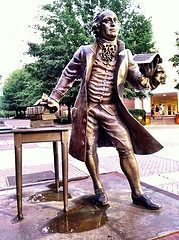 Questions abound. But let’s be cautious. The scientific way of knowing and thinking is highly unlikely to capture the efficacy of the humanities. The humanities produce a depth and enrichment of the soul which may be difficult to quantify. Consider, for example…

The Legacy of the Humanities

The humanities are more about character development than happiness and well-being. Most of the founders of the United States and the framers of our constitution were educated in the humanities. Those who gave us the modern democratic state with all its freedom and opportunities were products of a classical education in the humanities. Their legacy to us is beyond measurement or quantification. No experiments we can devise can fully evaluate this legacy. Nevertheless, some research like the studies of the advantages of religious practice could be novel and useful.

How the Humanities Have Influenced Me

The humanities have had a profound influence on me, but not through college or high school courses. My father gave me The Outline of History by H. G. Wells, a wonderful choice for a 17 year old. In college, while I studied engineering, many of my friends studied the humanities, sharing with me their deep interests in literature, philosophy, and history. Though I cannot claim to be well-educated in the humanities, they have had a profound effect on my life. I assume this is true for many others. 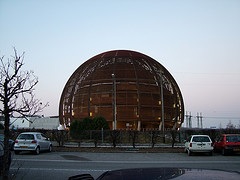 At NCSU where I taught engineering for 40 years, a new 1000 acre campus with buildings for teaching and research in engineering has been opened in the past 15 years and continues to expand. It is advertised as “an advanced technology community for university, government, and industrial partners.” The College of Humanities and Social Sciences are still housed on the old campus in buildings built many years ago.

Speaking of a similar situation at Vanderbilt, Volney Gay asks, “Why is this pattern, seen at every university, so common? Why do money, new buildings and resources seem to flow like a river to the sciences, (engineering,) and medicine yet barely trickle to the humanities?”

Is this because it is easy to show how technology and medicine increase human well-being, but little or no creditable evidence is available to show the link between well-being and the humanities?

This difficulty arises partly because many in the academy believe that it is inappropriate to apply scientific methods, especially quantified measures, to evaluate the efficacy of the humanities.

The Divorce of the Humanities and Science

There is a serious conflict in the academy regarding the encroachment of the sciences and the scientific method into the humanities. This conflict is about Scientism, the belief that science and the scientific method produce the most authoritative worldview and the most reliable and useful way of learning and knowing. It excludes other ways of knowing and thinking. This divorce has a long and rich history. In 1824, William Blake wrote Mock On, Mock On, Voltaire, Rousseau:

Mock on, mock on, Voltaire, Rousseau;
Mock on, mock on; ’tis all in vain!
You throw the sand against the wind,
And the wind blows it back again.
And every sand becomes a gem
Reflected in the beams divine;
Blown back they blind the mocking eye,
But still in Israel’s paths they shine.

The Atoms of Democritus
And Newton’s Particles of Light
Are sands upon the Red Sea shore,
Where Israel’s tents do shine so bright.

This divorce is discussed at length in essays by C.P Snow and Isaiah Berlin; and more recently by Stephen Pinker and his critic, Leon Wieseltier.

Nevertheless, research in positive psychology linking the humanities with well-being could have far-reaching results and would be a proper study of mankind.

Berlin, I. (2000). The Divorce between Science and the Humanities. In I. Berlin, The Proper Study of Mankind: An Anthology of Essays. Farrar, Straus and Giroux.

Pinker, S. (2013, August 19). Science is not your enemy: An impassioned plea to neglected novelists, embattled professors, and tenure-less historians. The New Republic.

The Limits of Pursuing the Best

Thanks for a great, heady article that encouraged me to stop and think about Humanities and science and why they often do not sit side by side. I loved the poem, too. I am smiling as our son<Jason is a grad of NC State in wood engineering. I can't wait to ask him if he took a class with you. Thanks much, Ben.

Simply reading your article gave me a boost, Ben, as I enjoyed a surge of gratitude for my liberal arts education at Occidental College, where all were required to take two solid years of The History of Civilization and other humanities. You made me realizing how it honed my appreciation for philosophy, art, literature, and music, which in turn have enriched my life immeasurably. My immersion in the humanities forged a keel of values and meaning even as technological winds accelerate. I wonder if you would find a kindred spirit in David Brooks, who describes (in his book The Road to Character) how our society focuses on “resume virtues” more than “eulogy virtues”–e.g., character virtues, which in the end are what matters. Thank you!

What Positive Psychology can learn from the Humanities

James Pawelski just got a large grant from the Templeton Foundation to study this. I hope theater is included! You can find a great NY Times article mentioning his MAPP class if you google. They visited an art museum.

Great responses, Gayle and Shannon. Thanks for your link, Shannon.

Amazing article – thank you so much professor O’Neal. You are absolutely right that positive psychology as a science should not overlook the roots that it is founded upon i.e the humanities.

And thank you Shannon for sharing the article.

Judy, Gayle, Shannon, Homaira-thanks for your comments.
Judy- GO WOLFPACK! I taught EE so probably never taught your son.
Gayle- Thanks for mentioning Brooks’, “The Road to Character.” Some quotes from this book:
• “We can shoot for something higher than happiness. We have a chance to take advantage of everyday occasions to build virtue in ourselves and be of service to the world.”
• David Brooks says he wrote this book “to save his own soul”
• “To defeat sin, you need help from outside of yourself.”
• “To promote happiness, focus on your strengths, to promote character, focus on your weaknesses” (may not be an exact quote).
Shannon, thanks for the reference to Pawelski’s article. I was unaware of it.

Thanks, Ben, and especially for your first quote. It really sparked me to take some deep thinking. Paying goodness forward is a double dip of meaning. Every day is indeed a precious possibility to do good in our world.

Ben, Are you still involved in this discussion and doing any research on it? I’m one of the writers in the volume “The Eudaimonic Turn” that you reference in your sources list, and I’m interested in doing more in this field. Would love to chat about it if this is still relevant and ongoing for you.