Open-mindedness and Judgment: Paragons In Action 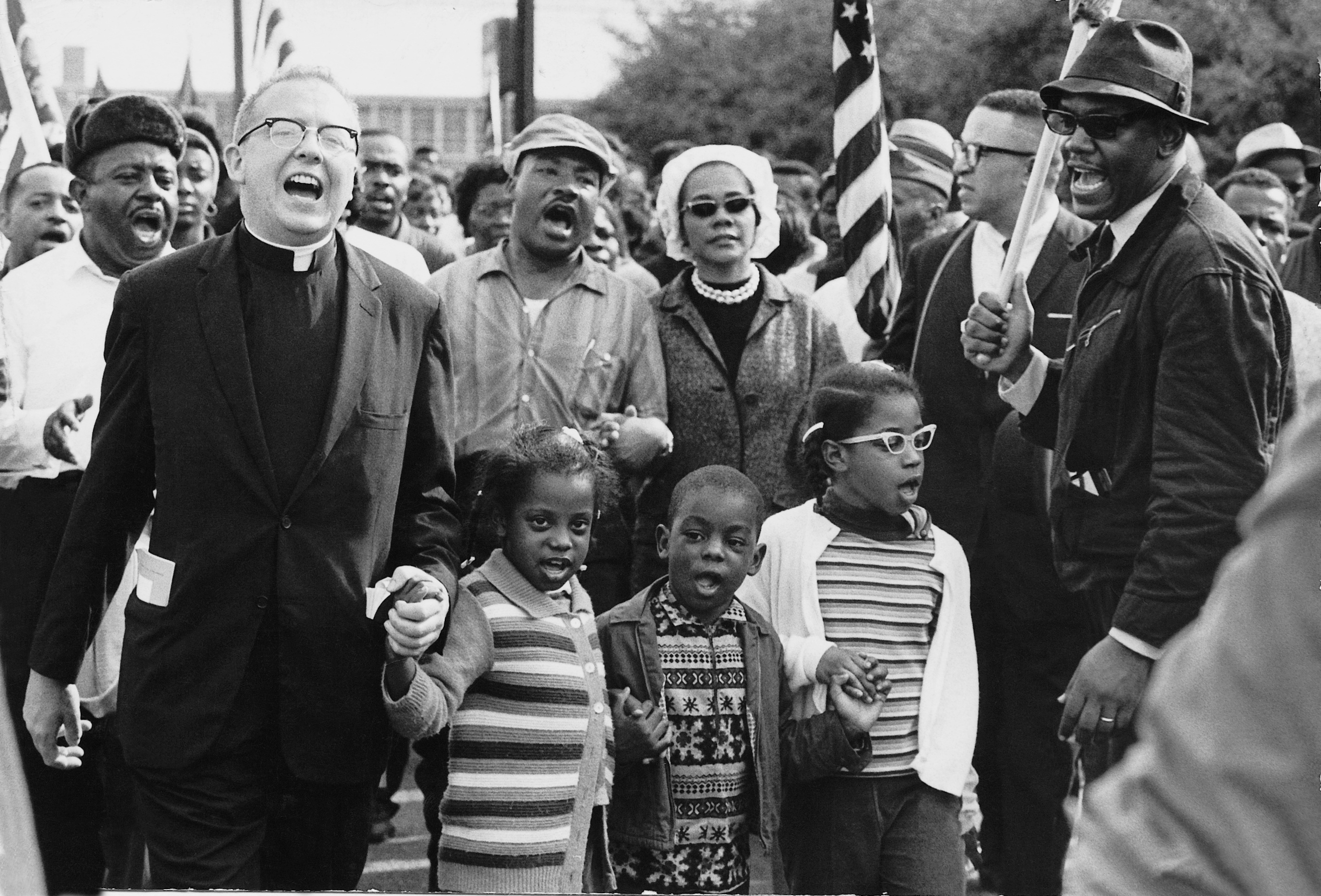 Author’s note: This is a continuation of the reflection started yesterday on judgment and open-mindedness as a character strength on the fence between heart and head.

While Lizzy and my other students study history formally, all of us have an opportunity to find examples of paragons of the strength of open-mindedness and judgment. The film, Selma, about Martin Luther King Jr. and the march from Selma to Montgomery in 1965, is an opportunity to reflect upon and celebrate the virtue of open-mindedness and judgment. 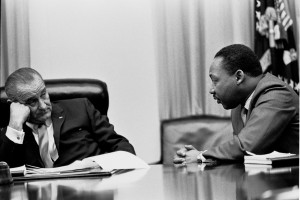 David Oyelowo portrays all of King’s humanity as he struggles to balance his conviction for civil rights with a desire to do no harm and to promote non-violence. Ava duVerney, the film’s director, shows us an example of the strength of judgment and a conviction for open-mindedness against the backdrop of courage and a fight for equality in citizenship.

Martin Luther King Jr. had difficult decisions to make both personally and for his community during the events of the Selma to Montgomery march. Interestingly, King did not walk in the first attempt over the Selma Bridge on March 7, 1965. However, this comes across as a judgment call, not an act of cowardice. Given the outcome of the day, now known as Bloody Sunday, King’s strategic decision to stay behind was potent. Had he been physically harmed, he would have been unable to lobby for the protection he ultimately won from Lyndon Baines Johnson and the Federal Government.

In his fight for freedom and his mission for open-mindedness, Bloody Sunday was not the only moment in the Selma-to-Montgomery march when King exercised exemplary judgment. On March 9th, King and other civil rights activists walked over the Edmund Pettus Bridge again. Known as Turn around Tuesday, on this day King once again exercised judgment and restraint to further the cause and protect those who were with him. King did not create a repeat of the violence that occurred on Bloody Sunday, nor did he violate the court order stating the march could not proceed. Instead, leading approximately 2,500 people across the bridge, organizing a short prayer session and then leading his supporters back into Selma, King exercised judgment that likely preserved lives and certainly generated more tactical publicity that helped many Americans become increasingly open-minded for supporting universal civil rights. 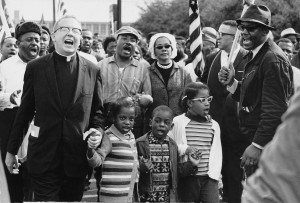 King and the Abernathy Children front-line in the Selma march

King’s conviction not only made him a leader, but the Nobel Peace Prize he won, for his doctrine of non-violence and his furthering human rights, demonstrate the depth of his purpose regarding open-mindedness. The thoughtfulness of his actions as he led those who stood beside him is a testament to his good judgment. At times, difficult decisions led to judgments with painful consequences (Bloody Sunday) and required more strategy and sacrifice (Turn Around Tuesday) than one may have imagined or than King would have most liked. The film artfully depicts the power and challenges of the strength of open-mindedness and judgment. By heralding King as its champion, drawing comparisons both to Malcolm X and George Wallace, and finally, causing us to reflect on difficult topics and hard won victories, the film exemplifies the virtue of open-mindedness and its sometimes perplexing twin, judgment.

Other Paragons on Film

Similarly, I suspect the films Mandela: Long Walk to Freedom and Gandhi also highlight excellent models of the strength of open-mindedness and judgment. Nowadays, King, Mandela, and Gandhi are all considered remarkable heroes because of their desire to further ideals of open-mindedness while working for the greater good of humanity. In modern society, it is hard to conceive of these three men as anything other than heroic. When I teach about these leaders, my students come away with the perception that these were noble men who used profound judgment fighting for worthy causes that perpetuated open-minded ideals.

Yet ironically, we must remember that at the time Gandhi, King, and Mandela were leading people in struggles for ideas of equality, there were those who did not share their views. Remember the notion I used to open this reflection on open-mindedness and judgment: “One man’s hero is another man’s terrorist.” To their adversaries, our modern heroes were terrorists; all three men were sent to prison for their controversial beliefs and actions. While it may be difficult for us now to envision them as terrorists, particularly because they advocated for a greater open-minded tolerance, we cannot forget that in their lifetimes, their ideologies were considered threatening for many.

Where Does That Leave Us?

According to Edmund Burke, “Those who don’t know history are doomed to repeat it.” By teaching moral reasoning instead of moral education, we abdicate our responsibility to help children develop the character strength of open-mindedness and judgment for themselves. These virtues must be learned by example and emotional connection. Viewing Selma is an excellent exercise to develop, contextualize, and build open-mindedness and judgment by watching an exemplar of the character virtue.

Trying to reason our way though the ambiguities of our modern world can be a minefield. When we teach virtue, emotion, and empathy, and when we help people learn how to align them with open-mindedness and good judgment, we build toward a more tempered and peaceful world.

Martin Luther King Jr. (1964). Recording of Acceptance speech for the Nobel Peace Prize: “I have an audacious faith in the future of mankind.” “What self-centered men tear down, men other-centered can build up.”

“I believe that this turn from character to quandary was a profound mistake, for two reasons. First it weakens morality and limits its scope. Where the ancients saw virtue and character at work in everything a person does, our modern conception confines morality to a set of situations that arise for each person only a few times in any given week: tradeoffs between self interest and the interest of others. … The second problem with the turn to moral reasoning is that it relies on bad psychology. Many moral education efforts since the 1970s take the rider off of the elephant and train him how to solve problems on his own. … Then class ends, the rider gets back on the elephant, and nothing changes at recess.” pp. 164-165.

Open-mindedness and Judgment: A Character Strength on the Fence

Six Tips for a Happy Workplace