Indeed, it is Valentine’s Day, which means it is another chance for me to write about love in PositivePsychologyNews.com. In 2008, I questioned what love is. In 2009, I reported on how sweet love can be and how love can be altruistic. Today I thought I would share some new research on love, and more specifically, on how lovers communicate with each other.

In the song Susie Q by Creedence Clearwater Revival, the lead singer tells Miss Susie that he like the way she walks and the she talks. One can only wonder how Susie Q walks and talks. Presumably, she walks with a little swing in her step, a little sashay in her hips. But how does Susie talk?

Do Men and Women Communicate Differently?

Lots of people have examined the ways men and women communicate. Films and TV shows have appropriated John Gray’s now infamous title, Men Are from Mars, Women Are from Venus. In her book, You Just Don’t Understand: Women and Men in Conversation, linguist Deborah Tannen examined the differences in male and female communication noting that men often “report talk” while women “rapport talk.” In other words, men tend to talk about facts, and prefer public speaking, while women speak more about emotions, and prefer to do so in a private setting. Tannen’s book was first published in 1990, and Gray’s in 1992. Yet they have become part of the canon in our understanding of the differences in communication between the sexes. 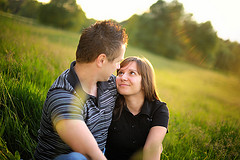 But…if we communicate so differently, how do we ever find the words to fall in love? And, more importantly, what makes one person’s words seems so right to us? What makes us “like the way he/she talks,” so that we click and fall in love?


What Do Our Words Tell Us?

New research from the University of Texas at Austin examines language style and its ability to predict the success of new relationships. James Pennebaker explained that his team looked at function words— terms like the, a, be, anything, that, will, him—which require social context and social skills to use effectively. If two people use function words well, understand each other clearly, and even use synchrony (a type of matching or mimicry) in their words, the likelihood of the stability and success of their relationship is greater.

The research team at the University of Texas at Austin has even created an online application where folks can go and submit text from emails, IM’s or letters to see how compatible they are with their correspondent/love interest based on their Language Matching Style (LSM). This application was, in fact, the selling point that made me want to write about this research this month.

LSM is scored on a 0.50-1.00 scale, with 0.50 showing virtually no compatibility and 1.00 demonstrating maximum compatibility. So, thinking it would be fun and enlightening, I decided to give it a whirl! 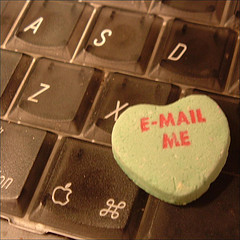 I am a sentimentalist. In How Sweet It Is, I wrote about the whirlwind of my romance with my husband. Suffice it to say I have kept all of our early correspondence. I am pretty darn certain that we are compatible, but I decided to see if the psychologists’ technology application would agree. I entered two of our earliest email exchanges and pushed enter. What would the computer say?


While I was not surprised when our LSM score was very high, it did make me happy. According to the site, “Compared to other emails that we have analyzed, your LSM score is far above average. To give you an idea, most LSM scores for emails range between .75 and .95, with an average around .84. The more that the two people are paying attention to each other in their interaction, the higher the LSM.”

Developing Your Willpower by Shoveling Greenland

A Broad View of Intimacy

Great article. As other researchers have pointed out, men focus on what needs to be done, while women like to discuss the whys. It’s important to acknowledge the difference because it would help a couple reach a compromise in terms of difference in communication styles. One partner may feel disregarded if a partner does not acknowledge this difference.