Be The Little Engine that Could

In the fable, a long train with many cars tries to find a steam engine that will pull it over a large mountain. The larger, more powerful engines refuse to haul the train because it is too large and they do not believe they are up to the job. Finally, the Little Blue Engine –who was designed just to work in the train yard — volunteers for the mighty task.

As he pulls the long chain of cars over the mountain, he tells himself, “I think I can, I think I can.” Amazingly, our little hero accomplishes his task.

When it comes to productivity and performance, we can all take a lesson from the Little Blue Engine. How often do we doubt ourselves or procrastinate because we are afraid to start? Our little blue friend did not did not hesitate — and he was his own best champion along the way.

Strive for a Growth Mindset

In Mindset, Carol Dweck describes two different mindsets—fixed and growth. If the Little Blue Engine had a fixed mindset, he never would have tried to do the job. He would have said to himself, “well, I am just meant for yard work. There is no way I could ever pull all those cars up that mountain.” Those beliefs would have limited his potential, fixing himself to a certain role in the train yard of life.

But the Little Blue Engine had a growth mindset. “Maybe I was designed for yard work, but I bet if I tried, I could haul all those cars up the mountain.” He believed that he could grow to accomplish an even bigger mission than the one for which he was designed.

How did he do it? As a positive psychologist, I can imagine a number of strategies. He was excited by the challenge he had set for himself. And he was persistent. Maybe when he first started up the mountain he slipped backwards and had to put on the brakes. But he didn’t give up. He built up more steam and tried again. 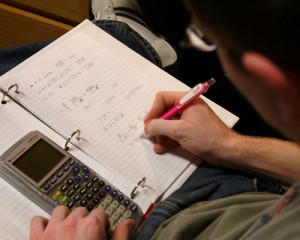 Maybe he segmented the large task into smaller goals for himself, deciding that he would just get past the first red house and then, once he had done that, get to the second yellow store along the mountain, and so on. He was probably process rather than outcome focused, meaning that he broke his task into manageable steps so that he could actually reach his goal. Best of all, he stayed focused and motivated on his ultimate goal with his mantra “I think I can, I think I can.”

As an author and a teacher, I am inspired by the Little Engine that Could. I wish I was better about being focused on the process (writing a few pages) rather than the outcome (the book). I strive to teach my students that by focusing on the process they will get the outcome they desire. For example, if you study, you will learn, and if you learn, you’ll get the good grades you want. Both my students and I could better follow his model of the growth mindset, remembering that our talents can be developed with effort, practice, and an open mind.

I think I can…

I think I can…

Focus on the Process

I have a feeling that practicing a growth mindset with “I think I can, I think I can” will result in many written pages for me. Pages will add up to chapters and eventually I will see the top of my mountain—my book. For my students, consistent completed homework assignments will add up when it comes time for tests and exams.

What will it be for you? We’ve all got to break down our goals and do our own work before we get to our personal summits. When the Little Blue Engine reached the top of mountain and succeeded in his job, he said to himself, “I thought I could.” It will feel wonderful when we can all say that to ourselves!

Lyubomirsky, S. (2008). Sonja Lyubomirsky, Ph.D., author of The How of Happiness: A Scientific Approach to Getting the Life You Want. New York: Penguin Books.

Perfectionism and Productivity: Visions of Success or Fear of Failure?

Thank you kindly for the interesting read.

Process oriented project management empowers one to be more successful in attaining the overarching purpose and value driven goals we seek.

The process can be leveraged more effectively by transforming potential and actual liabilities into assets through learning and the acceptance of challenges as the learning fulcrum.

We weren’t sure what to expect, but I have to say that we loved it! The movie is bright, colorful and FUN! The animation is surprisingly good, and the voice acting top-notch. Usually, movies for younger kids can drag, but this one moved along at a perfect pace, keeping all the kids in the audience enthralled. And I was pleasantly surprised at how FUNNY it was, keeping the adults entertained, too. The filmmakers really did a nice job of making sure all ages can enjoy this.

Do you mind if I quote a couple of your posts as long as I provide
credit and sources back to your website? My blog is in the very same niche as yours and my users would genuinely benefit from a lot of the information you provide here.
Please let me know if this alright with you. Thanks!

It’s fine to quote posts from this site, or even republish the articles so long as you follow the guidelines on the Reprint Policy page. In brief, you need to say that the article was originally published here, identify the author, and give the original publication date.