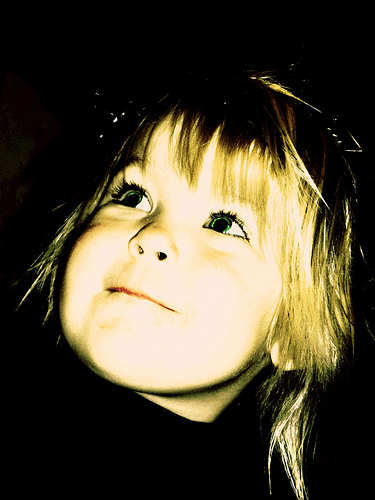 Recently I have been reading Silas Marner by George Eliot. The book is the story of a miserly, misanthropic weaver who loses his stash of gold but gains a young orphaned baby girl with shiny golden hair. The love affair between the weaver and the child is extremely poignant, and it has gotten me thinking about a very specific kind of love: altruistic love.

Vaillant defines altruism as “vicarious but constructive and instinctually gratifying service to others.” It is not considered a strength among the 24 strengths included in the VIA strengths test. Instead, in the VIA, altruism is classified as a subset of love—altruistic love. By comparison, altruism is considered one of our most highly adaptive coping mechanisms, one of the ways in which we handle the challenges of the world around us.

When we think of altruism, we tend to think of it as complete selflessness. It is Mother Teresa aiding orphans. Perhaps it is the Grameen bank, helping the less fortunate start businesses to improve their lot. It is Silas Marner adopting his daughter Eppie. 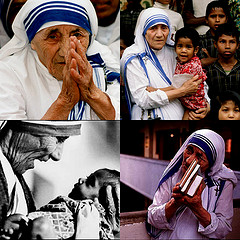 However, altruism is more complicated, as demonstrated by the notion of altruistic love. Another character in Silas Marner is Geoffrey Cass. Cass is Eppie’s biological father, but he hides his identity because Eppie’s mother was an opium addict who died in a snowstorm, allowing him to marry Nancy Lammeter, the woman of his dreams. However, Cass winds up having no other children and does not completely abandon Eppie either. For years he provides Silas and their shared daughter with material gifts.

According to Richard Dawkins, the author of the The Selfish Gene, it makes sense that Cass would support Eppie. Biologically speaking she is his offspring, so supporting her gives him an evolutionary advantage by propagating his genes. But for Silas, adopting Eppie does not have a “selfish” reward biologically speaking. His adoption of the golden haired child is purely altruistic, and as Eliot describes it:

“Eppie called him away from his weaving, and made him think all its pauses a holiday, reawakening his senses with her fresh life… warming him into joy because she had joy.” (Eliot, 1861.)

Given Eliot’s description, we must question if the adoption of Eppie is completely selfless. Eppie brings Silas great joy, both as a baby and as an eighteen year old. Her love of life is contagious and Silas is bitten by her bug. She allows him not only to rejoice in her enthusiasm but also to reintegrate into the society of Raveloe, where father and daughter live.

Silas Marner is an example not only of altruism but also of altruistic love. Because he is selfless enough to take in the beautiful child, he is rewarded with the benefits of love, joy, awe and delight. We all know that these positive emotions make our lives richer and provide us with a multiplicity of benefits. So altruism, which is supposed to be selfless, provides us gifts in the end. Hence altruism, a coping mechanism, becomes altruistic love, a strength. Both the person being altruistic and the person on the receiving end of the altruistic action gain emotional advantages.

George Vaillant is fond of saying, “It is not think less of yourself, it is think of yourself less.” Of course we must have healthy self esteem to allow us self efficacy (a state of being that is essential to altruism), but when we think of others in an altruistic manner, ultimately we do good for both others and ourselves. We bring a highly attuned kind of love into the world, the kind that is not selfish—parental, romantic or platonic. Our heroes of the strength of altruistic love, Mother Teresa, Florence Nightingale, are people who have changed the world both dramatically and for the better. That is love, that is hope, and that is change.

For other reflections on pure altruism, see Derrick Carpenter’s The Gift of Giving.

Images:
All images are from a search on flickr.com for images with Creative Commons licenses:
Golden haired girl from Ekler’s photostream labeled Anna Maria
Mother Teresa courtesy of @Peta_de_Aztlan

How Do I Love/Hate Thee? Let Me Count the Ways

Aren,
Excellent article on the complexity of altruism. I’ve coached many people who attempt to shun the benefits they receive from helping others. They seem to think they are not supposed to benefit. Dr. Chuck Dwyer (UPenn) once said that all of us are basically selfish even when we fulfill our altruistic tendencies. Once I got over my umbrage at being called selfish, I got his point. We definitely receive something when we help others, as the Positive Psychology research also attests. Thank you for reminding us that we can savor the benefits of our “instinctually gratifying service to others.”

Scott,
Thanks for your note. What a good point. We assign value judgements to the words selfish and altruistic that make them seem to be polar opposities, but at the end of the day there is some relationship that should not be discomforting but perhaps instead celebrated from a positive psychology viewpoint. Thanks for “getting it!”

Dear Aren
Silas Marner is such a good book.Thank you for bringing it to our attention. But, hey, what lonely old man could resist Eppie. I fell in love with her too 30 years ago and still had young children at home. We are hardwired to rescue lost children’ That is why it feels so wonderful (i.e. brings joy).