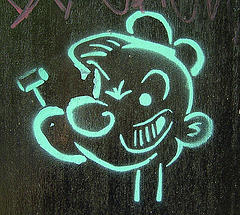 In Chapters 2 and 3 of the Book of Genesis, Eve is tempted by the serpent and eats from the Tree of Knowledge, also known as the Tree of Conscience.  As a result of eating the forbidden fruit, Adam and Eve become aware of their nakedness and are banished from the Garden of Eden.  Equally, in the Hermann Hesse story of Siddhartha, the journey of Prince Siddhartha chronicals the process of self-awareness that leads to the evolution of the Buddha.  In my opinion, these tales holds the kernel for the twenty-fifth strength:  self-awareness.

Self-Awareness Fits the Criteria for Strengths

Self-awareness or self-knowledge seems to me to follow the many different criteria that are true for character strengths (Peterson, 2006 p. 141-142).  It is ubiqitious and fulfilling, it is morally valued and it does not diminish others.  While there is no direct antonym execpt perhaps doltishness, it is clear that it nonfelicitous to be lacking in self-awareness.  It seems likely that it is distinct, trait-like and measurable in nature.  My guess is that we could find children who are prodigies at self-awareness, and in all likelihood paragons of all strengths are in fact also paragons of self-awareness, however I would point to the Dalai Lama as a current paragon of self-awareness.  Most specifically, there are indeed institutions that foster self-awareness, starting from mindfulness meditation and including traditional psychotherapy.

Additionally, self-awareness seems to fit the Aristotlean theory of the mean of virtue.  Too much self-awareness would lead to either crippling self-conciousness where a person would be unable to act or insufferable pride and a completely overdeveloped sense of self or hubris.  By comparison, a person lacking self-awareness could seem oblivious to his or her own actions or his impact on others.

It seems to me that self-awareness is a cornerstone for character strengths.  I realized it was missing when I looked at the circumplex of strengths (Peterson, 2006; p. 158).  Self-awareness would belong in the quadrant focuses on self/heart, along with curiosity, hope and zest.  It is noteworthy that this is the one of the lesser populated quadrants of the circumplex, and it seems possible that there might be room for another strength here.  Although self-knowledge modulates between thoughts and emotions, it is more firmly rooted in the realm of emotion than thought, hence placing it in the “heart” side of the circumplex.  Also, it seems clear to me that self-awareness is different from all three of the other strengths that share its quadrant in fairly profound ways.  Curiosity, hope and zest all have strong external components, looking toward the outside world, while self-knowledge is more “in touch” with our inner workings, the way we feel and the way we think and how we alternate between the two.

In a sense it is difficult to imagine estimating self-awareness, but maybe not.  Statements like:  I listen to my heart, I trust my gut, I believe in my own judgment, I know myself well, might all be ways to get at self-awareness.  I think of it as being akin to the Feeling metric on the MBTI — it is how we feel about ourselves, and how we measure it.  Perhaps, in fact, another name for this self-awareness is self-love.  We all know people who are at odds with themselves, and they are very different from people who love themselves.  We may all have eaten the forbidden fruit, but some of us remain more comfortable with the notion that “when we are undressed, we are naked” than others.  Because I believe self-awareness is akin to self-love, I would categorize it in the strengths of humanity.  Just like love of others and kindness towards others, self-awareness is about our kindness to ourselves.  Without a certain degree of not only awareness but love of ourselves are we able to act and be in the world effectively.

How is Self-Awareness Different from Other Strengths?

Ironically, it is other strengths in different quadrants of the circumplex from which self-awareness needs to be differentiated.  How is self-awareness different than perspective or self-regulation?  What about integrity and social intelligence?  Clearly there are subtle differences and I will try to tackle each one here.

The biggest difference about self-awareness is that it is inherently introspective.  By comparison to wisdom and perspective, where self-knowledge is used for giving advice, self-awareness is about the advice we give to ourselves and how we act in the world.  Is it likely that someone who is wise is not self-aware?  I believe it is possible, because sometimes we are wise in certain areas and not others.  To use a concrete example, I have a good friend who I trust for her advice on work and dating because she is a smart and loyal friend with a high degree of social intelligence.  Yet when I watch how she conducts her own dating and professional lives, I become more and more aware of her own lack of self-knowledge.  She says she wants a relationship, yet all her actions always push too hard, to the point that she pushes people away.  In her working life, she deliberately took a new job to slow her pace, but now that she could slow down, she does not permit herself that freedom and she applies too much pressure to herself and takes home too much work each weekend.  To me, she is an example of someone with wisdom in other realms; she can see things and convey advice to others, but in truth she can be oblivious in her own life.   Equally, it seems possible that a person could be self-aware and yet could perhaps lack the skills to convey perspective to another person.

Another challenge with self-awareness and measurement almost comes from the argument of solipsism, or comparatively the argument that “other people matter.”  Is it wrong to have a strength that is completely self-involved?  How do we measure such a strength?

I had an epiphany tonight when I met a friend for dinner.  It is a long-time friendship fraught with tension, and while I had sent the last email with the time and place, he never wrote or called me to confirm our date.  At 8:30 pm, when we were scheduled to meet, I got a message from my friend saying “I am on my way to the restaurant.”  I called him back and said, “I had forgotten, but I am getting into a cab now.”  The truth was, I hadn’t forgotten, I had been playing a game of chicken to see if he would actually confirm our plan or stand me up.  And when I got to the restaurant, my savvy and shrewd friend who knows that one of my signature strengths is authenticity called me out on my white lie and said, “So, you forgot?”  Immediately I started making excuses (not very well I might add) about how I had had a meeting that ran late, etc. etc.  My friend looked at me and said, “It’s okay, you forgot.”  In that moment I realized he was trying to rattle my cage, just as he had in waiting until the last minute to confirm our plan — he was trying deliberately to “knock me off my game” and make me feel uncomfortable because of the tension that is part of our relationship.

But with self-awareness as one of my strengths— my integrity that was causing me to back-peddle, my social intelligence that allowed me to see through my friend’s manipulative behavior—  I was able to know myself and thus stay on stable footing.  As Popeye would say, “I am what I am and that’s all that I am.”  It occurs to me that self-awareness is both a strength in its own right, and it is a strength that comes from understanding our other strengths.

I enjoyed your article! I agree with you on the importance of self-awareness– it seems to underlie so many important aspects of the way we operate in the world: relationships, leadership, compassion, and energy.

Thanks for writing,
Christine

Thanks so much for your comment. I am glad that you believe self-awareness is a critical component of how we operate in the world. I am surprised that we have not spent more time on definitions of “the self” this year. It seems to me that to have 24 strengths and not include one that is focused solely on knowing ourselves is somehow incomplete……

Thanks so much and hope to talk to you soon!!
Aren

Aren – I loved your 25th strength! “Know thyself” is the starting point for a successful coaching engagement. I also loved your personal self-awareness story – thank you for making this real. Warm regards, Margaret
P.S. – the MAPP Alumni organization will be in great hands with you as one of the officers 🙂

Fantastic article. I was searching for results that might present self-awareness as a strength as the basis for a question I am developing for some research I am designing as part of my Positive Psychology MSc and found this… I couldn’t agree more but you put it far more eloquently than I could!