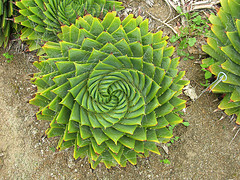 Editor’s Note: This is the 3rd in a series of articles about The Oxford Handbook of Positive Organizational Scholarship. See also Kirsten Cronlund’s article,
A Powerful Collection: Book Review and Amanda Horne’s article, Virtuous Organizations

An Example of Positive Deviance 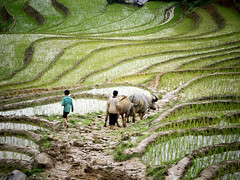 Twelve years ago, Harvard Business Review published an article on the role the Save the Children organization played in reducing childhood malnutrition in rural villages in Vietnam. Behavior was changed by examining the positive deviants in the community: the families who did not have malnutrition because they were feeding their children differently, against conventional wisdom. By helping the rest of the villagers discover this behavior already occurring among their members, change was implemented from within.

This inspiring story is one of many examples of Positive Deviance (PD) that occur in the health and nutrition sciences. In Chapter 77 of The Oxford Handbook of Positive Organizational Scholarship, Marc Lavine reviews the history of positive deviance and suggests that management and organizational scholars should “make greater use of PD as a learning method or applied technology.”

He notes that the 2003 book Positive Organizational Scholarship included an examination of positive deviance in organizations by Gretchen Spreitzer and Scott Sonenshein. They provided definitions, constructs, and future research agendas. Nine years later, little has happened to extend this work in business settings. Lavine finds that PD has flourished in social services settings, with the Positive Deviance Initiative providing the “most comprehensive treatment of an applied PD approach to date.”

What is Positive Deviance?

PD is both an act and an approach.

“Positive Deviance is based on the observation that in every community there are certain individuals or groups whose uncommon behaviors and strategies enable them to find better solutions to problems than their peers, while having access to the same resources and facing similar or worse challenges. The Positive Deviance approach is an asset-based, problem-solving, and community-driven approach that enables the community to discover these successful behaviors and strategies and develop a plan of action to promote their adoption by all concerned.” ~The Positive Deviance Initiative website

Lavine notes that Spreitzer and Sonenshein defined positive deviance as “intentional behaviors that depart from the norms of a referent group in honorable ways.” Lavine updates the definition, “PD is uncommon behavior that does not conform to expected norms but would be deemed positive by a referent group.” This definition incorporates what Lavine considers the essential qualities of positive deviance.

Positive deviance focuses attention on the extreme end of the positive spectrum. The PD approach comprises: 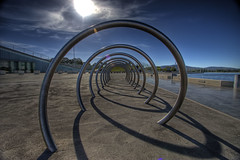 The PD approach is languishing in the organizational world. Lavine proposes several research questions that could stimulate a greater uptake of the PD approach. These include:

Is the Jargon Obscuring the Message?

I would add my wish that the term “positive deviance” be reconsidered. I believe that a new term might improve the take-up of PD. Lavine noted that the word “deviance” is usually understood to be negative, and it brings to mind behaviors that are socially unacceptable. This is certainly a recurrent reaction amongst my peers and colleagues who do not warm to the term. They cannot imagine their teams enthusiastically seeking to make their projects into positive deviants.

For information about Jerry and Monique Sternin’s work in Vietnam with Save the Children see these three articles:

Enjoyed the article and agree that Positive Deviance needs a new name.
It seems the process is similar to Best Practice Benchmarking which I used to good effect to identify the reasons behind performance differences across bottling lines in the spirits industry. Usually these were less to do with the systems, machines and materials and more to do with the differing approaches people took.

AI / PD / Best practice…..it’s in the interpretation. They all work together.

I’m not sure I’d put ai in the same league as these – not evidence of efficacy. Most cases (in fact all I have observed) have been duds

I also think the term Best Practice sits more easily with people who undertake such reviews (reinforcing my point that I don’t think people would enjoy saying their working on a Positive Deviance apprpach. However, weaving in the concepts/practices of AI and Positive Deviance would give them a broader set of questions and approaches.

My experience with Appreciative Inquiry, in small team and one-on-one conversations is that it’s a very effective approach.

Great article on a topic which does need more publicity. We cover it briefly in our Positive Psychology Masterclass & it gets a mixed response – not everyone agrees about the name being problematic but I think it’s a marketing nightmare.

What I find especially interesting is the discussion which arises about the lack of words to describe the positive organisational behaviour and performance that we would like to see. Take my favourite area in business, finance. We tend to look at a company as either profitable or unprofitable. But if a business can do more than be profitable, what would we call it? Cameron suggests ‘generous’. Take another area, efficiency – a business tends to be seen as either inefficient or efficient. Can it be better than efficient? If so, what do we call this behaviour? Cameron suggests ‘extraordinary’. I think what he’s saying is really important, however, it appears we just don’t have the language to describe these positive behaviours accurately enough. Words like extraordinary or excellent are overused and too vague to be really helpful.

I agree. Finding words that we all agree on is troublesome. For example, September’s article on Virtous Organisations….the term virtuous does not appealing to everyone.

We’re hunting for words that move us beyond ‘positive’, ‘thriving’, ‘flourishing’ – overused, vague.

Wonderful that you raised Cameron’s work again about the positive deviance in organisations. October’s PPND article will include his continuum.

Amanda – why a new language. Just perhaps saying things like “Ive never thought of doing it that way before – it seems to be amazingly effective|” might suffice. I suspect the language needs to be contextualised to the organisation.

Oz – that’s a good reality check. We can become distracted discussing terminology. Yesterday I was with a group discussing positive psychology. We got over the name very quickly to discuss instead what the field has to offer.
Amanda