Home All Kindness in the Festive Season
AllHabitsKindnessTaking Action

Kindness in the Festive Season 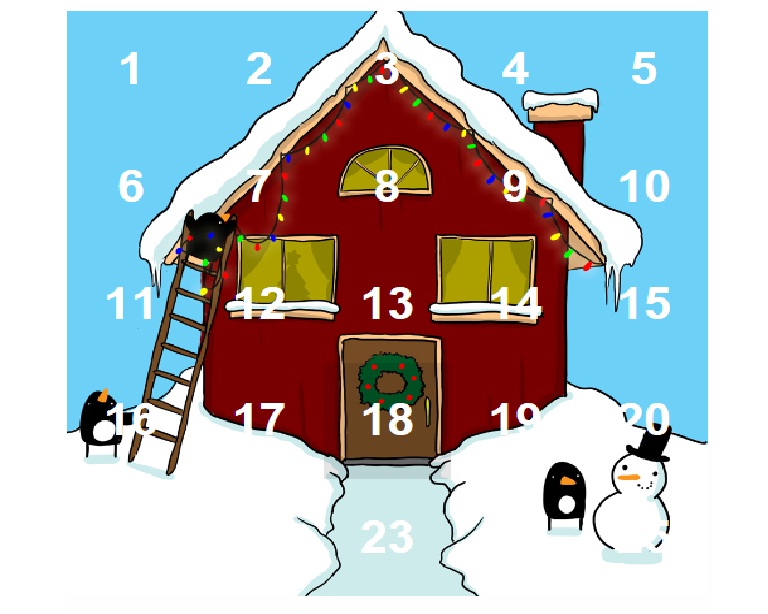 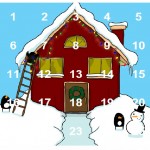 In the days leading up to Christmas Day, some people like to use an Advent Calendar to count down the days to December 25th. Many commercial calendars reveal a small gift each day, such as a chocolate. What fun to receive little piece of sweetness each day! But what if it’s more fun to give than receive? Based on research that we are happier when giving than when receiving, an on-line Acts of Kindness Advent Calendar was unveiled on 1 December 2011. Readers of the website clicked to discover an act of kindness they could undertake each day.

As one of those readers, I enjoyed the anticipation of what was to come each day, and I tried a few of the suggestions. It certainly added to my daily joy, sometimes doing the act of kindness, or at other times simply reading the daily suggestion and learning along the way a little about some of the research into kindness.

Curious to know more about the creation, last week I contacted the person behind the scenes, Kurt Shuster, a former MAPP student, to talk to him about his motivation for creating the Acts of Kindness Advent Calendar. 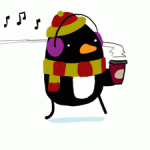 Amanda: What motivated you to create this calendar?

Kurt: There are a number of factors leading to the creation of the calendar. My work is about helping to make lives better. What attracted me to Positive Psychology is that this field is about helping people to lead better lives.

I’m also influenced by David Cooperrider, who is behind Appreciative Inquiry, and his comments about how business can be an agent for world benefit. So I wondered what I could do in the festive season to be an agent for positive impact on people’s lives.

But I also had a somewhat selfish motivation. When doing the MAPP course, I completed my VIA Strengths survey and found that my strength of Kindness and Generosity was #24. The last strength. The bottom strength. I resolved to work on this strength as I was struck by the research that kindness has a significant impact on one’s flourishing. I love the idea that helping others is a kindness both to the giver and the receiver. I am on a quest to be kinder.

Amanda: How did the calendar come into being?

Kurt: I noticed that the Advent calendar is usually about getting something. But I thought that there could be a way to use the idea that we can be better off doing the giving.
I’d had the on-line calendar idea for a while, and at the 11th hour, literally, our team pulled an all-nighter on 30 November. It was now or never; we could not wait another year. We had designers, artwork and technical people – all of us were up till 5am and we did it. Then it was simply a matter of uploading a new idea each day. 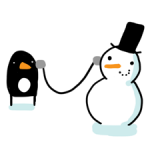 Amanda: What was the effect on your team, and on others?

Kurt: My team usually makes software. They are programmers and love doing that, but sometimes as with any job, it can have its unexciting moments. They found it fun to be doing something different and that people would enjoy. I didn’t ask them to work all night. They volunteered.

It turned out to be very rewarding for everyone, not just creating the site, but also reading the reader comments each day. The project was inherently satisfying. It was a positive boost for everyone, and even though it was extra work for them, it felt like fun. Each day I found enjoyment by writing suggestions that were interesting, light, and humorous. Yet of course there’s a serious side to this, as my suggestions were based on research.

Amanda: Can you tell me more about the science that influenced you?

Kurt: There were many examples. For example, Dan Gilbert, Sonya Lyubomirsky, the Dalai Lama, and people who wrote about values and random acts of kindness. There are a lot of great websites out there. One of the biggest influences was Elizabeth Dunn from the University of British Columbia, whom we actually met. She found that most people thought they’d be happier buying something for themselves. Her research study proved them wrong. People are happier spending on others and even more so if they spend the money in the presence of the other person. You can read a little about our meeting with her here on Day 8 of the Kindness Advent Calendar.

Amanda: What effect did the 25 ideas have on your readers?

Kurt: We found that we informally replicated Dan Gilbert’s research results. All the actions take work, and they take time. It is good to do acts of kindness, but it’s not easy. We know it was not possible for everyone to do them all. We noticed more activity for the easy actions. However, we also know that some of the harder acts are the ones likely to have a more lasting effect. We had some fantastic comments on the website, about how the actions had a positive impact on the readers. If you are curious, go to the site to read the comments.

Amanda: Where to now? What’s next for you?

Kurt: Watch this space, because I have plans for 2012. This kindness thing is not natural for me. I’m a tough nut to crack. It will take me a while. I’m not transformed just because of the Advent calendar. What I liked was that it was fun for me, but I didn’t do all of them. I was kind of like a detached professor, because I know it academically, but it’s a different thing to actually embody it. And I was focusing on getting the ideas out there each day. So this year I’m working on more ideas that I’ll actually implement myself.

Final words from Kurt: Can I add, that I’d like to send a big thank you to everyone for being part of the Kindness Advent Calendar. And I would add a very special thank-you to Robert Biswas-Diener, who was particularly generous with his contributions.

Editor’s Note: The Kindness Advent calendar is still available. Why not use as a monthly set of activities for, say, February and see what comes about?

Aknin, L. B., & Dunn, E. W. (2012). Spending money on others leads to higher happiness than spending on yourself. In J. Froh & A. Parks (Eds.), Activities for Teaching Positive Psychology: A Guide for Instructors. American Psychological Association.

Images used with permission from the Noomii Kindness Advent Calendar.

Home for the Holidays