The Good Life According to J. K. Rowling

Two weeks ago a very good friend wrote to me, “This is wonderful – perhaps some grist for your newsletter?” She included a link to J. K. Rowling’s June 2008 Commencement Address, “The Fringe Benefits of Failure and the Importance of Imagination” delivered at the Annual Meeting of the Harvard Alumni Association. Although over two years old, the speech continues to inspire. My friend stumbled across the link in an article written just last month by a respected journalist, Leigh Sales, who responded to a question: “What would you read if you only had three months to live?” J. K. Rowling’s speech made it into Sales’ top 10. The Harvard Magazine has posted both a video and the transcript of the speech.

Looking for grist for this month’s article I noticed how much of J. K. Rowling’s real-life experiences are mirrored in recent positive psychology research. It then occurred to me that a speech such as this must have already caught the attention of other PPND writers. Sure enough Caroline Adams Miller wrote a PPND article here in June 2008, having attended the speech in person. She said, “Although I knew she’d be entertaining, I had no idea how profound Rowling’s talk would be, nor how tightly entwined her speech would be with the themes and message of Positive Psychology.” I recommend Caroline’s article, which summarizes the key themes in Rowling’s speech.

In this month’s article below, instead of repeating what Caroline observed in 2008, I share with you what inspired me.

J. K. Rowling’s speech was about sharing lessons learned. She had two key themes: the benefits of failure, and the importance of imagination in finding empathy. I wanted to discover what else we could learn from Rowling, so I engaged in bit of strengths-spotting and found that there are far more than just the two lessons. From Rowling’s experience we learn that a good life involves many things including the following: (Ones in bold correspond directly to VIA character strengths.) 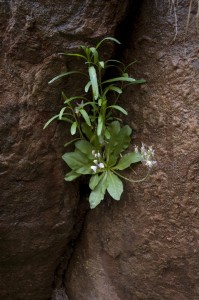 In J. K. Rowling’s Own Words

To give you a sense of some of what she writes, here are some of my favorite quotations from the speech about living well and wisely. (The subheadings are my interpretation.)

Reach for a growth mindset: “Talent and intelligence never yet inoculated anyone against the caprice of the Fates, and I do not for a moment suppose that everyone here has enjoyed an existence of unruffled privilege and contentment.”

Living life fully includes failure: “It is impossible to live without failing at something, unless you live so cautiously that you might as well not have lived at all – in which case, you fail by default.”

Finding one’s own path: “I was striking an uneasy balance between the ambition I had for myself, and what those closest to me expected of me.” “I stopped pretending to myself that I was anything other than what I was, and began to direct all my energy into finishing the only work that mattered to me.” 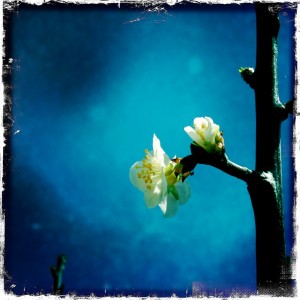 Hope: “Now, I am not going to stand here and tell you that failure is fun. That period of my life was a dark one, and I had no idea that there was going to be what the Press has since represented as a kind of fairy tale resolution. I had no idea then how far the tunnel extended, and for a long time, any light at the end of it was a hope rather than a reality.”

Humility contributes to happiness: “… personal happiness lies in knowing that life is not a check-list of acquisition or achievement. Your qualifications, your CV, are not your life, though you will meet many people of my age and older who confuse the two. Life is difficult, and complicated, and beyond anyone’s total control, and the humility to know that will enable you to survive its vicissitudes.”

Courage and imagination: “Choosing to live in narrow spaces leads to a form of mental agoraphobia, and that brings its own terrors. I think the willfully unimaginative see more monsters. They are often more afraid.”

From the inside out: “Quoting Greek author Plutarch: What we achieve inwardly will change outer reality.”

Having an impact: “We touch other people’s lives simply by existing…that is your privilege, and your burden.”

Failure is not always failure:  Rowling explains how she ‘failed on an epic scale’ before her life turned around yet perhaps it’s not failure at all “… rock bottom became the solid foundation on which I rebuilt my life.”

“I wish you all very good lives. Thank you very much.” (J. K. Rowling’s closing words)

When you read Rowling’s speech what resonates with you and why? What are your favorite quotes and what do they mean to you? Who would you recommend this speech to?

How to Win Friends and Influence People the Positive Psychology Way

I Get to Work: Reframing Unemployment in Tough Times

Hi Amanda,
Thank you for sharing this. It was truly inspiring. My favourite quote is: “It is impossible to live without failing at something, unless you live so cautiously that you might as well not have lived at all – in which case, you fail by default.”

This resounds with me because when I was younger I was afraid of failing and I was certainly embarassed and set back when it happened. Positive Psychology helped me to see failure as a learning experience. That it is only through failure that we know we are pushing the envelope on our skills and abilities. Now when I am criticized or not successful in certain endeavors I congratulate myself for being so bold as to try – to put myself out there. It’s still not easy, but it is getting easier.

With more and more people I encounter, failure is always the hardest to accept and yet the most successful people I know have failed the most in their lives.
Louisa

This is great. It is only predictable that one with such an imagination and understanding of humanity as to write books with the success of the Harry Potter series would be so incredibly wise!

Nietzshe said that he would wish hardship, pain, misfortune, and failure upon his best of friends in order for them to truly experience the beauty of life and their own selves. In the novel, “Zorba the Greek” the narrator says, “When everything goes wrong, what a JOY it is to test your soul and see if it has endurance and courage!” It seems to be the common theme that lies under our noses. We must not fear pain nor seek it, but embrace it for what it is in order to live fully.

Now Rowling also speaks of finding one’s own path. I seem to be struggling with that somewhat. I have always been one to be good at a number of things and not truly great at any. However, I know that I could be great if I only allowed myself to focus all my energies on one endeavor. However, I tend to let myself get distracted before I am fully engaged in training or producing a result. For example, I am at NC State and I have switched majors in the last year, and am still unsure of the direction I wish to focus within my major. A minor example, but in this world of seemingly endless choice I think most (particularly Westerners) can empathize with the paralysis of choosing among an plethora of options. Obviously the fear of loss is taking over my anticipation of gain. I’m certainly inclined to question my Affective Forcasting.

So I am wondering if you have any suggestions on how to center yourself and begin to realize the direction you truly wish to follow, or maybe some exercises that one can perform to identify their interests and heartfelt desires for/from life.

Outside of the VIA, I have already taken it!!!

Thank you so much! I look forward to your response!!

Great article, Amanda. Smart application of strengths spotting. I am now inspired to listen to Rowling’s speech, whereas I otherwise would not have.

Thank you for your comments Ethan, Ryan and Louisa.

Ethan, from what I know based on my own and others’ experiences, take steps forward which are at least in the direction of some of your energies. Don’t wait to find the ideal future first otherwise you will stall – as you say, paralysed. It sounds like you’re also affected by the paradox of choice (Barry Schwartz).