To continue last month’s discussion of forgivness, Part 2 highlights some key points from two recent articles about workplace forgiveness. It then presents some practical tips from people who practice forgiveness at work.

The two articles, one by Charles Kerns and the other by Susan Madsen and colleagues, emphasize that the benefits gained from practicing forgiveness at work are so compelling and persuasive that all good leaders and managers could benefit from creating cultures of forgiveness.

“Forgiving requires the manager to accept the responsibility and challenge in accepting others as human persons with and without their faults, and learning to live together without sustained anger and resentment.” (Madsen et al) 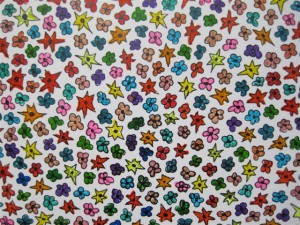 The nature of work is such that perceived transgressions, annoyances, interpersonal conflict, arguments, disagreements, and mistakes are bound to occur. It can be hard work to find ways to move beyond these situations in order to work productively together. When employees practice forgiveness, the benefits at work include:

“Forgiveness has been shown to motivate employees to ‘extend acts of conciliation and goodwill toward the offender and to overcome social estrangement’, which makes the working relationship between individuals more effective and productive. Forgiveness is actually a type of ‘problem-solving coping strategy in that it reconciles conflicting parties and salvages the social relationship for future interactions’. When resentment and other negative feelings between co-workers exist, it is very difficult to maintain current levels of job performance let alone improve it.” (Madsen et al)

Repeating a theme introduced last month, forgiveness is not a weakness. It is not about condoning poor behavior or offenses. According to Madsen and colleagues, it is not about “letting someone off the hook, forgetting, giving up or giving in, or being soft. Authentic forgiveness is none of these.” To forgive takes great power. Strengths we can use to help to be more forgiving include: self discipline and self-control, courage, compassion, empathy, creativity, open mindedness, perspective, kindness, and leadership. And humility….

“When people do not see beyond their own needs and desires, it becomes difficult for them to practice forgiveness. They are not disposed to forgiveness, and expect things to go their way in most organizational encounters. Egotistical people are more likely to perceive transgressions and transgressors in unforgiving ways.” Charles Kerns

I asked Kathryn Britton, who wrote a recent PPND article on Humility, for her views on how humility helps to build forgiveness:

“Humility means not setting yourself apart from others, not believing yourself specially deserving or endowed. It means being open to new information that contradicts previous opinions. Humble people are probably less intense about the perceptions of injury in the first place and more open to perceiving the other person’s point of view. They may also be more likely to think, “There but for the grace of God go I”.”

How do people achieve forgiveness? A number of clients and friends shared their insights: 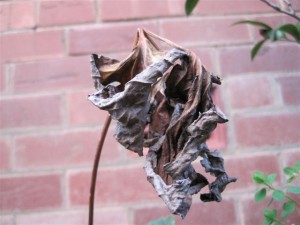 The final perspective to leave with you is this one offered by Sue Hays at the Canberra Mindfulness Centre about the emotions we harbor when we hold a grudge. I explained that many discuss the notion of letting go of those emotions. Sue offered this alternative: “Forgiveness can be easier if you don’t try to let go of the emotions that arise when holding grudges. Instead, practice ‘letting be’. Notice, accept, and then turn your attention to growing something new. Growing the new means turning attention away from feeding the past. Let the old just wither away with non-attention”.

We all tend to be biased to attribute our own mistakes to circumstances (eg. “I’m sorry I cut you off, but I was running late to work.”) and the mistakes of others to who they are (eg. “that guy cut me off . . . what a jerk!”) One pathway to forgiveness is to flip this thinking. If we would examine the things we do that hurt people by asking ourselves, “is this who I am?” and then examine the actions of others by asking, “I wonder what situation/circumstance caused them to act this way?” it would be easier to accept the transgressions of others as a reflection of our nature as imperfect beings that are regulary tested by a variety of challenging circumstances.

Thanks for the article — this is an important and interesting subject. Is there any research supporting the usefulness of the suggested techniques as promoting forgiveness? In my personal experience when I was transgressed against such techniques made no discernible change in my feelings toward the trangressor — nor did they reduce the negative and uncomfortable sense of stress and tension those feelings induced. While I intellectually knew forgiveness was better, and read about numerous exemlars of forgiveness such as Gandhi, Martin Luther King, and Abraham Lincoln, I didn’t find meaningful relief,

There was no shortage of advice or suggestions at the time, but I would love to see some references to studies comparing doing nothing to doing a particular intervention and seeing whether there is any technique that really stands out.

Hi Jeremy: interesting insights. I like the idea of turning “is this who I am?” into “who will I be” or “who do I want to be”. Your second point about the actions of others seems to fit nicely with the REACH model, which suggests that we empathise with the other person and to see the world through their eyes. I particularly liked your comment about imperfections, and how perfectionistic tendencies could make us unforgiving of ourselves and others. Thanks!

Hi M: My understanding is that the REACH intervention is well validated: here is the link which was at the end of the article. http://www.has.vcu.edu/psy/people/worthington.html. And colleagues have put this theory to practical use, which is heartening (theories work!). Finally, a word of warning, forgiveness is not the silver bullet and we need to remain open to many paths to getting through life’s challenges. Not everyone finds forgiveness helpful. Those who do find it enormously powerful. Others say they need to many things first before they are strong enough or ready to forgive. Thanks for your comment, I hope this helps.

Bravo! On letting be and becoming more forgiving, your article was was very encouraging.

Forgivness is letting go of the hope for a better past. The quicker we can get to accepting “what is” and making the best out of it, the quicker we heal. I agree with seeing the situation from the other person’s point of view. Most of our hurt and anger comes from our perception that someone did something maliciously or deliberately, which is rarely the case. If they did, then we can apply compassion, understanding that the person must not feel good about themselves to have had to do something heinous to make themselves feel good, rather than act from their core values.

Alfreda – thank you!
Chris, a wonderful perspective about hoping for a better past. Your point also is that whether people hurt us intentionally or not, compassion and understanding is called for in both situations. Finally, by bringing in values, if we believe that someone has not acted on their values, there is a very strong argument that we should act on ours, and not stoop to a reaction which is in contradiction to what we hold dear.

All the best
Amanda