Have you, or has someone you know, been annoyed, hurt, or wronged by another person? Are you still holding onto that hurt? Are you hanging onto baggage, giving power to the past, being held back from moving on, being controlled by the past, or holding onto toxic negativity?

Forgiveness is the “queen of the virtues”; it “frees us from the troubled past”; it is about “finding a way to free oneself from the claws of obsession about the hurt” (Christopher Peterson, 2006)

My client, colleague, and friend, Yencie, and I examined this question based on our interesting experiences and conversations about the application of positive psychology in the workplace, in particular how forgiveness is relevant in organizational well-being and health. In this we have also drawn on some writings by experts in this area.

When working with people and teams on this area, we have observed rich and insightful discussions about the role of forgiveness in the workplace. Far from being seen as soft and irrelevant, executives say that forgiveness is essential if people are to lead successful lives, projects, teams, and organizations. Forgiveness is an act of strength, courage, and discipline, and requires great self awareness and perspective.

The ramifications of unforgiving teams can be destructive. The effects of unresolved issues amongst team members can lead to high levels of absenteeism, high levels of staff turnover, poor team performance, and poor health. Effective team management relies on being able to forgive one another and move on.

During a workshop, participants highlighted a number of areas where forgiveness impacted their work outcomes. The group determined that in order to be a high performing team, learning to forgive others is not only important for the leader but for the team itself. They identified the need to build a “culture of forgiveness” where people learn to identify collective and individual wrongs, to support each other through the journey of forgiveness, and to let go of past mistakes.

“When we refuse to forgive someone who has wronged us we rob ourselves of the ability to influence or impact them. And we live in the prison of our own unforgiveness because what we cannot forgive we cannot let go of” (Addington, 2008).

Forgiveness is not condoning, nor pretending that a wrong is right. The process of forgiveness benefits us more than the person who has wronged or hurt us. It allows us to see the big picture, and releases us to move into the present moment. It is difficult to look ahead until we begin to forgive and to have a desire to move on. Forgiveness is not easy, nor quick; it happens in small stages. It is a process that transcends the rational mind and calls on our wisdom. It’s not just another way of thinking, it requires a transformed mindset and new patterns of behavior.

However the benefits are worth working towards:

David Bright (Assistant Professor in the Department of Management at Wright State University) suggests that there are three modes of reaction to a hurt or transgression: 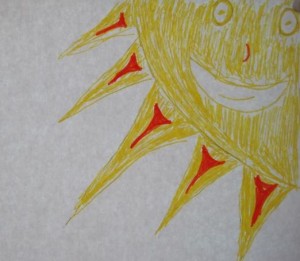 Forgiveness “enables the offended person to transcend negative emotions, to think broadly about the negative experience, and to consider how it might lead to positive outcomes. Negative experiences present an opportunity for learning. From this perspective, forgiveness becomes a life-choice and an opportunity for achieving one’s highest potential as a person or leader.” (David Bright, 2006)

Next month I will continue on this topic of forgiveness at work, by referring to selected recent writings and journals on this topic. If you would like me to consider topics specific to forgiveness, just leave a comment here or send me an email.

Turner, D. (2007). The Miracle and the Irony of Forgiving. Positive Psychology News.

Amanda, I always look forward to your articles because you bridge so well Positive Psychology theory with practice, and shine a light on topics not often discussed in the corporate world. Your article will be a great pre-read for future team and partnership coaching sessions. Thank you!

Hi Amanda,
Thanks for this post!
As you already said it, forgiveness is a pillar in the letting go method.
It definately helps to become happier, as we let our pain goes away by forgiving someone else.
I am so agree with you.

But then, what to do if you have made something bad which occurs pain to someone else? How to let it go?
How to let it go this regret or remorse feeling?
Would it be sufficient to forgive ourself? Would it not be better to get the forgiveness of the ones offended?

Thanks in advance for your reply.
Francois

An excellent insight into the strength gained by forgiveness. In a sense, it is a strength that allows us not to be victimized by the actions of others. Francois poses an interesting question concerning self-forgiveness. To build upon his question… Should the person equate their ability to self-forgive with the acknowledgment that they have wronged another and not with the acceptance of this acknowledgment?

Amanda – was going to ask how self forgiveness fits into all this. Self forgiveness is a big part of self compassion, and seems to predict lots of useful outcomes

Hi Amanda, thank you for focusing on this topic. I find it very interesting because it’s one of the issues I continue to struggle with – in both directions (self-forgiveness and forgiving others). I have a saying (obviously not a very positive one) “I forgive but never forget” and do not know how to overcome this mindset.

Will be looking forward to the part 2 of the “Letting go” article and hope it would include, aside from the workplace application, an individual/personal approach as well. Thank you for all the great articles so far! They have been an inspiration to me, many times 🙂

Forgiveness and Mercy is one of my top 5 VIA character strengths. This was always counterintuitive to me since I don’t often find myself going around performing merciful acts or forgiving people. Having analyzed this strength within myself and discussing with others, I now believe there are two elements to forgiveness. One is the act of forgiving and the ability to “let go”. The other is more of an accepting or yielding which gives a person a higher threshold before they feel transgressed upon. In the latter case, there is no need to let go since you never held on in the first place. James Pawelski wrote a great paper on this (not sure if it was ever published), called the “Yielded Life” as a new pathway to happiness by accepting things as they are.

Jeremy – I was wondering the same thing re acceptance. Acceptance is also the essence of mindfulness

I have been holding on to a certain issue in my life that poisons my daily activities. Although it is not work related it rends to bleed into all aspects of my life in cluding work, school, and my home life. If I could just make mtself let go and forgive my life would be so much easier. As time goes on it does get easier but I still torture myself daily.

Mike, it must be difficult for you to live with this issue. Naturally something which impacts us so deeply impacts all parts of our lives. Forgiving is not an easy thing to do, nor is it a quick process, however the readings suggest (backed up by anecdotal reports) that it is possible and it can be done.

Can you go here to Doug Turner’s article https://positivepsychologynews.com/news/doug-turner/20070615298 – you will find some more practical help here, and links to follow. I highly recommend this article.

All the best, Amanda

Margaret – thank you, please do share the article. Like you, I find the PPND articles great readings for clients.

Francois – yes, self forgiveness is definitely something you can do, as well as compassion for self, non-judgement and so on. The research definitely supports that others find it easier to forgive a person if that person apologises. So if you feel you can talk to that other person, it is likely to help you both.

Kevin – can you explain more about your comments about acknowledgement / acceptance? Your comment that forgiveness is a strength-builder; not only is forgiveness a strength, the act builds greater strength. Wonderful.

Wayne – yes, self forgiveness is critical, and we didn’t raise this in this article. There is indeed a lot of good research about the benefits of compassion at work, and I’d guess that strengths of self compassion would help us to be more forgiving.

Danijela – Thanks! Forgiving does not mean forgetting. You might need to remember what one does, to be aware in the future. You can still continue to forgive them. If you let go of the need to forget, can you focus your energy on forgiving?

Jeremy – this is a fantastic comment. If we can learn to let go before we ‘feel transgressed’ we are already ahead of the game. Sounds like mindfulness to me 🙂

Wayne again – I’m responding to the comments in sequence and see you too have leapt on our favourite topic….

Thanks everyone – I look forward to more from readers about how they practically apply this area.

I had a dream where someone I deeply admired told me,”Forgiveness is the key to creativity”. Wise words from my uncsoncious mind! 🙂

Kath – I like this. There has been some chat amongst those interested in strengths and the VIA about the interconnection. For example, how can some strengths help to build forgiveness. And here you help us to see that forgiveness helps us to build the strength of creativity. Of course it makes absolute sense. A future-focus without negativity holding us back must surely help us to be more open, interested and creative.