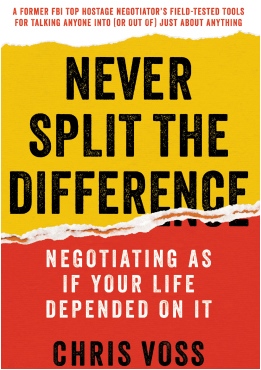 Senia Maymin is the founder and editor-in-chief of PositivePsychologyNews.com. She was the series editor for the Positive Psychology News book series that recently published the first book, Resilience: How to Navigate Life's Curves. (Bio, Articles)

What should you write in an email if you want a response within minutes? Why is it a good strategy to get your negotiation counterpart to say “No”? These are two of the questions that Chris Voss addressed to a standing-room-only audience at a Watermark event on June 30, 2016. Watermark is the largest women’s membership organization in the Bay Area in California. 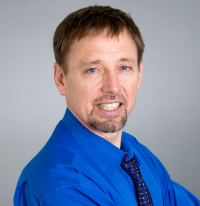 Who is Chris Voss?

Chris Voss is a former FBI hostage negotiator. In his new book, Never Split the Difference: Negotiating As If Your Life Depended On It, he proposes techniques that lead Wharton professor Adam Grant to say, “This book blew my mind.”

In the Watermark talk, Voss offered several counterintuitive techniques for negotiation. He backed them up with examples from negotiating for hostage release as well as with personal examples that were usually funny and unexpected. While Voss didn’t highlight the research angle in his talk, his book generally backs up his techniques with thorough support from psychological research.

What were his counterintuitive techniques?

Here’s a sampler of the techniques he discussed:

Even Chris Does Not Find This Instinctive

Despite the fact that the standing-room-only audience nodded and agreed, Voss himself didn’t use his own technique at the end of his talk. He invited people to buy his book. Several audience members called out statements such as, “Don’t you mean, ‘Is it a crazy idea for you to buy my book at the end of this talk?'”

Author’s Note: Watermark is based in the Bay Area in California and runs events such as the Watermark Conference, the Watermark Leadership conference this coming Friday, and others. Additionally, Watermark runs many webinars and virtual events for women across the globe all throughout the year. Here’s a link to the upcoming webinar schedule.

Voss, C. (2016). Never Split the Difference: Negotiating As If Your Life Depended On It. New York: HarperCollins.

This is the Positive Psychology News Daily site. Please contact us if you would like to participate as a guest author. Editor S.M. is Senia Maymin, in the role of editing for the site.

Parents as Partners in Education

What Am I Doing, and Why?

How fascinating and informative. Many thanks!